The National - Opec's president calls for an earlier meeting of producers 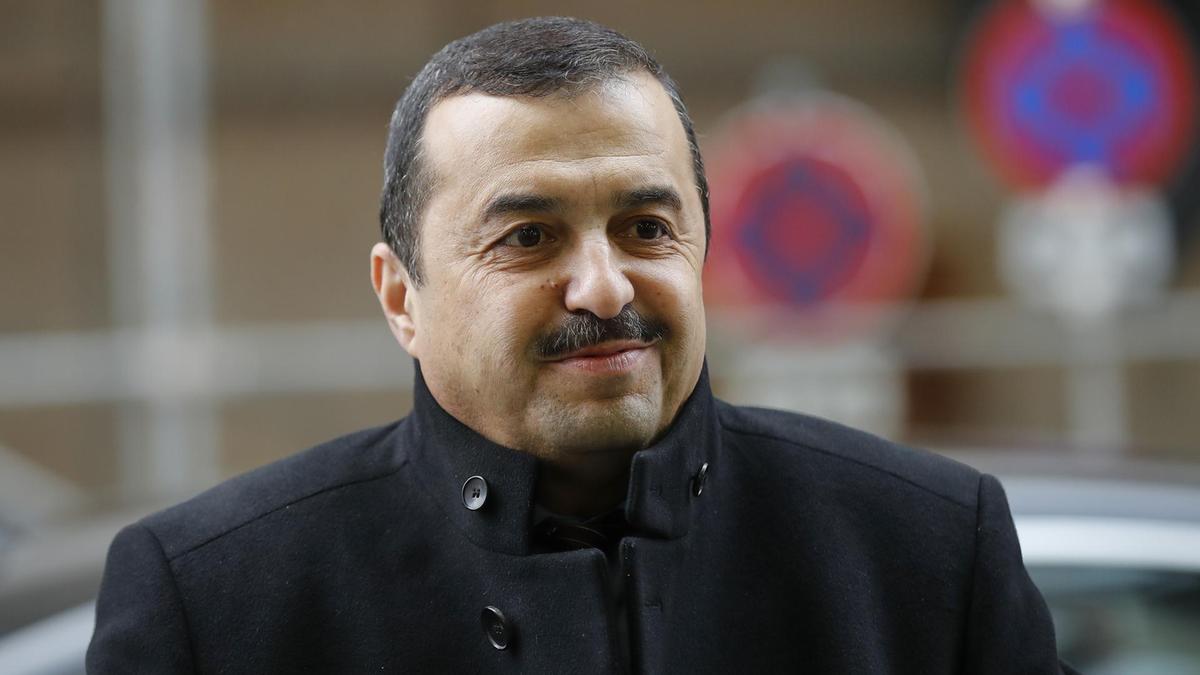 Opec president and Algerian energy minister Mohamed Arkab urged members of the exporters’ group as well as producers of a global pact to curb production, to consider an earlier date for their June meeting.

In a letter sent to members of the Opec+ alliance, seen by The National, Mr Arkab proposed advancing the date of the Opec conference and Opec+ meetings to June 4 instead of 9 and 10.

He said reports of low levels of conformity to the Opec+ pact, which rolls back more than 9.7 million barrels per day in May and June "may have an adverse impact as soon as markets are open on Monday,” the letter read.

Mr Arkab urged ministers to share “positive messages” of conformity with the pact and indicate actual levels of commitments made.

Mr Arkab’s proposal would allow producers to factor any policy changes to the Opec+ cuts ahead of their monthly “nominations”, which refer to crude allocated for export.

Russian President Vladimir Putin and Saudi Arabia’s Crown Prince Mohammed bin Salman have pledged to work in close co-ordination ahead of the meeting, which has been viewed as a welcome development for oil markets.

The 23-member alliance is set to meet virtually to review production cuts, which are set to be reduced gradually through tapering until 2022.

Brent, the international benchmark for crude, settled 5.02 per cent higher at $37.84 per barrel on Friday, while West Texas Intermediate, the key US gauge, closed 5.28 per cent at $35.49 per barrel.

"Much of the gains in the benchmarks came towards the later part of the week. The primary factor driving the current rally include Opec and other non Opec producers scaling back on their output by more than market expectations in order to normalise the supply side of the market,” said Vijay Valecha, chief investment officer at Dubai-based Century Financial.

Saudi Arabia, which leads the alliance with Russia, is cutting a further million bpd of supply from the markets in June, bringing its total output curbs to 4.8m bpd. Production for the month of June for the world's largest oil exporter is expected to average 7.492m bpd.

Kuwait will also cut an additional 80,000 bpd, while the UAE is committed to further reductions of 100,000 bpd.

Opec's second-largest producer Iraq, which has traditionally shirked from slashing production, pledged to cut 300,000 bpd bringing its total restrictions to just under 700,000 bpd.

Oil prices have steadied to a rally after the US benchmark fell to -$40 per barrel ahead of the expiry of the May contract in April. Brent also slumped but managed to recover to a 40 per cent gain for May.

The International Energy Agency softened the drop in its global oil demand forecast for 2020, estimating a fall of 8.6 million barrels per day, and said the "heaviest demand destruction" seen over the past few months may be over.

The gradual relaxation of restrictions on movement across the world is helping boost demand for crude.

"The improvement in spot prices was matched by steady gains in the structure of the forward market," said Edward Bell, commodity analyst at Emirates NBD bank. "The excessive contango of the last few months appear to be behind the market thanks to a considerable drop in production.”

Oil consumption is unlikely to recover to" pre-coronavirus levels", he said, adding, but the scale of demand destruction may be far less than the market initially feared.