The National – Protect your portfolio as recession storm clouds gather 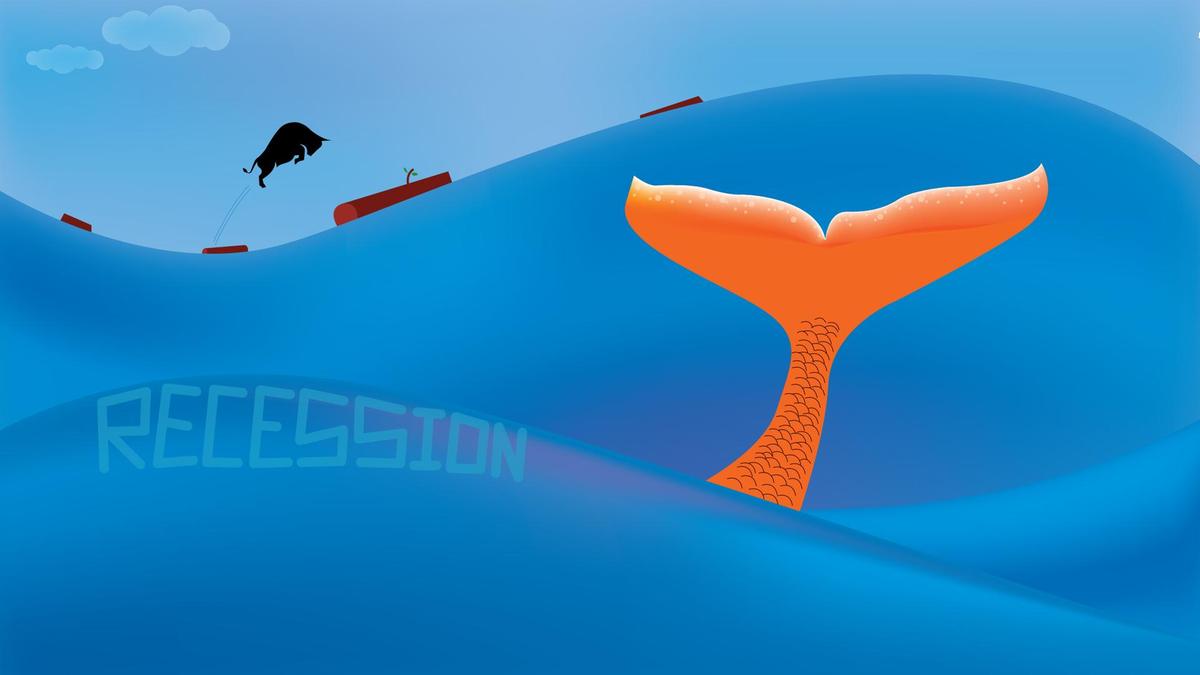 Recession warnings have been coming thick and fast lately. This is nothing new as analysts have been warning about an imminent downturn ever since the last one – and it hasn’t happened yet.

Instead, the world has enjoyed more than a decade of largely unbroken growth, and the longest US stock market bull run in history.

Investors who ignored the doom-mongers and kept their money in the market have reaped the rewards, while those who fled to the safety of cash have endured years of near-zero returns.

That means a recession is now starting to look overdue, with Chinese growth at a 28-year low, growing fears of an Italian debt crisis, Europe slowing in general, the US-China trade war dragging on and Brexit sucking the UK into a political and economic black hole.

Policymakers are stepping in because of economic weakness, and we are going to need to see the data improve. Calls for ‘green shoots’ seem premature – Luca Paolini, Pictet Asset Management.

The next global shock could be worse than the last, as the world will enter it with record debts plus central bankers have used up most of their ammunition, such as quantitative easing (QE) and near-zero interest rates.

Citigroup has just advised clients to reduce exposure to riskier assets to withstand the coming storm, which it blames on the US Federal Reserve hiking interest rates and tightening monetary policy too soon.

So, what impact will a recession have on your portfolio and how should you hedge against it?

Is a recession really going to happen?

It may seem odd talking about a US recession when the country’s stock markets have done so well this year.

James Bateman, chief investment officer, multi-asset, at Fidelity International, says after suffering its worst quarter since 2008 in the final three months of last year, the S&P 500 has enjoyed its best quarter in a decade.

The rebound follows the US Federal Reserve’s move to ease back on interest-rate increases, which drove up borrowing costs and the dollar, and squeezed emerging market countries that had borrowed heavily in the greenback.

Investors are now pinning their hopes on a resolution to the US-China trade dispute, and further stimulus from the European Central Bank and the Chinese authorities, but Mr Bateman sys investors may be getting ahead of themselves as economic fundamentals continue to deteriorate.

“Policymakers are stepping in because of economic weakness, and we are going to need to see the data improve,” he says. “Calls for ‘green shoots’ seem premature.”

Another red flag is that credit quality has deteriorated, as firms have much more debt on their balance sheets.

US stocks look expensive and ripe for a correction as higher wages squeeze profit margins, while this year’s powerful rally may have made things worse, Mr Paolini adds. “It has lifted equity valuations to levels at odds with our downbeat expectations for corporate profit growth. This has prompted us to cut equities to underweight and upgrade cash to overweight.”

Is it time to stock up on cash or bonds?

If you are worried, how do you hedge? Stocking up on cash is a favourite strategy in times of trouble, favoured by Mr Paolini and many other fund managers.

There was a dash into cash last summer, when the Bank of America Merrill Lynch’s monthly survey showed fund managers were keeping cash holdings at historically high levels of 5 per cent as trade war fears grew.

Its survey last month showed cash holdings still high at 4.8 per cent relative to the long-term average of 4.5 per cent, while a record net 34 per cent of investors found equities to be overvalued, the most in 17 years.

The US was seen as the most overvalued region, while emerging markets and eurozone equities were seen as undervalued.

Mr Bateman is also taking a “more cautious view” on equities and reducing his exposure to shares. His preferred bolthole is government bonds. “Our team is maintaining exposure to US Treasuries, UK Gilts and Australian government bonds, which we prefer relative to cash for defensiveness.”

Is gold the best solution?

Gold is the classic hedge against recession, a safe haven whose price typically rises when riskier assets such as stock markets and property fall.

Ole Hansen, head of commodity strategy at Saxo Bank, says gold sits alongside government funds, the US dollar, Swiss franc and Japanese yen as “the go-to markets during a recession when capital preservation becomes more important than capital appreciation”.

He compares them to taking out an insurance policy, one that protects you against adverse movements in stocks, corporate credit and real estate.

Gold is often described as a “non-correlating asset”, because it will often move in the opposite direction to stocks during a recession, Mr Hansen says. “There have been seven recessions since 1965 and gold rose during five while only suffering a noticeable decline in one.”

Gold is also seen as a hedge against inflation, which may explain why its price has performed poorly in today’s deflationary world, falling 7.55 per cent over the past year, and 24 per cent over five years.

Whether it will rise in future depends on what happens with inflation. QE and low interest rates failed to stoke inflation, but Mr Hansen says the next set of stimulus might be different.

For example, central bankers might take more direct action, such as targeting a GDP growth figure, or even controversial “debt monetisation”, where central bankers borrow money without having to repay it, thus increasing the money supply and inflation. “If this happens, gold could quickly play its role as something that retains its value relative to other assets,” Mr Hansen says.

He adds that the chances of this happening “look asymmetric to the upside”, in other words, more likely than not.

Most advisers say investors should hold around 5 or possibly 10 per cent of their portfolio in gold to benefit from negative correlation with stock markets. One option is a fund such as ETFS Gold Bullion Securities (GBS).

What other hedges are there?

Vijay Valecha, chief market analyst at Century Financial in Dubai, favours the US dollar. “I would primarily be buying this against risky currencies such as the euro, Australian dollar and emerging market currencies.”

Hedging does not have to mean dumping equities altogether. “One can look to invest in defensive stocks whose business model is largely unaffected by recession, for example, in healthcare, specialised utility sectors such as waste management, water supply and consumer staples. “Look for ETFs targeting these sectors such as iShares US Healthcare ETF Shares (IYH), iShares Global Consumer Staples ETF (KXI), First Trust Utilities AlphaDEX Fund (FXU).”

Investors certainly should not dump all their stocks just because they think a recession is looming, as this has been a losing strategy for the last decade. A little bit of hedging could go a long way, though.