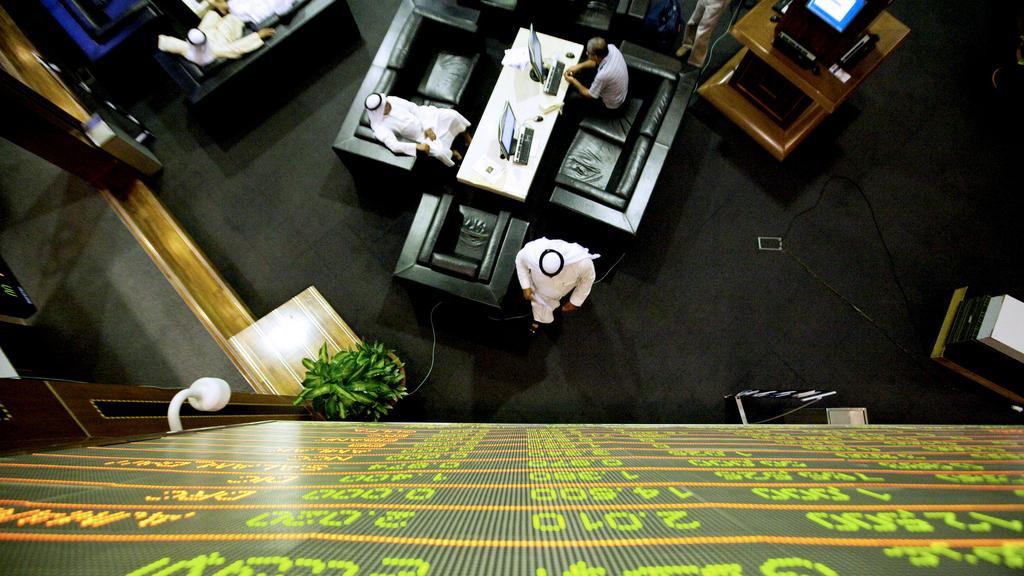 Most regional equity markets fell sharply yesterday, tracking the global slump on Friday as tensions between the US and Iran escalated following the killing of one of the Islamic republic’s top generals in Baghdad.

Qassem Suleimani, the head of the Islamic Revolutionary Guard Corps’ foreign operations branch, the Quds Force, was killed in a rocket strike ordered by US President Donald Trump. The incident pulled US and most European and Asian markets lower. Oil prices shot up with the rise in geopolitical risks and gold rose sharply to a four-month high as investors swapped riskier equities with haven commodities assets in their portfolios.

In Kuwait, the main index declined 4.1 per cent, paring a rally which made it the best-performing Gulf index last year. Dubai Financial Market General Index, the main benchmark for the emirate’s equities, plunged 3.1 per cent, Abu Dhabi Securities Exchange slipped 1.4 per cent, Bahrain’s index slumped 2.26 per cent and Muscat Securities Market fell 0.3 per cent at the end of the trade yesterday. Saudi Arabia’s and Egypt’s main bourses dropped 2.4 per cent and 4.4 per cent, respectively.

“Not surprising, the Gulf markets are reacting negatively given we are in the middle of all the geopolitics action. We fear this can be an overhang over the next few months and not just a one-day or week thing,” said Vrajesh Bhandari, senior portfolio manager at Al Mal Capital.

Companies that have direct exposure to Iran and Iraq or stocks with a high percentage of foreign ownership would be most vulnerable to price changes, he said. “We would also see rotation into cash & defensive companies with strong cash flows and dividends.”

Equity losses in Dubai were led by UAE shipping company Gulf Navigation, which ended the day’s trading session with an almost 10 per cent decline. Dubai-headquartered investment bank Shuaa Capital slipped 9.6 per cent and Amanat Holdings closed down 8.9 per cent.

Blue-chip financial and real estate sector companies also weighed heavy on the index. Dubai Islamic Bank, the UAE’s top-listed Sharia-compliant lender, and Emirates NBD, the biggest bank by assets in Dubai, fell 2.5 per cent and 3.1 per cent, respectively. In the property and construction sector, Emaar Properties, the biggest-listed developer, and Damac Properties, which boasts Trump-branded golf courses in its portfolio, declined 3.7 per cent and 7.7 per cent, respectively. Arabtec, the biggest contractor in the UAE, fell 6.2 per cent.

Abu Dhabi index was weighed by financial sector stocks, with Waha Capital shedding 6.7 per cent. The UAE’s largest lender, First Abu Dhabi Bank, and the emirate’s biggest sharia-compliant lender, Abu Dhabi Islamic Bank, also ended the day in the red. Sharjah’s Dana Gas, which has interests in the Kurdistan Region of Iraq, was down 6.6 per cent.

Saudi Arabia’s Tadawul, the biggest Arab bourse, was dragged down by Saudi Aramco, the world’s biggest oil-exporting company, which slipped 1.7 per cent. Al Rajhi Bank, the biggest retail lender in the kingdom, tumbled 2.1 per cent and Sabic, the top petrochemicals producer in the Middle East, lost 1.5 per cent.

In Kuwait, the index was dragged down by a 6.3 per cent drop in Gulf Bank’s shares, while National Industries fell 6.2 per cent.

“The outlook for major Middle Eastern indexes remain extremely grim as the ongoing tension between arch-rivals US and Iran is unlikely to die down any time soon,” said Vijay Valecha, chief investment officer at Century Financial in Dubai.

“Over the entire medium to long-term horizon, earnings are likely to get impacted ... especially in sectors such as real estate and banking.”

However, should the oil price rally that began on Friday continue, stocks of Aramco and petchems producers are likely to rise in values.

On Friday, global stocks were lower with the S&P 500, the main equities benchmark in the US, dropping 0.7 per cent, its biggest loss in a month. The Dow Jones Industrial Average fell 233.92 points or 0.81 per cent. The Nasdaq Composite index also dropped 71.42 points or 0.8 per cent.

The Japanese yen, traditionally considered a safe haven currency, rose 0.5 a per cent against the dollar to a two-month high, while in commodities gold prices climbed, racing past the key $1,550 an ounce level, as investors swapped looked for safer bets.