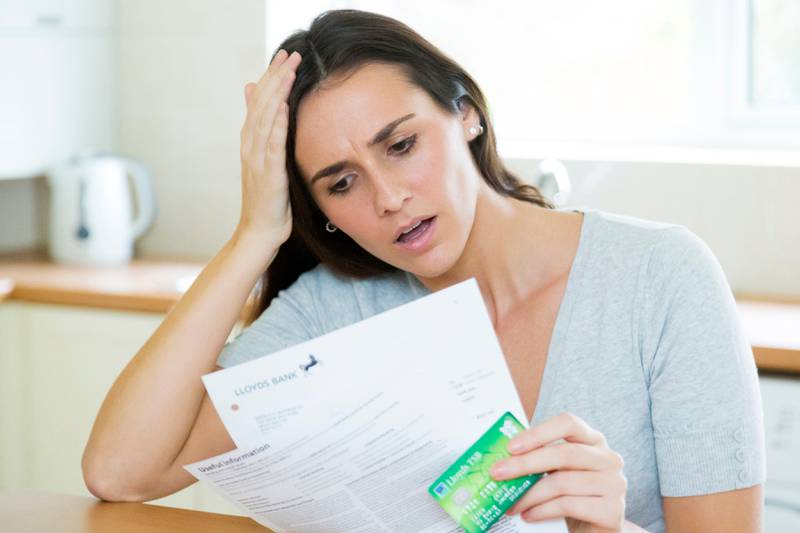 Unmanageable debt levels can be overwhelming for many people. After the coronavirus pandemic caused unprecedented financial challenges for individuals and families, many borrowed more money to help manage their situation.

This borrowing can take the form of high-interest credit cards, buy-now-pay-later loans, personal loans, car loans and other forms of debt.

Consumer debt and credit in the US rose 1.7 per cent in the first quarter of this year to $15.84 trillion, the Federal Reserve said last month. The rise in total household credit was propelled largely by a $250 billion increase in mortgage debt, which now stands at $11.18tn, an increase of 10 per cent from the first quarter in 2021.

Credit card balances amounted to $71bn, about 9 per cent higher than they were for the same period a year ago, the Fed said. The rise in debt comes at a time of rising US consumer price inflation, which hit a four-decade high of 8.6 per cent in May.

Inflation rose to an annual 4.6 per cent in Dubai in April, from 1.1 per cent in December 2021. The main driver of inflation in Dubai in recent months has been transport costs, which were up 28.8 per cent year-on-year in April, accounting for about half of headline inflation, according to Khatija Haque, chief economist and head of research at Emirates NBD.

We asked personal finance experts to compile their top tips on how pay down large amounts of debt.

1. Pay off the most expensive debt first

“You should continue to pay the minimum on your other, less expensive bills during this repayment method, but focus whatever extra cash you have on the most expensive obligations,” he says.

In contrast, Damodhar Mata, a Dubai-based financial adviser, suggests following the snowball method to make excess payments on debt with the lowest outstanding balance, while paying the minimum due on the others.

“When this debt is repaid, repeat this strategy until you are debt-free,” he says. “You can also consolidate debt to reduce your monthly repayments and interest burden.”

Meanwhile, Ramzi Khleif, general manager at digital wealth manager StashAway Mena, suggests paying more than the minimum balance that is asked by the bank to pay off a big debt quicker.

This way, you can feel an impact on your debt, he says.

2. Budget monthly around the debt repayment

Prioritise your monthly debt repayment as soon as you receive your salary and budget for your month around it, Mr Khleif says.

The rule of thumb for budgeting is the 50:30:20 rule, where 50 per cent should go towards your essential expenses (rent, food, transportation, debt), 30 per cent towards spending on yourself (travel, shopping, dining out, gym) and 20 per cent on your savings and paying off debt.

“Try to reallocate from the 30 per cent or 20 per cent towards the essential expenses, while always taking into consideration your well-being and entertainment,” he says.

People with debt should budget with the intention of having surplus money every month to pay off debt faster, Mr Mata says.

“If you continue to follow your old spending patterns, you are more likely to remain in debt,” he says.

3. Track your spending and identify areas to cut back

Mr Valecha suggests keeping track of your spending over the course of a month.

Consider moving to a smaller home. It can be a good way to release funds to pay off debts or reduce your outgoings if you have a big mortgage or rent, he says.

“Selling off an extra vehicle in the household may also reduce fuel and servicing fees. This leaves more cash available to pay off dues.”

It is crucial for people to know about their current financial position to decide on a debt repayment strategy, Mr Mata says.

Mr Khleif says one of the biggest financial mistakes a person can make is taking out a loan to settle another loan or credit card.

“You’ll first damage your credit score and then, you’ll find yourself in an endless loop of debt repayment that will morally drain you,” he says.

Mr Mata agrees, saying that it is crucial to stop further borrowing when looking to eliminate debt.

Having an efficient budget with a clear distinction between needs, wants and luxuries and practising delayed gratification can help you avoid further borrowing, he says.

“Remove your credit cards from your wallet completely if overspending is leading you to add to your bills unnecessarily,” Mr Valecha says.

5. Increase your income with a side hustle

Increase your income by taking on a second job or a freelance project, then use the extra money to pay down your debts more rapidly, Mr Valecha says.

Jobs like pet sitting, tutoring and working as a virtual assistant are simple to begin and can help you pay off your bills, he says.

6. Build a debt-free vision board

Mr Mata asks people to imagine their life without debt.

Calculate how much you will save on interest payments and write down what else you can do with the excess money every month, he says.

“Build a vision board to help you visualise and constantly remind you of the benefits of a debt-free life,” he says.

“If you feel overwhelmed with debt and cannot manage it on your own, get someone you trust and respect as an accountability partner. You can also consider joining online communities promoting a debt-free life for additional motivation and strategies.”