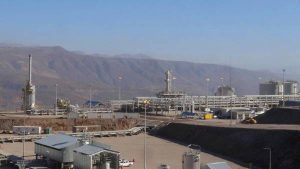 The Abu Dhabi National Energy Company, also known as Taqa, posted a net profit increase of about fivefold for the second quarter as it continued to benefit from higher, stable energy prices.

Net profit attributable to equity holders for the three months ending June 30 surged to Dh168 million, the company said on Thursday in a regulatory filing to the Abu Dhabi Securities Exchange, where its shares are traded.

Taqa’s improvement in performance is due to “higher operational efficiencies” across the oil and gas as well as the power and water business, said Taqa chairman Saeed Al Hajeri. The company was “well positioned for growth” and Taqa is set to deploy its international expertise on new initiatives “with a focus on power”, where it anticipates strong demand in the coming years, especially in the Middle East and North Africa region, he said.

Taqa, which has utilities regulator Abu Dhabi Water and Electricity Authority as a majority stakeholder, swung back to profit last year after posting a record Dh22 billion loss in 2016 on the back of deterioration in the value of assets in North America, Europe and Iraq. Adwea helped steady the firm back into profitability last year by transferring land valued at Dh18.7bn from its own power and water sites, thus swallowing the entire loss of equity value itself.

In its latest quarterly results, Taqa cited the recent handover of management control of its Indian entity Himachal Sorang Power Limited to Greenko East Coast Power Projects for a Dh86m gain as having contributed to its higher profits. The company also reported gains on the sale of land relating to oil and gas assets.

Around 50 per cent of Taqa’s five-fold increase in profit for the second quarter was largely due to the “one-time gain” from the India deal, which “will not continue in the upcoming quarters,” said Vijay Valecha, chief financial analyst at Century Financial Brokers.

“The robust operational and financial performance of the utility sector coupled with sustained cost efficiencies contributed to 50 per cent of the profits,” he added.

He expected the Abu Dhabi firm to sustain its performance on the back of steadier oil prices, but anticipated a slight dip in profit numbers over the coming quarters.

Net profit for the first six months of the year, meanwhile, saw a 148 per cent increase to Dh278m for the same period last year.

Taqa, which has operations in Iraq, Canada and Europe, said revenues remained almost flat year-on-year, with Dh4.26bn registered for the three-month period ending June 30, compared with a year earlier.

Stagnant revenues were mainly due to flat performance from its oil and gas assets. This performance was offset by higher revenue from its utilities sector, which rose to Dh2.43bn for the second quarter, compared with Dh2.38bn a year earlier. Higher fuel and gas storage as well as other operating revenues also contributed to its total revenue for the period.

Taqa’s big earner remains its power and water business, which includes assets in the UAE, India, Morocco, Ghana as well as the US, which delivered steady income.

A higher oil price environment has helped buoy the operator’s profitability across assets in Europe, according to Saeed Al Dhaheri, the company’s acting chief operating officer.

Taqa, which earlier this year transformed its Eider platform in the North Sea to a utility in a bid to extend the life of its fields in the northern hydrocarbons basin, said it would work to continue to revive productioni in the area.

“That means deploying our expertise to extend the life of our oil and gas assets in Europe, and harnessing unconventional technologies and allocating greater capital to the production of liquids in North America,” said Mr Al Dhaheri.

Long-term financing costs for the firm were lowered following the completion of a $1.75bn dual-tranche bond issue in April, which was 4.7 times subscribed.

The company’s cash flow for the first half stood at Dh3.4bn, with liquidity remaining strong at Dh14.6bn, including Dh4bn in cash and cash equivalents, with Dh10.6bn in undrawn credit facilities.