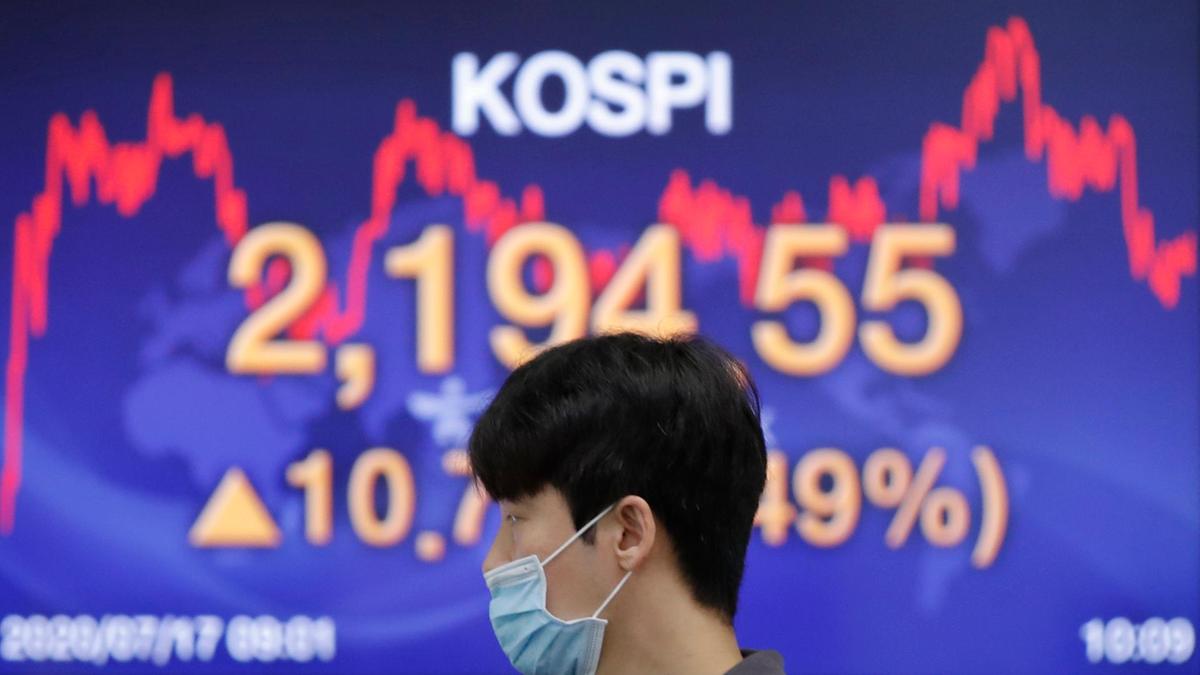 The National : These three factors will drive share prices this year

You may not remember it, but stock markets actually started 2020 in relatively good shape, until the Covid-19 pandemic struck and everything went haywire.

Share prices crashed in March by up to a third as the world economy went into lockdown, only to recover as the US Federal Reserve and other central bankers flooded the world with fiscal and monetary stimulus. Investors and speculators piled in as liquidity fears eased, driving markets to new highs.

Markets seem to be in a holding state for now, as investors are wary of buying ahead of a possible second crash and three major questions hanging over the global economy. These are: will we see a second wave of the pandemic? Can stimulus save us again? And can President Donald Trump win a second term when the US goes to the polls on November 3?

The answers to these questions will dictate where share prices move over the second half of the year.

Will we see a second wave of Covid-19?

There is plenty of talk about whether we will get a second wave of the coronavirus, but the truth is we aren't done with the first one yet.

World Health Organisation chief Tedros Adhanom Ghebreyesus says the virus is not under control in most of the world and is actually "getting worse".

More than 14 million people have been infected worldwide so far, with more than 600,000 dead, according to Johns Hopkins University, which is tracking the virus. On Friday, the US reported a world record 77,300 new infections in a single day, while infections in Brazil shot past two million, and one million in India.

Jim Leaviss, fixed income specialist at fund manager M&G Investments, says countries are reopening their economies to limit the financial fallout only to discover that there is a price to pay. “In the absence of a vaccine, an acceleration of Covid-19 cases is almost inevitable."

He remains optimistic, though, as treatments improve and countries learn to shield the most vulnerable. “Most developed economies should return to some form of normality,” Mr Leaviss says.

Unemployment is the biggest worry – and the impact on consumption. In the US, unemployment is up by 12 million. In the UK, the government is paying the salaries of an incredible nine million workers, more than a quarter of the workforce.

The drop in global travel and trade and social distancing nervousness make hopes of a V-shaped recovery “difficult to support”, Mr Leaviss adds.

Peter Garnry, head of equity strategy at Saxo Bank, says the pandemic is reversing globalisation as “the world is being driven by self-interest, distrust and a game of us versus them”, and this will prove painful.

Global supply chains will be dragged back home as countries look to be self-sufficient in key industries, driving up prices. “This will be extremely expensive for the consumer, for governments and for jobs,” he says.

Brave contrarian investors may find opportunities in Europe, where share prices look cheaper than the overvalued US, or in defensive sectors such as healthcare, consumer staples and utility stocks, Mr Garnry says.

Luca Paolini, chief strategist at Pictet Asset Management, says markets are in this for the long haul, as countries reimpose lockdowns to contain a surge in new cases. “Virus infections could ebb and flow for up to five years,” he says.

Mr Paolini also favours European equities, saying they "trade on cheaper multiples” than many markets, but is wary of the overpriced US.

China was the first country to be gripped by the virus, and among the first to open up. Although it has seen a second wave of infections, David Chao, global market strategist, Asia-Pacific at fund manager Invesco, says these have been quickly quashed, with minimal economic impact. "China is not out of the woods, but households will most likely step up their purchasing in the second half of the year.”

Mr Chao welcomes the recent correction as “a healthy return to reality" and suggests using further share price weakness as a buying opportunity.

Can more stimulus save the day?

The scale of this year’s downturn is brutal. Mr Paolini says consensus figures suggest a 20 per cent drop in company profitability this year, but he predicts a bigger fall of between 30 and 40 per cent.

Despite the hellish figure, he believes stock markets can avoid a second crash because “central banks are committed to containing the damage".


Vijay Valecha, chief investment officer at Century Financial in Dubai, says the Fed balance sheet alone could touch $10tn by the end of the year, and this should power a recovery. “Some of the forward looking data indicates that real economic growth is likely to pick up in the second half of the year,” he says.


Mr Valecha does not rule out another stock market dip, but says that would be an opportunity to buy stocks with the aim of holding them for the longer term.

In the longer run, he says there are grounds to be positive: “If we get a Covid-19 vaccine by the end of the year, this would shore up consumer confidence."

There is danger, however, in relying on the Fed to bail investors out once again. Russ Mould, investment director of online investment platform AJ Bell, says the Fed is actually shrinking its balance sheet. It has just slipped below $7tn, after four successive weekly cuts. “Perhaps the Fed is becoming nervous amid fresh talk of bubbles, especially in the big US technology stocks,” says Mr Mould.

That gives investors peace of mind, but how long can such a situation last?

Politics will also play a part

The politically divided US has another issue to face this year, as Donald Trump fights to avoid becoming the first one-term President since George Bush Senior, who lost to Democrat Bill Clinton in the 1992 election.

Mr Trump may be controversial and politically divisive, but Mr Valecha says markets want him to win again and volatility could increase as November looms. “Democratic candidate Joe Biden is seen as negative for equities due to his stated policy of reversing Trump’s tax cuts,” he says.

Tom Stevenson, investment director at fund manager Fidelity International, says Mr Biden would be both good and bad for investors: “His presidency would be less chaotic, but arguably less business and market-friendly too."

Patrik Lang, head of equities and global equity strategy at Julius Baer, says the threat posed by Mr Biden has been overdone: “In our view, a victory for Joe Biden would only have a moderate impact on equity markets, as S&P 500 earnings for 2021 would probably remain unchanged.”

While higher taxes could slow business growth, he says: “This would be largely offset by increased infrastructure spending, a rise in the minimum wage, and a general boost in consumer spending.”

Renewable energy stocks may be a potential winner from a Democratic presidency, while materials and oil and gas stocks could lose, Mr Lang says.

"A Mr Biden victory is already partially priced into markets," he adds. "We see further upside for eurozone equities but continue to prefer the US due to better earnings growth perspectives.”

Of the three major issues facing investors, the US election is the least alarming. Right now, the pandemic and how we respond is the number one concern by far.

History shows that times of uncertainty like these are the most rewarding to invest, provided you build a diversified portfolio of investments that you are willing to hold for the long-term.

These days, that means at least 10 years. Preferably much, much longer.