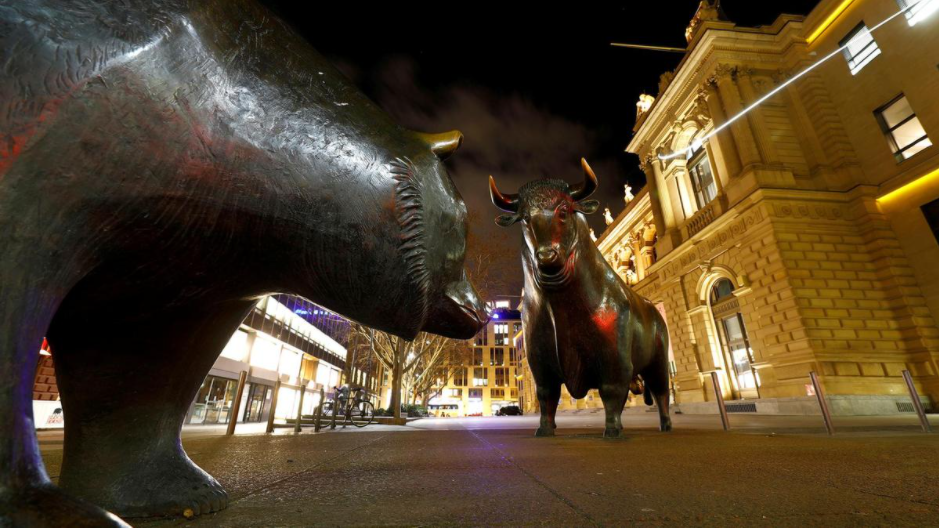 The post-Covid-19 recovery is hanging in the balance as investors weigh hopes that vaccines will release consumers from lockdown against fears that a European third wave will set back the recovery yet again.

That makes now a tough time to decide where to invest. Should you target stocks and sectors that will fly when the economy springs back to life, or stick to defensive mode in case the pandemic drags on and on?

The first will help you take advantage of a recovery in the banking sector, the second is that old favourite of safety seekers, gold, while the final one targets one of the world's most exciting sources of clean energy.

While this may be a good time to buy into these sectors, as with any investment, you must consider both the risks and rewards, and aim to hold for the long term.

Going back to the banks

The banking and financial sector has underperformed since the financial crisis as lenders battled to repair their balance sheets and reputational damage.

Low interest rates have made a bad situation worse by squeezing net interest margins, the difference between what banks pay depositors and charge borrowers.

In the US, 10-year government bonds, or Treasuries, currently yield around 1.69 per cent, up more than three-fold from 0.51 per cent in May last year.

This allows banks to shift deposits into higher-yielding loans and other assets. “If yields rise higher, banking stocks could rally.”

Banks are much stronger than before the financial crisis as regulators have forced them to adopt more conservative accounting practices and build fatter capital cushions.

This protects them from the continued economic slump, but they will benefit if mass vaccination triggers a rapid bounce back, Mr Valecha says. “If that happens, some of their projected loan losses might never happen, and banks should see a huge rise in profits.”

UK and European banks look particularly cheap, says Russ Mould, investment director at investment platform A  J Bell. “Many investors are worried about unpaid bad debts due to the pandemic but lenders provisioned very aggressively in 2020, so the worst may already be known, especially if the global economy shows positive momentum,” he adds.

Many banks cancelled dividends during the first lockdown last year but are now looking to resume them, which will attract investors seeking income.

Mr Mould says banks still face major challenges, such as tighter regulations, competition from FinTech start-ups and the massive global debt pile, but is optimistic. “Japanese banks managed some big share price rallies during Japan’s multi-decade downturn, and UK and European banks could do the same.”

Gold has been one of the best investments of the millennium, rising an incredible 563 per cent in the past 20 years. Last year’s pandemic gave it a further boost, as investors rushed to this traditional safe haven.

Traditionally, the precious metal is seen as a hedge against inflation, which many analysts now expect to return in force.

The rebounding US dollar and rising bond yields are holding back the gold price for now, says Fawad Razaqzada, a market analyst at Think Markets.

Gold is priced in dollars and as the greenback rises, the precious metal gets more expensive for those buying with other currencies.

Rising bond yields are a threat, because gold pays no interest or dividend. "The opportunity cost of holding gold rises as investors can make more money by investing in government bonds,” Mr Razaqzada says.

However, today's low price could be a buying opportunity for long-term investors who want to add gold to their portfolio but thought they had missed their chance when the price shot past $2,000, he adds.

Mr Mould says the best time to invest in an asset for the long term is when prices are low, rather than high. “This could be an interesting time to pick up some inflation protection and hedge against an unexpected financial wobble by getting exposure to this neglected, unloved sector.”

He suggests buying shares in gold miners, rather than the precious metal, whose share prices are stagnating “even as they record bumper profits, generate copious cash flows and pay out higher dividends”.

Selecting individual gold miners can be risky as they are at the mercy of factors such as geology, weather, regional politics and local taxation. Mr Mould suggests actively managed fund BlackRock Gold & General.

The world has embarked on a transformational shift towards key clean energy, as countries race to meet their 2050 net-zero carbon commitments.

Randeep Somel, manager of the M&G Climate Solutions Fund, says this offers massive opportunities, particularly in hydrogen where investments will total $38 billion a year this decade, according to the International Energy Agency.

Hydrogen could prove essential in sectors that will struggle to electrify, such as heavy-duty vehicles, air travel and shipping, which account for 19 per cent of global emissions, and steel and cement production, which account for another 16 per cent. “We require a high density, non-fossil based fuel to take over from oil and coal. The emerging alternative is hydrogen,” Mr Somel says.

While some methods of producing hydrogen require carbon, others use wind and solar power.

UK-based ITM Power is the leader in proton exchange membrane (PEM) electrolysers that convert renewable energy into carbon-free green hydrogen, Mr Somel says. “Oil major Shell is its largest customer, as it looks to build hydrogen-refuelling stations in anticipation of the phasing out of combustion vehicles.”

Mr Somel says the green hydrogen market today totals just 2 gigawatts but that is changing fast. “The EU alone is targeting 40GW by 2030.”

As with any emerging technology, investing in individual companies is risky, so most people should invest in a renewable energy fund or ETF.

This is a high-risk, high reward investment, so make sure you understand the potential downside, as well as the upside.