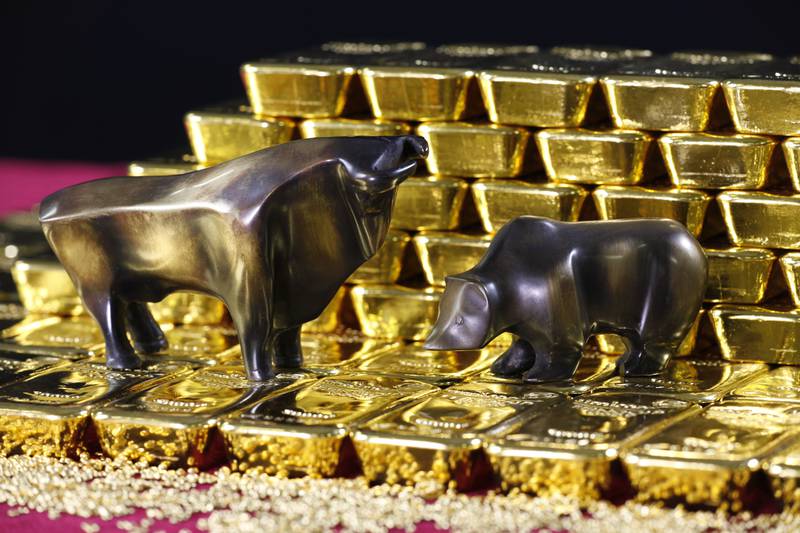 Investors have enjoyed three terrific years despite the pandemic and will be crossing their fingers that 2022 will make it four in a row.

A new year always brings new opportunities for investors – and threats, too, as inflation accelerates and Covid-19 shows it isn’t beaten yet.

If you are looking to invest $10,000 (Dh36,725) over the next quarter, here are three top investment trends to consider right now.

The first could allow you to take advantage of an underperforming global stock market, just as it comes back into form.

The second is the clean energy revolution and how it could recapture lost momentum after a difficult 2021, while the third could protect you if inflation takes off and interest rates start to rise.

As with any investment, you must consider both the risks and rewards and should aim to hold them for a period of years rather than months. These three investment opportunities should all pay off, but you may have to be patient.

UK shares looked undervalued a year ago and they look undervalued today, says Dan Lane, a senior analyst at Freetrade. “That may now change.”

The FTSE 100 is top heavy with banks, energy and mining stocks, which all floundered during the pandemic, while US tech giants such as Apple and Microsoft flew.

“That underperformance is why the UK is shaping up to be a tremendous proposition for 2022,” Mr Lane says.

While US equity valuations are high at more than 22 times earnings, UK stocks look cheap at just 12 times.

UK banks could also benefit from rising inflation as this will drive up interest rates. That will allow them to boost net interest margins, the difference between what they charge borrowers and pay savers.

The Financial Conduct Authority, the UK’s regulatory body, is planning to make it easier for younger private companies to list in the UK, Mr Lane says.

“We could see a double whammy of promising tech rejuvenating markets as the old guard gets its second wind.

“The UK is looking like a coiled spring,” Mr Lane adds.

Historically, the UK stock market pays some of the most generous dividends in the world. The pandemic forced many companies to slash their shareholder payouts, but they are starting to recover and the FTSE 100 now yields 3.43 per cent.

As earnings rebound, dividends will climb even higher, led by oil giants such as BP and Shell and big banks such as Barclays, HSBC and Lloyds, says Laura Foll, the co-manager of Henderson Opportunities Trust.

Renewable energy was the big investment theme of 2020, with the MSCI Global Alternative Energy Index up 108.54 per cent as investors flooded into environmental, social and governance (ESG) funds.

Green energy stocks were expected to clean up again in 2021, as the UN's Cop26 conference in Glasgow grabbed everybody’s attention, but it wasn’t to be. The alternative energy sector fell 12.6 per cent last year, while fossil fuel stocks swung back into favour as the global economy rebounded.

Valuations became overstretched, while US President Joe Biden’s Build Back Better bill failed to pass Congress, in a blow for the green energy sector.

This reversal could be a buying opportunity as the world battles to limit global temperature rises to 1.5°C above pre-industrial levels, says Vijay Valecha, the chief investment officer at Century Financial.

“To keep global warming at bay, renewable energy will rise to the occasion,” Mr Valecha adds.

Government policies, subsidies and tax credits are attracting major players into the sector, he says.

“US corporations have acquired almost 30,000 megawatts of solar and wind energy assets in the last couple of years and this trend will continue.”

Demand for electricity will grow exponentially and Mr Valecha tips a number of companies that should benefit, including California-based solar panels specialist SunPower and solar storage firm Enphase Energy.

He also tips UK-based renewables transmission company Atlantica Sustainable Infrastructure, which has assets across Europe and the Americas.

Canada-based Brookfield Renewable, which operates hydroelectric, wind, solar and storage facilities in the Americas, Europe and Asia, is another option for investors to consider.

Mr Valecha also recommends US wind and solar producer NextEra Energy and California-based electric vehicle infrastructure operator ChargePoint Holdings. “These renewable specialists are a cut above the rest,” he says.

For those who prefer to spread their risk with an ETF, there are a host of sustainable funds to choose from, including iShares Global Clean Energy ETF, Vanguard ESG US Stock ETF and SPDR S&P 500 Fossil Fuel Reserves Free ETF.

If you are worried that resurgent inflation is the biggest threat this year, one way to protect your portfolio is to invest in the currency that is most likely to benefit, says David Jones, the chief market strategist at Capital.com.

Global central bankers spent much of 2021 claiming the inflation threat would be “transitory” but now the US Federal Reserve has started to back-pedal.

“It has already signalled that it will raise interest rates several times this year and that could boost the US dollar,” Mr Jones says.

Higher interest rates have been priced into the dollar’s value, but Mr Jones says it might still be a safe haven and suggests investing in a US dollar ETF.

The Invesco DB US Dollar Index Bullish Fund offers exposure to the US dollar versus a basket of major currencies. “If the US dollar appreciates, then this ETF should rise,” he says.

“Last year was great for lots of assets. Stocks climbed, crypto boomed and commodities powered ahead but silver did not shine,” he says.

The silver price has dropped 15 per cent over the past 12 months to about $23 an ounce, but Mr Jones says sentiment is too bearish and now may prove a good time to load up.

“Silver is also seen as an inflation hedge, which may also attract investors,” he says.

Unlike gold, silver has industrial applications, he adds, so any increase in global economic activity could help the price.

“ETFs are the easiest way to get some exposure. The iShares Silver Trust is always popular,” Mr Jones says.