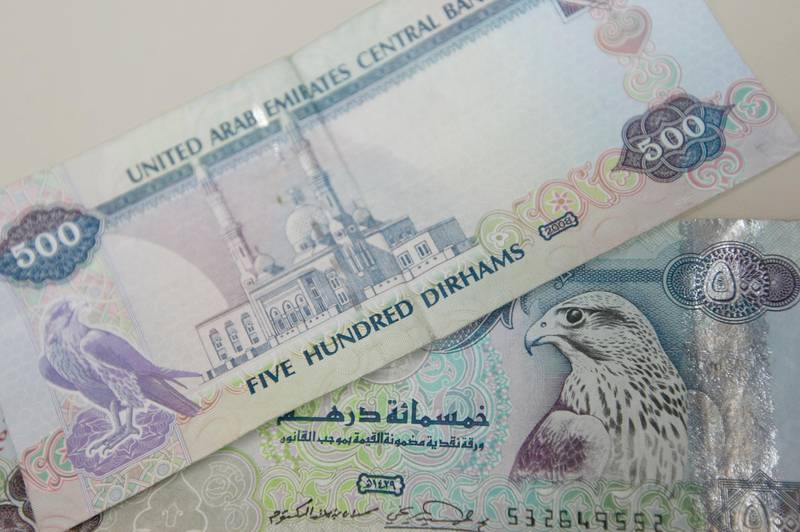 The National - UAE launches dirham treasury bonds with an issuance size of Dh1.5bn

The UAE has announced the launch of conventional dirham-denominated treasury bonds with a benchmark size of Dh1.5 billion ($400 million) to build a local currency bond market and diversify financial resources.

The T-bonds will be issued initially in two, three and five-year tenures and will be followed by a 10-year bond, the UAE's Ministry of Finance said.

T-bonds are fixed-rate government debt securities that pay semi-annual interest payments until maturity, which could be between 10 and 30 years, according to online financial encyclopaedia Investopedia. They are also considered relatively risk-free.

The issuance also provides a pricing reference for other UAE markets (bond and equity), improves the country's ability to cover funding needs in dirhams, and will allow foreigners to invest in bonds denominated in local currency, he said.

“The issuance of dirham bonds will support the diversification of funding sources for the Ministry of Finance and will be positive for developing a domestic yield curve, which corporates could use to issue longer-term AED debt,” said Monica Malik, chief economist at Abu Dhabi Commercial Bank.

The move is also expected to raise the dirham's value in the GCC region, he said.

The UAE raised $4bn last year through the issuance of multi-tranche sovereign bonds, marking the first time it issued bonds at the federal level. The bond package, which is denominated in US dollars, included conventional medium- and long-term 10- and 20-year tranches, as well as 40-year dual-listed Formosa bonds, the Ministry of Finance said at the time.

The UAE plans to issue more dollar-denominated bonds in 2022, Younis Al Khoori, undersecretary at the Ministry of Finance, said last year. Individual emirates are also free to issue debt to meet their own needs, he said.

The first auction for the T-bonds will be in May, followed by periodical elections, the ministry said on Wednesday.

“With the robust financial market infrastructure developed for the purpose, we are confident that the launch of such a programme will enable market participants in the UAE to maintain a transparent, single, diversified and sustainable pool of dirham liquidity,” said Khaled Balama, Governor of the Central Bank of the UAE.

“It shall also contribute to the implementation of the new Dirham Monetary Framework and support the continuing work on establishing the dirham risk-free pricing benchmark (yield curve), which would stimulate further domestic market activities.”

These securities will be auctioned and traded through Bloomberg’s Auction System and settled through a local platform, compliant with international standards, built and operated by Euroclear Bank.

The Ministry of Finance and the Central Bank worked with relevant government entities and international financial bodies to ensure best practice was followed when structuring the T-bonds, the ministry said.

“Along with maintaining a diversified and sustainable pool of dirham liquidity, the new implementation will allow the establishment of a Dirham risk-free pricing benchmark (yield curve), which would stimulate further domestic market activities,” Mr Valecha said.

“Previously, banks used benchmarks such as Eibor and Libor to set risk free benchmarks, however, the institution of the new dirham monetary framework will create a new and more accurate reference point for the banking sector as the new base rate will be more integrated with the local economy.”

“Investors find these bonds attractive because they can diversify and add foreign content to their portfolios without the added exchange rate exposure. Government bonds are typically very low-risk investments so they attract a lot of attention,” said Mohammed Shaheen, chief executive of Seven Capitals.

“This move will have myriad advantages for the domestic economy, especially in a time where demand is picking up in the run-up to the continued investment in infrastructure projects as well as the booming activities in the private sector.

“Also, we should start planning ahead for new and better ways of financing the growing future needs expected to arise from public and private sectors without putting too much pressure on the domestic banks.”