The National - What does the US presidential election mean for your investment portfolio? 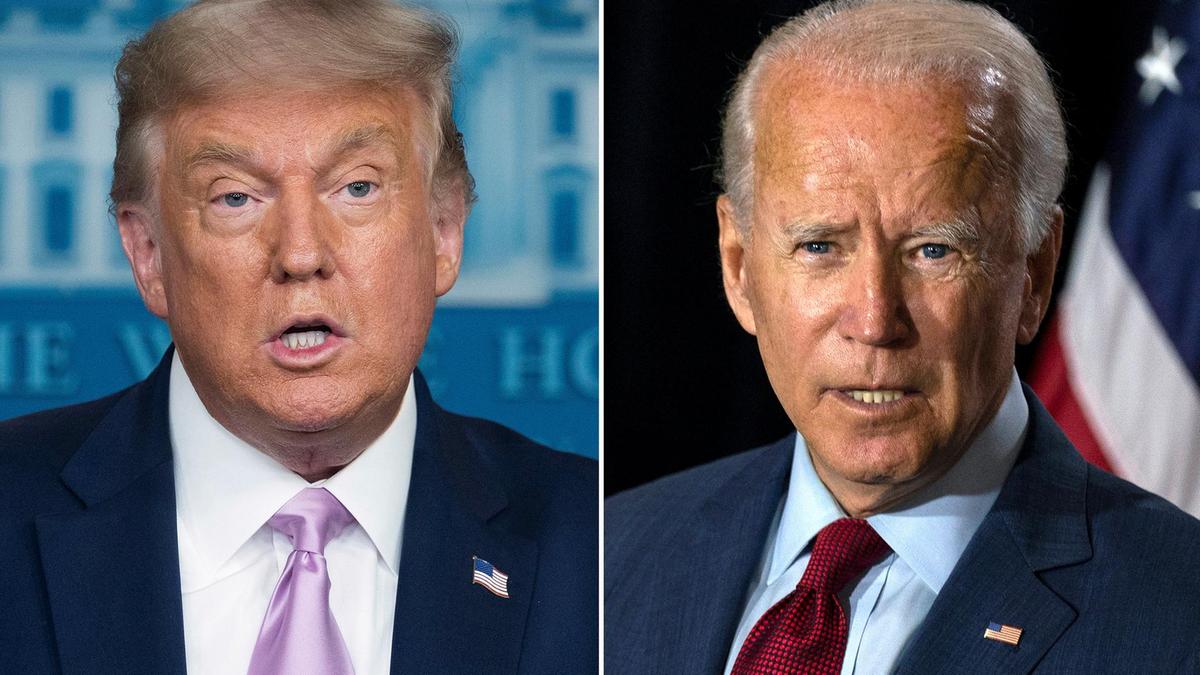 There once was a time when the outcome of a US election had minimal impact on stock markets. Deep down, investors knew the result wouldn’t change that much and stock markets would largely rattle on as before. But that was because the gulf between Republicans and Democrats was not as outrageously wide as it is today.

As the nation’s divisions grow even more extreme, those days are over. Elliot Hentov, head of policy research with the global macro policy research team at State Street Global Advisors, says US political risk is now a major issue for investors. “The US no longer behaves like a developed country but an emerging economy, where markets respond far more aggressively to political outcomes,” he says. While past presidential elections were fought on the centre ground, both parties are now flying off to the extremes to placate their increasingly angry electoral base.

The economic policies they pursue in power are also likely to differ widely, as will the impact on share prices.

President Donald Trump and his rival Joe Biden are likely to set off on very different policy trajectories, Mr Hentov says, and markets will be volatile while they wait for the results.

There is another worry. When the world wakes up the day after the November 3 election, we may not even know who the winner is.

Mr Trump has indicated that he may challenge any defeat, which could lead to months of political and legal wrangling in a country that is already on edge.

If that happens, Mr Hentov predicts a major sell-off of the US dollar in November and December as investors flee political risk. “This would be a reversal of the usual trend because in a crisis, money usually flows into the US dollar as a safe haven. This time, though, the US is the crisis.” He predicts long-term depreciation in the dollar regardless of the result, but this could become “disorderly” if there is no clear winner.

This would spell bad news for UAE expats and residents, as the US dollar-pegged dirham would also fall, hitting the value of their earnings relative to other currencies.

Mr Hentov warns of a double whammy for the Gulf region. “The oil price could fall, too, because demand is less likely to recover if political uncertainty drags on.”

President Trump’s tenure may have been controversial, but the stock market still wants him to win. Mr Hentov says: “With the exception of the US trade war with China, his actions have been supportive for shareholders. This will be the case in the second term, although to a lesser extent.”

Mr Biden’s legislative programme could weigh on share prices, as it includes tax increases on businesses and the wealthy, closer regulatory scrutiny and potential anti-trust laws to rein in big companies and boost low pay.

Mr Hentov says a clear win for either candidate would nonetheless trigger a year-end “relief rally”, by removing the uncertainty of interminable court disputes. “It might be slightly bigger if Mr Trump wins.”

Over the four-year term, a win for Mr Biden might prove more rewarding. “Trump has very few policy ideas and battles with Congress could get worse.”

The US has been a great place to invest your money over the past decade, despite political volatility, as the S&P500 has been driven by tech behemoths such as Apple, Amazon, Facebook and Google owner Alphabet. Mr Hentov expects that to continue, whoever wins.

Saikat Kumar, chief executive of Skycap Investments, says although Mr Biden is leading in the polls, Mr Trump cannot be written off. “History suggests that laggers can significantly make up for lost ground in the final weeks.”

The US-China trade tensions have cast a shadow over global stock markets during his term, especially in 2018 when tensions came to a head.

Mr Kumar says President Trump is likely to intensify his anti-China stance in a second term, while Mr Biden would take a less confrontational approach. “If so, this could give stock markets a boost.”

The risk for investors is that Mr Biden will partly reverse President Trump’s corporation tax cuts. “This could hurt economic growth and snuff out the recovery.”

After the tech-led success of the US economy, investors need to check their portfolios to make sure they do not have too much exposure, Mr Kumar says. “You should remain diversified during what looks set to be a volatile time for the US.”

Arnab Das, global macro strategist, EMEA, at fund manager Invesco, says the Covid-19 pandemic and now the controversy over replacing the late Justice Ruth Bader Ginsburg have raised the stakes further, as the Supreme Court may have to adjudicate if we get a contested result.

Mr Das predicts marked “asset price volatility”, especially if the result is close and contested, and Mr Trump does not accept his defeat as legitimate.

The first is a clean sweep for Mr Trump, with Republicans seizing control of the Senate and House of Representatives, and maintaining today’s corporate-friendly stance. “Big tech, defence, banks and energy stocks will benefit from pro-business competition, regulatory and taxation policies, as will smaller US businesses.”

He adds: “One negative factor of Trump re-election is a rise in trade tensions with China. This could negatively affect the SPDR S&P Retail ETF.”

A clean sweep for Mr Biden would see corporate and higher rate income tax increases, hitting the stock market. “If he raises the minimum wage, this could squeeze profit margins at gig economy companies like Uber and labour-intensive firms like McDonalds.”

Mr Mamtani says stock markets could fall by up to 5 per cent on a Mr Biden sweep, but investors should treat this as a buying opportunity, since US Federal Reserve monetary policy is so “dovish” that shares are likely to recover.

There will be some investor benefits to a win by Mr Biden. “Democrat administrations tend to increase government spending, which should put a floor under share prices.”

The third possible outcome is Mr Biden winning but Republicans keeping the Senate. “This could be the most bullish scenario for stocks as history shows that a Democrat President with split Congress has delivered an average 8 per cent annual gain for Dow Jones Industrial Average,” Mr Mamtani says.

Amid short-term and certainty and volatility, Mr Das at Invesco urges investors to take a long-term view. “Timing markets is always tricky, you should always look to build a balanced portfolio with a diversified spread of assets.”

US capitalism is so vibrant that it seems able to shake off all the uncertainty the politically divided country can throw at it. That is likely to continue, and investors should always retain US exposure in their portfolio, regardless of who wins in November. Or even if neither candidate does.