The National – While the world focuses on Brexit, they are ignoring the troubles in Europe 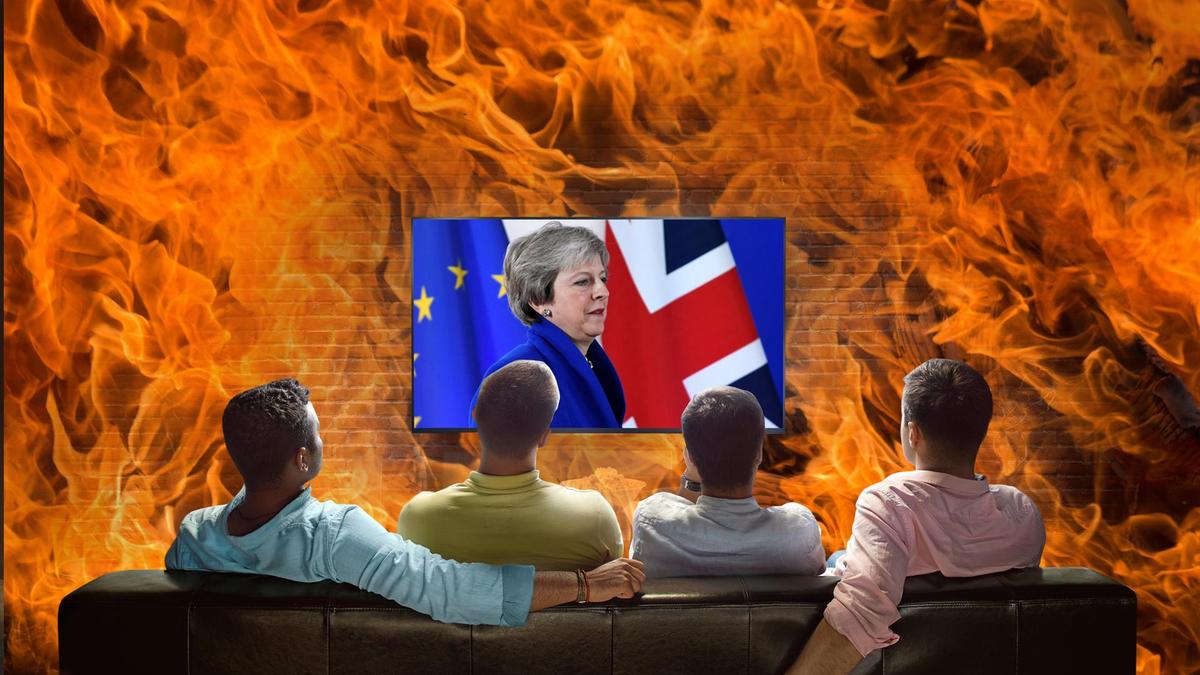 The euro-zone’s 1.2 per cent annual growth figure in 2018 was the lowest in four years

As the world is distracted by the UK Brexit debacle, it is in danger of overlooking what could be a far greater threat to European prosperity and stability.

The continent is teetering on the brink of a recession and if the UK crashes out in a disorganised no-deal, it could tip over the edge.

Even if British and EU politicians do approve some form of withdrawal agreement, Europe still has a battle on its hands, as domestic demand is weak while its exporters are suffering collateral damage from the US-China trade war and synchronised global downturn.

The German government has just cut its gross domestic product forecast for 2019 from 1.8 per cent to just 1 per cent, the slowest rate in five years. British commentators have been quick to point out the irony that Germany is now more likely to fall into a recession than the UK.

Italy is already in a technical recession, after GDP fell by 0.1 per cent in the third quarter of 2018, then 0.2 per cent in the fourth, while France is slowing sharply.

The eurozone as a whole grew just 0.2 per cent in each of the final two quarters of 2018, while its annual growth figure of 1.2 per cent was the lowest in four years.

If the economics look bad, the politics may be worse. The “gilets jaunes” yellow vest protest movement has forced French president Emmanuel Macron to water down his economic reforms, while Germany has snubbed his grand plan to reform the eurozone.

Victor Hill, macro strategist at UK advisors Master Investor, says Mr Macron’s authority is diminishing at precisely the moment that Angela Merkel is becoming a lame duck Chancellor. “The German trade surplus, which stands at around 8 per cent of GDP, makes the country highly exposed to any downturn in global trade,” says Mr Hill.

Italy’s anti-establishment government, and populists in both Hungary and Poland, are increasingly chafing at EU strictures, as rebellion spreads.

Britain has a lot to lose in the run up to the March 29 Brexit deadline, but so does Europe.

The International Monetary Fund has calculated that a no-deal Brexit would cost the bloc around 1.5 per cent of GDP and more than a million jobs. Mr Hill says Germany’s trade surplus with the UK is already narrowing and likely to fall further, arguing that no deal “would be much worse for Germany than for the UK”.

Since March 2015, the European Central Bank has papered over the many cracks in the eurozone with a €2.6 trillion (Dh10.81tn) splurge of quantitative easing, but that is now coming to an end.

ECB President Mario Draghi announced the end of the massive bond-buying programme in December, which bought up mostly sovereign debt.

This is dreadful timing as Italy has to refinance debt equal to 17 per cent of its GDP this year without ECB support and Mr Hill fears Italian banks are now “locked in a doom loop whereby any default on government debt would automatically trigger the systemic collapse of the entire banking sector, one which would not be confined to Italy”.

Joshua Mahony, senior market analyst at online trading platform IG, which has offices in Dubai, says EU rigidity can be partly blamed for Italy falling into recession for the third time in a decade. “Many believe the EU is hindering rather than helping the eurozone’s third biggest economy.”

The ECB is in danger of repeating the strategic mistake of tightening monetary policy while going into a downturn, as it did in the financial crisis of 2008 and eurozone crisis of 2011.

Didier Saint-Georges, managing director at Paris-based European asset manager Carmignac, says the global economic slowdown has become both synchronised and unquestionable but the ECB is unlikely to rush to the rescue just when it has wound up its asset purchase programme. “Nor will there be a great deal of help forthcoming on the fiscal front, with Italy and France constrained by deficits that are already slipping off-limits,” he adds.

This could all add up to a massive buying opportunity for UAE investors who want to top up their portfolio’s exposure to Europe and are brave enough to buy while sentiment is low and shares are cheap.

MSCI Europe fell 14.32 per cent in 2018, against a drop of just 8.20 per cent on the MSCI World index. However, it did pick up in January, growing 6.61 per cent as global confidence returned.

Konstantinos Anthis, head of research at Dubai-based broker ADSS, insists the longer-term outlook is positive. “Regardless of the headwinds, Europe still has room to expand.”

He is even optimistic about Brexit, believing it will come to a positive conclusion “one way or another”, and President Trump’s trade war. “The Chinese authorities should be able to engineer a soft landing for its slowing economy, which should reinvigorate demand across Asia.”

Current worries are short-term and European growth will recover, as will the single currency, Mr Anthis adds. “The ECB will start talking about raising interest rates at some point, probably towards the end of the year, which could boost the euro.”

Vijay Valecha, chief market analyst at Century Financial in Dubai, says confidence is recovering as central bankers respond to the threat of a global slowdown by easing monetary policy, with the US Federal Reserve backing away from further interest rate hikes. “Even US President Trump has mellowed his rhetoric and seems to be more inclined towards finding a solution in the trade war with China.”

Mr Valecha says this bodes well for the future. “European equities seem to be poised for a good recovery in 2019 as I believe the political concerns are not big enough to impact the economy.”

Any portfolio that does not have exposure to the $17.9tn European economy is incomplete, he says. “Europe is the world’s second largest economic zone and if it doesn’t perform well, the global economy will also underperform, so there is no escaping from this for anyone.”

Check what exposure your portfolio already has to Europe, then decide whether you are brave enough to take a long-term punt on the continent escaping its partially self-inflicted malaise.