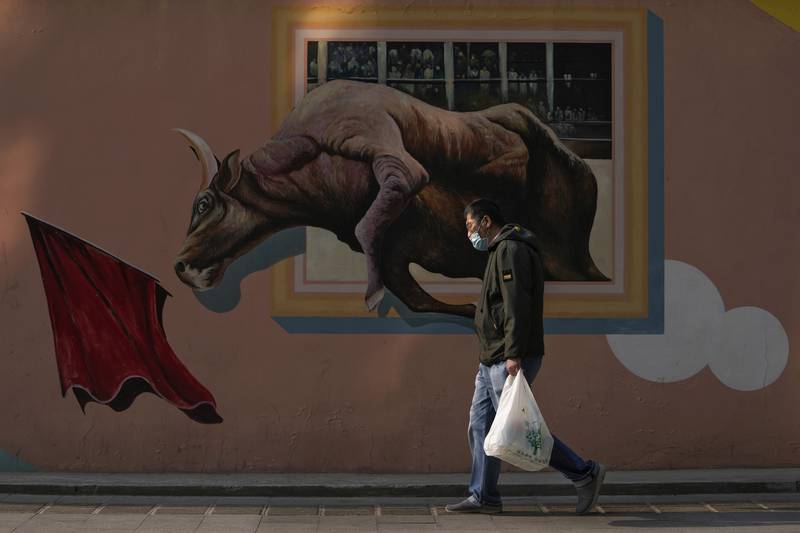 China’s decision to reopen its economy has provided a rare piece of positive economic news in this troubled year, especially for emerging markets.

Almost every corner of the world is finding the going tough, but some emerging market countries are finding it notably hard as rising energy and food prices threaten food insecurity and global hunger.

Yet, others have done relatively well, particularly commodity exporters as the prices of oil, gas, metals and minerals rise steeply.

Emerging markets may have slipped off the radar of many investors, after the heyday of the so-called Brics in the years before the 2008 financial crisis.

Sleeping giants Brazil, Russia, India and China threatened to become economic superpowers, but after the early excitement, the road has proven slow and bumpy.

Emerging market countries struggled in the wake of the financial crisis as debt levels increased and were hard hit by the Covid-19 pandemic, too.

China is living up to its early promise and is now the world’s second-biggest economy, totalling 18.62 per cent of global gross domestic product (GDP) in 2021.

War in Ukraine, food shortages, rampant inflation and continued Covid-19 lockdowns were the last thing emerging markets needed. Especially since it was accompanied by a rocketing US dollar, which makes the cost of servicing their dollar-denominated debts even more expensive.

If an increasingly hawkish US Federal Reserve increases interest rates as expected to curb inflation, their debt burdens will only become more onerous.

Russia’s military offensive in Ukraine has thrown equity and bond markets into turmoil worldwide, but it is in emerging markets where the effects will be most long-lasting, says Sabrina Khanniche, senior economist at Pictet Asset Management.

The most obvious victim is Russia, whose domestic output will shrink by at least 6 per cent this year, she says.

Turkey, central and eastern European countries and the Baltic states are heavily exposed to the war because of their geographical proximity.

“India and the Philippines are also vulnerable, given their dependence on commodity imports,” Ms Khanniche says.

India is the world’s third-largest consumer of oil and imported 84 per cent of its needs in 2021, according to its Ministry of Commerce and Industry.

Taiwan, which imports 83 per cent of its oil consumption, Thailand (65 per cent) and Turkey (53 per cent) are similarly exposed.

Yet, rising commodity prices have boosted many Latin American countries, with the region among the best performing this year.

“Growth will be weaker than expectations due to increased energy prices and high food costs,” he says.

“The sociopolitical situation brought forth by these fragile economies in Asia, Africa and South America should not be ignored, as soaring food prices and higher living costs may lead to political turmoil,” Mr Kirbaj says.

China imports about 60 per cent of its oil but its financials are strong enough to take the hit, Mr Kirbaj says.

“The country has a current account surplus of $315 billion, a surplus trade balance and more than $3 trillion in foreign reserves,” he says.

The Bloomberg Commodity Index is up 34.95 per cent so far this year, which is good news for oil producers, he says.

“Rising oil revenues and health budget surpluses should help Gulf countries fund the switch to diversify their economies, especially since oil prices look set to stay high for the next five to 10 years.”

Many investors have gained exposure to emerging markets by putting their money into a broad-based exchange-traded fund (ETF) covering many different countries.

However, divergent performance means it could make sense to invest in single country ETFs as well, and he tips the iShares range, picking out iShares MSCI Brazil ETF and iShares MSCI Turkey ETF.

“Brazil, Peru and Colombia are this year’s top-performing emerging markets, while Russia, Egypt and Hungary are the lowest,” Mr Valecha says.

So, while developed countries such as the US, the UK and those in Europe are all being equally punished by inflation, rising prices have created winners, as well as losers in emerging markets.

Ultimately, emerging markets remain dependent on a buoyant US and China to power them along, leaving them vulnerable, Mr Valecha says.

“The combination of rising US interest rates and slowing Chinese growth dims the outlook for developing economies. Investors can expect to see further volatility and should approach with caution,” he says.

This year has also shown how emerging markets are vulnerable to an oil price shock and it may trigger a long-term shift in energy policy, Charles Jennings, fund manager of Utilico Emerging Markets Trust, says.

“The war’s impact on trade relations and energy prices has highlighted the need for a structural shift in national energy security, with a focus on investment towards building and improving renewables infrastructure.”

That could help emerging markets escape the commodity trap, but once again, getting there will be a long and bumpy road.

Most investors will want some exposure to emerging markets, but they should choose their countries carefully and limit their exposure to a relatively small part of their portfolio.