Why Gen Z and millennials are rejecting outdated money tips 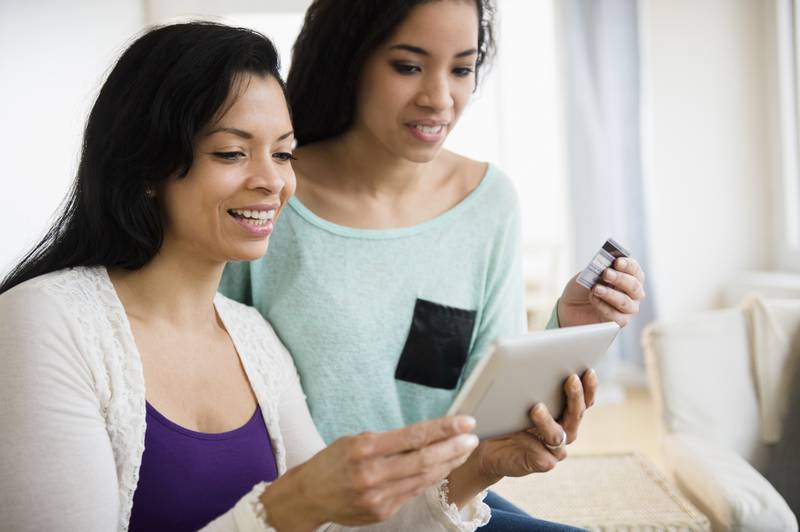 Zuha Khan, a Gen-Zer, believes her generation needs financial advice that reflects the current times and not outdated money concepts followed by her elders.

“Everything about how we work, spend and how much things cost have changed dramatically, especially in the last two years,” says Ms Khan, 18, a Dubai College student.

“We need to make decisions that make the most sense for our lifestyles, goals and budgets without solely relying on outdated rules.”

Cryptocurrencies and stocks are the most popular assets held by Gen Z, millennial and Gen X investors, according to a multigenerational financial literacy study in April by Investopedia, which polled 4,000 adults in the US.

The internet is a go-to source for investing and financial education for younger generations, with 45 per cent of Gen Z using YouTube and 30 per cent turning to TikTok, while 47 per cent of millennials prefer internet searches and 40 per cent watch YouTube videos for money advice, the study found.

Meanwhile, Ms Khan believes that it is an outdated concept to hold only three to six months' worth of living expenses in an emergency fund.

“It is wise to have cash stored away for unexpected circumstances, but having only six months' worth of living expenses may not be enough to keep people afloat these days,” she says.

“Instead, the amount should be higher to be on the safer side because of how much the cost of living has risen over the years, especially during the Covid-19 pandemic.”

Similarly, Jerin Shaji, 27, a trader in the UAE, believes it is outdated to remit money to your home country for the purpose of keeping it in a savings account or fixed deposit (FD).

“With the current average rate of global inflation above 8 per cent, your money loses value every year in an FD,” says the millennial.

“Instead, people in their 20s and 30s must take some form of risk and include equities and bonds in their investment portfolio.”

The concept of simply saving your money and not investing it is flawed, according to Mr Shaji.

He also challenges older generations' advice to avoid using credit cards. If you are disciplined in paying off the entire balance every month, credit cards are a great tool to avail of discounts, cashbacks and improve your credit score, Mr Shaji says.

“Once you turn 35 or 40, a good credit score will increase your eligibility to take out loans and avail of better interest rates,” he says.

Another piece of advice that he believes is outdated is to have only one stream of income through a 9-to-5 job.

It is important to have at least three to four streams of income, such as through dividends from companies you have purchased shares in, rental income from property investments and through a business you may have invested in, Mr Shaji says.

“This way, if you lose your regular income from the 9-to-5 job, there is always something to fall back on,” he says.

We asked personal finance experts to list the money concepts they believe are out of sync in today’s world.

Some older investors have a notion that keeping their money in a savings account or FD is equivalent to creating an investment plan, says Vijay Valecha, chief investment officer at Dubai-based Century Financial.

“But a regular FD account will generate an annual interest of about 4 per cent to 5 per cent, while inflation worldwide is running above 7 per cent, which indicates that one would be eroding their purchasing power by letting their savings sit in FDs,” he says.

“Thus, it is vital for Gen Z to go beyond savings accounts and invest money in a portfolio of different asset classes that align with their goals and needs.”

Don’t get a credit card

This used to be the norm earlier, but with many credit card providers now offering rewards, free flights and even points that can be converted into cash, it is not such a bad thing to use this credit line so long as you pay off the balance in full every month, says Rupert Connor, partner at Abacus Financial Consultants.

>Also, many telecoms companies require you to have a credit card to be able to take a mobile phone contract, he says.

Stay away from alternative investments

Baby Boomers kept telling Gen Z that investments are all about index funds, gold and bonds and that other forms of investments are risky and should be avoided, Mr Valecha says.

“Back in the days, these were considered go-to investments because awareness was limited,” he says.

“Now, when a Gen Z is drafting an investment plan, they can consider alternative investments since they can help to diversify and protect one’s wealth and boost portfolio returns.”

Stash cash under the mattress

Saving large amounts of cash deserves “only half a clap” — well done for starting to save, but you also need to invest, according to Mr Connor.

Hoarding large amounts of cash is, objectively, a bad thing, especially for Gen Z and millennials who have many years to benefit from the power of compounding interest, he points out.

All debt is 'bad'

Younger generations are often weighed down by student loans, but they are frequently told that all kinds of debt should be repaid immediately or avoided altogether, Mr Valecha says.

“Some kinds of debt, like student loans and credit cards, might hold you back from achieving financial goals. But mortgages or business loans, on the other hand, can be beneficial in building the life that you want,” he says.

“However, one must plan their debt wisely by looking at the prevailing interest rate and market conditions before making a commitment.”

It may be good to pay off your mortgage as soon as possible, but often there are better things you could be doing with your money, which maximises your finances while keeping your interest payments and mortgage costs minimised, Mr Connor says.

Debt is neither good nor bad. Much like investment and savings accounts, debt is a tool and young people need to learn how to use it, according to Sophia Bhatti, director of Wimbledon Wealth.

Stay loyal to your full-time job

Millennials and Gen Z pioneered the Great Resignation, the movement that caused workers across the world to leave their jobs and demand more pay and benefits, as well as a better work-life balance, Ms Bhatti says.

“Contrary to more conservative advice from older generations, the Great Resignation actually created the perfect climate to negotiate a higher salary or apply to a different company that may have been offering more money for the same job description,” she says.

Use cheques and carry cash

Cheques are dead, says Mr Connor. Gen Z could go their whole lives without using or needing cheques, he adds.

Carrying cash or noteworthy amounts of it is outdated, he says.

“Cash is dead. It is handy to have a small amount on you to leave a tip. But, generally speaking, we are moving to a cashless society.”

Baby Boomers feel that members of the Gen Z cohort has a long time to retire and don’t need to kick start their retirement savings right away, according to Mr Valecha.

However, they must not forget the power of compounding that goes a long way to help build their retirement kitty, he suggests.

Early and frequent investments, followed by consistent returns, can have a big impact on your finances when you approach retirement, he says.