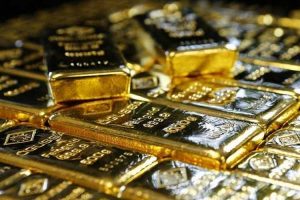 Zawya – All that glitters: VAT and a strong dollar are factors at play

Demand for jewellery may increase in the United Arab Emirates once government plans to refund value-added tax (VAT) on tourists’ purchases comes into place.

Responding to the findings in the World Gold Council’s Gold Demands Trends Q3 2018 report, Arun Leslie John, head research analyst at Century Financial Brokers, said the initial introduction of VAT may have slowed jewellery purchases in the UAE, but this was likely to be temporary.

“When a tax gets introduced for the first time, there is always a price reaction, there is a demand problem,” he said. “People tend to postpone their purchases because of the sudden hike in the tariff. By next year, people should be getting used to the prices and demand should be picking up.”
The World Gold Council’s report showed a fall in demand for jewellery across the Middle East region, by 12 percent year-on-year to 37.7 tons in the third quarter of 2018.

Globally, the demand was steady, increasing year-on-year by 6.2 tons to 964.3 tons in the same period, the report said.

“Iranian jewellery demand saw the largest fall in the [Middle East] region for the second consecutive quarter, down almost 60 percent year-on-year in Q3. Year-to-date, demand has shrunk by 36 percent, suffering under renewed economic sanctions and the steep decline in the rial. By contrast, VAT-exempt bars and coins benefited from a flight to safety.”

In the UAE, jewellery demand fell by 13 percent year-on-year, while by contrast in Saudi Arabia, it rose by seven percent.

VAT was implemented in the UAE and Saudi Arabia on January 1, 2018, but the sale of pure gold in Saudi remains VAT free according to information from the General Authority of Zakat and Tax.

“Saudi Arabia, internally has had a lot of stimulus measures. Previously the government has planned to have a budget in which the government planned to cut down the spending a lot, but when the oil price rose, the government had more leeway to spend, and that has provided a boost for gold demand,” said Century Financial Brokers’ John.

Gold naturally sees higher demand, as a consumer discretionary item, when there is more money in the economy, he added.

In the UAE, the introduction of VAT was likely to have been a factor in the drop in demand, but there were also other factors at play, he said, including the weakness of the Indian and Pakistani rupees against a strong dollar – with the UAE dirham being pegged to the dollar meaning that many were likely to have turned away from UAE gold purchases, preferring to remit their money back to their home countries instead.

The comparative strength of the dirham was also likely to have been off-putting to other nationalities who buy jewellery as tourists in the UAE, he said: “European tourists, particularly Russians, are seen as huge buyers of gold.”

The UAE Federal Tax Authority was already addressing the VAT factor, he said, adding that he expected demand to start to pick up in the middle of 2019.

“The UAE Federal Tax Authority recently announced some measures, which mean from November 2018 onwards, they will be implementing a system where refunds of VAT will be made to foreign tourists.

“Once that system gets implemented, and gets smoother, there is a good probability that tourists might again start increasing gold purchases.”

John also implied that the strength of the dollar as an off-putting factor for gold buyers in the Middle East may not last if United States President Donald Trump has his way.

“He wants the Federal Reserve to slow down and in our view, at some point in time, the Federal Reserve will have to take into account the views of the President. If that turns out to be case, there is a possibility that the dollar can drop from there.”

Other World Gold Council report highlights include a 31 percent slump in demand for jewellery year-on-year in Turkey, where local gold prices spiked at 273 Turkish lira ($50.27) per gram in August, while the lira fell to an all-time low against the dollar. Meanwhile in India, after two consecutive quarters of a fall in year-on-year demands for jewellery, the third quarter of 2018 saw demand rise by 10 percent to 148.8 tons as falling prices attracted bargain hunters.