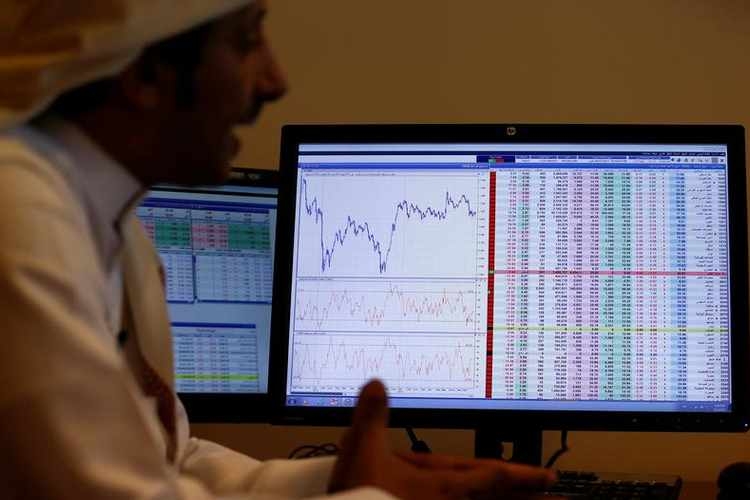 Oil price crash was a blessing in disguise

With the benefit of hindsight, it can be said that the oil price crash which rocked GCC economies over the past few was a blessing in disguise for these six member states.

Forced to awake from their slumber, most of these GCC countries have since embarked on deep seated structural reforms across all economic, social, and political sectors.

This coupled with improved OPEC compliance is beginning to show economic recovery for the Middle East economies. The Kingdom of Saudi Arabia (KSA) fiscal balancing has also been instrumental in steering the Kingdom out of the red with its fisical deficiency falling from a high of $39.7 billion to $19.4 billion in first half of 2017. Subsidy cuts and the redeployment of resources saved have also been essential for the weaning away of the economy from oil dependancy.

Overall the Gulf economies are likely to expand by 1.1 per cent, 2.4 per cent and four per cent in 2017, 2018 and 2019 respectively. Another key event is the introduction of a five per cent GCC-wide VAT, which is expected to slow down consumer spending growth from 4.2 per cent to 2.5 per cent on average between 2010 and 2016.

It is however, also expected that the tax revenue will improve the long term economic health of Governments in the region.

The most pivotal exchanges determining the Middle-Eastern capital market scenario are that of Dubai Financial Market (DFM), Abu Dhabi Exchange (ADX), Saudi Stock Exchange (SSE) and Qatar Exchange (QE) amongst others. The MSCI GCC IMI Index, which is a measure of the GCC equities showed an overall decline of -0.8 per cent quarter-to-date (QTD). However, with swifter economic growth and rising corporate profitability, the GCC equity market is expected to recover strongly in the coming months.

ADX encompasses several sectors of services; however, the most important of those are telecommunication and financials, which comprise almost 80 per cent of the entire listing. DFM, which comprises mostly of the financial sector and real estate, recently had an inflow of around AED 1.3 billion from foreign investors in 2017. Strategic investment tie-ups with listed companies are helping the exchange recover pace.

Emaar Properties, which is UAEís largest listed developer, holds a major share of this Middle Eastern exchange. It has been a huge driver for the entire index and is expected to boost it further up in the coming weeks. Being a forerunner, Emaar is setting the base right for the primary market. Apart from Emaar, financial institutions like Emirates NBD and Dubai Islamic Bank are helping to hold up the index pretty well despite generic market views.

GCC markets are dominated by KSA, which commands 47 per cent of total GCC market capitalisation. When considering Saudiís equities, a faint idea crosses the mind, that it might be dominated by energy (oil and gas), however that is not entirely true.

The material sector along with financial services comprise of 65 per cent of the market. However ARAMCO, (Saudi Oil Extraction Company) the worldís leading oil supplier, is not yet listed on Tadawul , so while oil still does not fully dominate, once the listing is done, there will be a heavy tilt towards oil and gas sector.

Qatar, the third largest equity market in the GCC region, is also dominated by financial services sector, which accounts for 50 per cent of the market cap. This sector is led by the Qatar National Bank with a market cap of $30 billion.

Recent blockades from the GCC member nations (KSA and UAE) have resulted in depressed share prices as companies are unable to efficiently source goods and services. The situation is however expected to ease with the upcoming FIFA World Cup and Government stimulus expected to cushion the economy.

This year GCC markets are bracing themselves for a wave of IPOs. While GCC economies have not fully diversified completely from oil, restructuring and reforms have contributed immensely towards the growth of a strong non-oil private sector.

Early this year, Saudiís 10 IPOs raised some $400 million, which gave an impression that stock markets would hit off. However, the rage did not last long with things cooling down by the second quarter.

All is not gloom as the region still expects bigger IPOs with UAE leading the way this time round. that is not all! Out of the total IPOs expected, there are at least five which are worth billions dollars.

The most popular one is the Emaar Properties IPO, with a suggested market capitalisation of around $6 billion and IPO value of about AED 42 billion. These public offerings include companies from petroleum distribution, chemicals, banking, insurance, and retail.

The primary reason for this surge in IPOís inside UAE are the sweeping reforms that have been initiated in its financial market within the past few years. Key among them include the permission to carry out the book building process for price discovery. The other is the permission for businesses to divest only a minority stake during IPOís.

This is clearly a positive trend as it would increase the market depth and liquidity of local market in the long term. Indeed, it is also a victory for regulatory reforms compared to a previous scenario where companies like NMC Healthcare and Al Noor had chosen to list in London instead of local markets.

Shifting focus to Saudi Arabia, the much awaited Aramcoís IPO still remains on track. Saudi authorities are aiming to list up to five per cent of the worldís largest oil producer on both the Saudi exchange and one or more international markets that could raise over $100 billion.

However, there is no pain without gain. All major reforms have a cost. In this case the cost is that while new IPOís might be a long term positive, they are a short term negative. Existing investors lured by the new IPOís might liquidate a part of their proceedings to invest in them and this might create a dearth for buyers. This could be the reason for the pause in indices this year. But these could be short term factors and a market recovery should be in place by the end of this year or beginning of 2018.

This comprises of central bank issuances as well as bonds and Sukuk issued by GCC sovereigns, corporate entities and financial institutions. This market has been significantly active over the past two years, primarily driven by sovereign issues as GCC governments resorted to debt markets for financing the budget deficits stemming from declining in oil revenues.

While the outlook for GCC debt is an encouraging one for 2017 and 2018, there are still a number of possible speed bumps that could restrict the activity. If crude oil prices continue on a downward spiral, it easily damages investor confidence and oil exportersí debt markets. Investors also need to keep a close eye on the interest rate path that the US Fed adopts in 2017-2018.

According to the FOMCís summary of economic projections, the Fed Funds Rate for the near term is expected to be in the range of 1.5-2.5 per cent. If the Fed raises interest rates more aggressively than what the market currently anticipatesóthree rate hikes to two per cent federal funds rate by end of 2018ówe could see the yield spread tightening further. These concerns aside, valuations across GCC fixed income remain captivating.

Moreover, the popularity of Sukuk has been growing worldwide as an attractive investment option, especially given its link to the rapidly growing Islamic economy. These securities appeal to a broad range of investorsóinstitutional and individual, Islamic and non-Islamic.

Though these securities have a regulatory risk attached to them, the probability of these risks transpiring is unlikely. Ultimately, itís important for investors to assess their appetite and ability to bear market-related risks and carefully analyse available options.

All the GCC countries, excluding Kuwait, have their currencies pegged to the US dollar. The UAE dirham has been fixed at a rate of 3.6725 to $1 since 1997. The Kuwaiti dinar is pegged to a basket of currencies, after scrapping its dollar peg in 2007.

Although, we saw the dollar depreciate in the last year, President Donald Trumpís new tax plan could cause a tidal wave of internationally-held cash to flood back into the US. This would lead to an increase in demand for dollar and we could see the currency appreciate.

The repatriation tax plan, is designed to incentivize US-based companies that do big businesses overseas to bring those profits back home. Looking at all US-based companies, according to Citigroup, there is a whopping $2.5 trillion of capital stashed internationally. If the policy comes into play, we could see the dollar appreciate and subsequently the UAE dirham would follow suit relative to the other currencies.