Zawya - Gold prices are skyrocketing. Is now the best time to buy or sell? 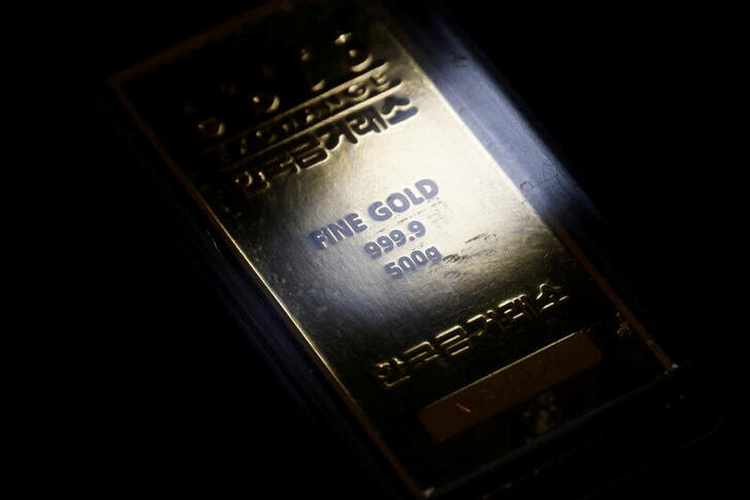 Gold continues to have a stellar run this year, reaching record levels never seen before. On Wednesday, it breached the milestone mark of $2,000 an ounce, driven mainly by investors seeking havens for their fortunes amid the coronavirus pandemic.

Should customers cash out their investments in the precious metal right now or wait longer for its value to rise further? Zawya spoke to a few analysts for insights.

Many are betting on the precious metal to continue rising, but the soaring prices have also enticed some investors to secure more immediate profits. In the UAE, for example, some customers have returned to the souks to sell their jewellery, bars and coins to take advantage of the high prices and get some much-needed cash.

“With oil prices down and [the] tourism sector severely impacted, many individuals in the UAE have lost their jobs or their business have been hugely impacted,” said Arun Leslie John, Chief Market Analyst at Century Financial. “These individuals in need of cash are now opting to sell some gold and [make] some gains after witnessing the massive rally in the metal over the past few days.”

Gold has gained more than 30 percent in value this year. In dollar terms, those with gold holdings could be looking at a considerable profit of more or less $500 an ounce. There are speculations that the yellow metal could hit $3,000 next year, as the coronavirus pandemic is expected to continue driving investors to seek safe havens.

“We’ve called for $3,000 gold as a target in the next 18 months…We think the pandemic is boosting gold demand from investors because of a large surge in savings… growing inequality, because of the vast capital destruction cycle that we’re seeing, because of declining productivity, because of rising public debt levels and, the most important of all, because equilibrium interest rates are falling,” Francisco Blanch, head of global commodities at Bank of America Merrill Lynch Global Research, during a recent conference call.

According to John, people who have physical gold can sell their holdings now, if they are hard-pressed for cash. However, those who may have no urgent reasons to sell might do well to just sit it out.

“Retail customers in need of cash can use this opportunity to sell the metal, however, the metal seems poised for more gains in the long run. The backdrop for gold remains highly conducive, primarily supported by unwavering support from central banks in the form of liquidity injections and easing monetary policies,” John told Zawya.

“These measures are likely to remain in place for the foreseeable future which will keep bond yields low, lift inflation expectations and, in turn, make gold more attractive,” he added.

Another factor that is helping gold to go higher is that China’s gross domestic product (GDP) has been quickly converging to US levels, according to Blanch.

“This is a very important factor because again it brings questions about the US dollar as a reserve currency. And ultimately, I think the fact that China could become the largest economy in the world may create a tectonic geopolitical shift,” said Blanch.

“As we’ve seen, [rising tensions] have led to changes in foreign policy behaviour, with the US shutting down a Chinese consulate in Houston and then China responding by doing a similar measure in their own territory. So, I think this situation is likely to lead to more gold demand down the road,” he added.

Gold’s rally has been driven mainly by investors buying exchange-traded funds (ETFs), inflows to which have soared by more than 30 percent this year.

Demand for gold jewellery dropped by 46 percent worldwide in the first half of the year, partly because the shops were closed and there were mobility restrictions during the lockdown. Retail customers were also discouraged by the soaring prices.

In the UAE, gold jewellery demand slumped by 86 percent in the second quarter to 1.3 tonnes compared to 9.3 tonnes in the same period last year.

“Gold has had a relentless march this year, as the pandemic drove safe-haven demand and central banks worldwide responded in the form of rate cuts and massive liquidity injections which are a boon for the non-yielding metal. However, all of the demand for gold was investment demand and not retail jewelry demand,” John noted.