ZAWYA - Imagining the unimaginable - black swans and the enduring opportunities 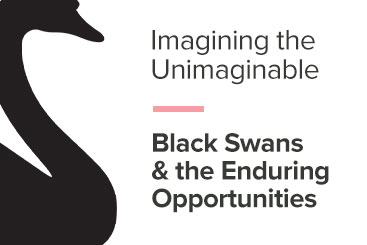 The theory of black swan is a figurative expression often used to describe set of events that come as surprise and a shock to the markets. The term Black Swan originates from the previous belief that all swans are white as those were the only ones accounted for. In 1697, Dutch explorer Willem de Vlamingh discovered black swans in Australia. This was an unexpected event in history that profoundly challenged the entire zoology domain. Using this analogy in the financial markets, it represents a set of events that no one has previously predicted. Once these events, which are statistically an outlier out of the normal, are achieved the resulting market chaos is destructive for the entire global economy.

In the financial world, this theory was pioneered by Naseem Taleb in his 2007 book “The Black Swan”. The dictionary definition refers to only those events that have been unexpected in nature & those whose consequences range beyond the normal market downfall. In a statistical and mathematical sense, it is often seen as an extreme Outlier & Silent Risk.

The Past & The Present

In each of the above events, there were certain elements in place that screamed of a coming market crash. 2008 US Subprime crisis was a result of falling housing sector prices in 2006 which saw major mortgage lenders going bust. Many leading economist hinted at the unprecedented scale of the subprime bubble bust and likely pass through effects on economy. It was only after the collapse of Lehman brothers in Sep 2008 that world started to realize the devastating effects of this event. Similar is the case now with the ongoing corona virus pandemic & its impact on the global economy.

As with past events, the current debate on whether to classify the pandemic as black swan or not continues. While the jury is still out, market nevertheless failed to predict the pandemic to have such a disastrous impact on markets. The initial reports of a SARS like pandemic infection having its roots in Chinese seafood markets started surfacing in the media in the late December – mid January period. It was only after the record number of rise in cases post the late Jan period that markets started realizing the gravity of this situation. Global market reaction was even more complacent with major indices dropping only post mid Feb period.

Current episode of extreme market volatility has also seen extreme dislocations in the markets. Oil markets that initially expected oil prices to bottom near single digit levels are now faced with unprecedented situation of spot market prices dropping below zero & into negative zone. Recent dip of WTI May futures below 0 levels has very well highlighted the silent risks present in the markets. Spread between Gold spot prices & the immediate month futures for delivery widened near triple digits owing to various problems including refinery shutdown & logistical issues. Both these incidents caught the market completely off guard.

Insurance and reinsurance industries are in business to take bets on risks that can be identified, assessed financially & planned according to the expected financial loss outcome. Disasters like hurricanes, earthquakes or even a terrorist attack is often covered in the standard list of clauses covered by major life & non life insurers. The losses arising from such an event can be quantified in the long term as the nature of the calamity is known. The problem arises when a sudden market shock like the current pandemic threat starts affecting the livelihood. There are still no available estimates as to the amount of economic losses the world is likely to absorb this year even as the max numbers of global cases are yet to peak out. Because there is absolute no certainty with which black swan events can be modelled, the associated premiums required to insure against unforeseeable events is high. As an example, post the US 9/11 attack, major insurers around the world have made a point to include “a non planned, unforeseeable global disaster that is likely to have huge financial impact” in set of clauses that are covered.

Ongoing Covid 19 pandemic has pushed global indices into bear market territory with peak fall of - 50 % from Feb high seen for some of indices. Majority of other indices including ones in US saw losses between - 30 % to - 40 % range.

As seen from the accompanying table, any black swan event causes immediate downfall in the markets (US SPX 500 index data). What follows is a path to sustained recovery. Investors have always made use of lower valuations & beaten down prices of good quality stocks as a valuable buying opportunity. While immediate short term decline causes maximum pessimism in the markets, recover always takes place within couple of months.

Many people often worry that post a recession things would become even more unpleasant for businesses worldwide. Smart investors & entrepreneurs always think from the contrarian perspective and make use of this short term crisis to launch /fund good potential high growth startups. A rule of thumb for such investors is the fact that all recession end at some point of time & things are always better judged from long term perspective.

If history is any guide, many well established tech names that are seeing multibillion dollar valuations currently are a by-product of last recessionary cycle of 2008 GFC. Few of the notable examples include : Whatsapp – 2009, Groupon – 2008, Instagram 2009, Uber – 2009, Slack – 2009.It would not come as surprise if few years down the line we would be discussing some new amazing technologies or companies that started & prospered during the current pandemic.