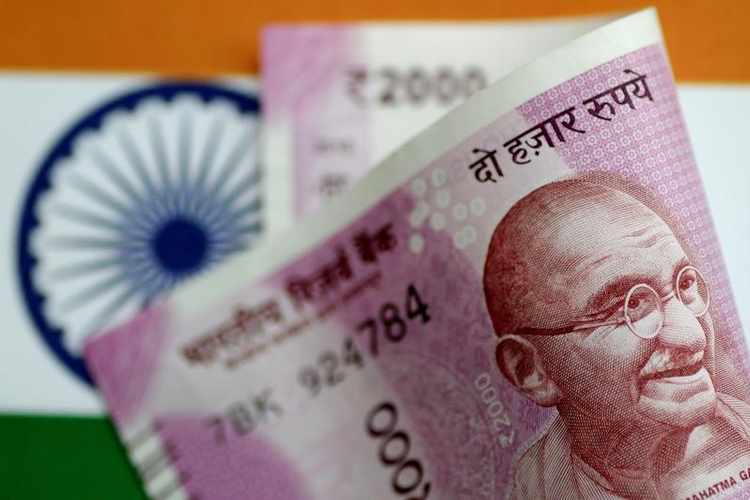 The Indian rupee has also fallen, the latest victim to the coronavirus scare after the Indian health ministry confirmed that two new cases of the virus were detected; one in New Delhi and the other in Telangana.

The Indian rupee on Tuesday plunged below levels of 73 against the dollar, breaching a key psychological threshold. On Wednesday morning, the rupee was trading at 20 versus UAE dirham at 9 am (UAE time). It later recovered by 24 paise to 72.95 against the dollar in early trade.

The Indian government has expanded screening of air passengers to include arrivals from Italy and Iran where multiple cases of the virus have been confirmed. Earlier, passengers from China, South Korea, Japan, Hong Kong, Singapore, Nepal, Thailand, Indonesia, Vietnam and Malaysia were being screened at Indian airports.

India’s economy, which has recently shown signs of recovery, is expected to come under pressure from the slowing down of the global economy due to the spread of the virus.

Fitch Ratings on Monday cut its forecast for India's economic growth to 4.9 per cent in the current fiscal from the 5.1 per cent estimated earlier on weak domestic demand and supply chain disruptions due to the coronavirus outbreak.

Capital Economics also changed its estimated 2020 GDP growth levels for India to 5.3 per cent from the pre-virus scenario of 5.7 per cent. Global growth is expected to fall to around 2 per cent this year.

On the volatility index, USD/INR one-month implied volatility increased to 8.2075 per cent, the highest levels recorded since August 2019. Looking at the historical value, the current value of 5.2154 per cent has spiked from previous one-month lows of 4.20 per cent.

“Current spike in volatility levels is natural considering INR depreciating beyond 73 levels against the dollar. This is likely to ensure more hedging by Indian importers in the offshore NDF market causing a feedback impact on the spot onshore prices,” said John.

Among other factors contributing to the weakness in the Indian rupee is that the investor climate in the country looks weak leading to risk-averse foreign institutional investors (FIIs) pulling funds out of India.

For the last three trading sessions in Indian markets, FIIs sold and pulled back INR 5,800 crore worth of dollars. “This has likely caused huge dollar outflow with active INR selling seen in the spot markets,” said John.

“The impact of coronavirus if it lasts for long is expected to impact almost every sector of the economy from financial markets to travel & tourism. Benchmark Indian stock index, Nifty 50 is just 400 points above its 2019 opening levels. A breach below these levels is expected to ensure deeper retracements for the index. This is likely to cause more selling by FIIs affecting rupee levels further.”

Another factor that is impacting fund flows to Indian markets is the lack of recovery in local indices despite the current slide in oil prices. In the past, Indian markets have always rallied sharply on account of any sharp selloff in oil prices, said John.

While over the past one year, the rupee’s performance has been fairly decent on account of robust inflows to Indian markets, now the rupee looks likely to depreciate further.

“On a short-term basis, the INR is likely to touch high levels of 75 in a worst-case scenario. Thereafter, the probability of the Reserve Bank of India (Indian central bank) intervention is high,” said John.