Mega-cap share prices: How Apple and co took over the S&P 500 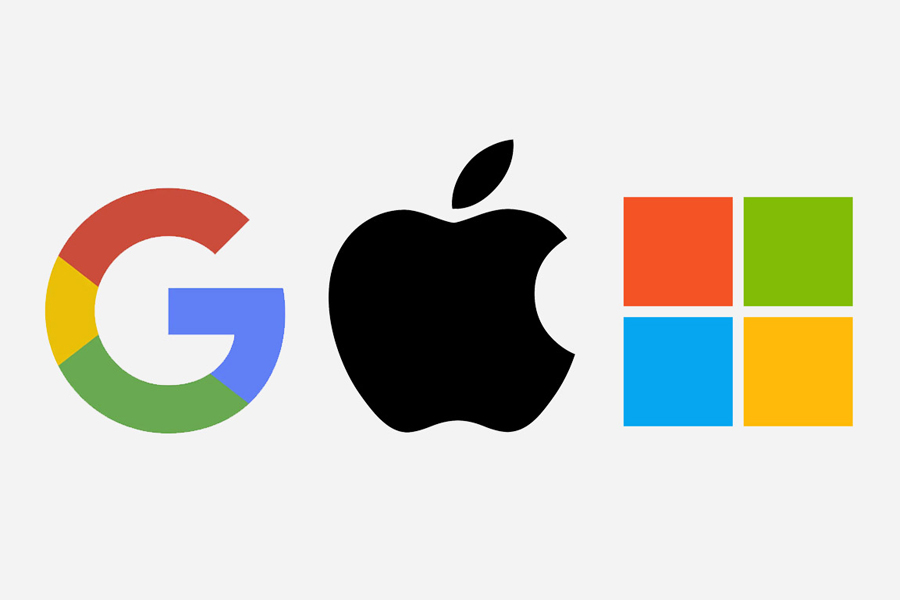 The share price performance of mega-cap stocks Alphabet, Apple, Amazon, Facebook and Microsoft has been relentless, but has their market dominance over the S&P 500 gone too far?

The S&P 500 shed 5.9% last week, closing at 3,041.31 on 12 June — its largest weekly loss since March, according to reports. The pullback was helped in no small part by the drop in share price for a number of the index’s top stocks.

Although Amazon [AMZN] and Apple’s [AAPL] share price actually bucked the trend, up 0.8% and 1.6% respectively, the share prices of Alphabet [GOOGL], Facebook [FB] and Microsoft [MSFT], lost a combined $35bn in market valuation between 8 and 12 June, as concerns over a new wave of COVID-19 infections started to build.

This news would not be particularly concerning if it were not for the fact that Apple, Amazon, Facebook, Alphabet and Microsoft constitute more than a fifth of a major index, of more than 500 large-cap stocks. So, is this growing gulf between mega-cap tech share prices set to cause wider issues?

The S&P 500 is supposed to hold the 500 most valuable companies in the US. However these days, just five companies’ share prices account for a massive 22% of the 505 strong index. The top 10 companies, meanwhile, account for 25.8% of the index’s weighting.

The market valuations of the five largest constituents — which in order are Microsoft, Apple, Amazon, Facebook and Alphabet — was collectively worth $5.6trn at the end of May. Apple’s market cap as of 16 June’s close stands at $1.53 trillion, a 57% gain in Apple’s share price since a year-to-date low on 23 March has seen the company amass this colossus valuation.

The combined value of these five stocks would represent 22.2% of the market capitalisation of $25.24trn as of 31 May, according to data by YCharts. This has grown from the 17.5% that CNBC had recorded at the end of January.

Since the pandemic-induced market crash in March, tech share prices have rallied on the rising demand for essential online services. A third of stocks that made up the Russell 3000 were down by more than 30%, and half by 20% or more, while the index itself only dropped by 11% between mid-February and the start of June, the Financial Times reports.

The fear among many is that technology — also the largest sector in the Rusell 3000 index by market capitalisation — is masking underperformance, and creating what Binky Chadha, chief strategist at Deutsche Bank, calls the imbalance “a tale of two stock markets”.

Indeed, the trend towards digitisation has left tech’s largest companies flush with cash, giving them fuel to expand into new industries. Facebook has entered e-commerce, Amazon has made a play at gaming and autonomous vehicles, and Microsoft has gone on a cloud acquisition spree.

Meanwhile, the remaining bulk of listed companies are trying to raise capital to see them through the downturn.

The impact of narrow breadth

The same high levels of tech concentration in the S&P 500 happened back at the peak of the dotcom bubble in the 2000s when it hit 18%, Goldman Sachs strategist David Kostin observed.

With the stock market experiencing such narrow breadth — which is the measure of how many stocks are advancing relative to those that are declining — and high dispersion, it could be signalling a downturn based on past performance.

Goldman Sachs pointed to breadth narrowing before the tech bubble and recessions in 1990 and 2008, as well as prior to the 2011 and 2016 economic slowdowns. They added that sharply narrowing breadth has been an indicator for both below-average returns and “larger than average prospective drawdowns.”

Similar to past events, the three-month rally across US equities that has followed on from March’s crash is starting to show signs of fatigue.

For Kostin, a correction could be because “a handful of market leaders” begin to question overblown valuations and “investor crowding” are supported by fundamental earnings strength.

“In these cases, the market leaders 'catch down' to weaker peers,” Kostin wrote. “In other cases, an improving economic outlook and strengthening investor sentiment helps laggards 'catch up' to the market leaders. In both cases, on a relative basis the outperformance of market leaders eventually gives way to underperformance,” he said.