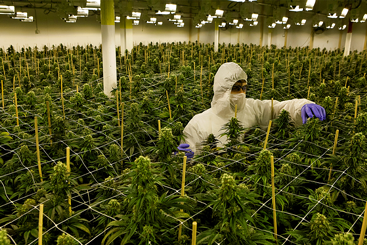 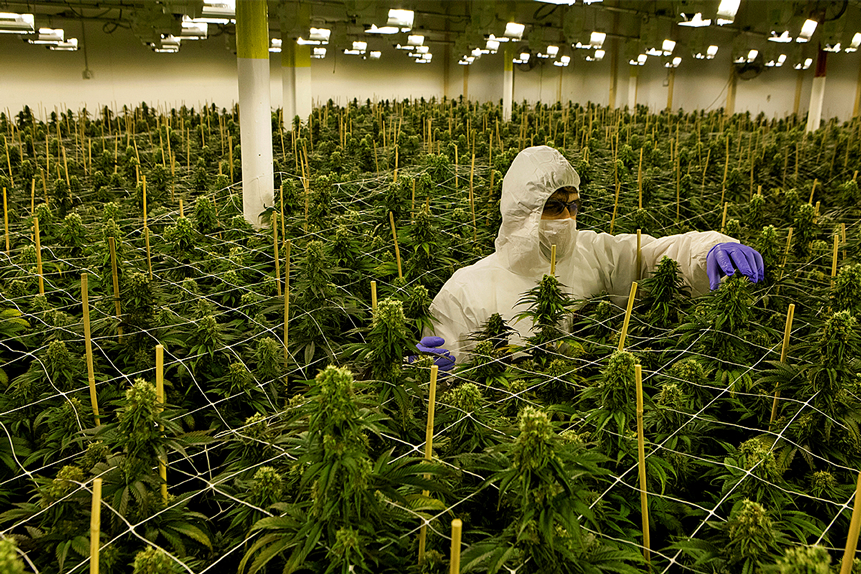 The ETFMG Alternative Harvest ETF [MJ] had struggled to ignite in 2020, rising from $13.75 at the close on 28 July to just $14.35 at the close of the year. However, the election of US president Joe Biden helped raise hopes of a swift end to the US federal cannabis prohibition, which saw the fund rise to a 52-week high of $34.58 during intraday trading on 10 February.

But delays to the hoped-for legislation change made investors nervous, as did reports that it was US vice president Kamala Harris who was the main supporter, rather than Biden. According to Marijuana Moment, Biden only supports modest reforms such as decriminalising cannabis possession.

The ETFMG Alternative Harvest ETF was also hit by sales wobbles as stores were closed during the Canadian lockdown, where the fund has 37.2% of its holdings in, due to COVID-19 and concerning news around the medical effects of cannabis, such as children overdosing on infused gummies.

The recent lift in the fund’s price came after US Senate majority leader Chuck Schumer unveiled a draft bill in the US Senate — the Cannabis Administration and Opportunity Act — which would end the US federal ban. Schumer needs 60 votes to win, however he has already admitted that “we don't have the votes necessary at this point”.

The ETFMG Alternative Harvest ETF’s year-to-date total daily return is 24.80%, according to Yahoo Finance, as of 26 July. It also has net assets of $1.35bn. This is down from 63.2% and $1.8bn, respectively, when Opto last looked at the fund back in March this year.

Shares in GrowGeneration are flat in the year-to-date, up 0.7% as of 23 July. Known as the largest chain of specialty hydroponic and organic garden centres, the company reported record first-quarter revenues of $90m, up 173% year on year. It was boosted by making nine acquisitions since the start of 2021, which it has added to acquiring California’s Mendocino Greenhouse & Garden Supply in July.

GrowGeneration has also recently launched a new e-commerce platform, including click and collect options. The company expects overall revenues to double to around $470m this year.

Elsewhere, Canada’s Organigram share price is up 85% in the year to date (through 23 July). It reported a 51% rise in third-quarter revenues to $29.1m, lifted by adult recreational use. The company expects fourth-quarter revenues to be higher as COVID-19 restrictions lift and cannabis retail stores in the country re-open.

Organigram will also be boosted by its acquisition of The Edibles & Infusion Corporation earlier this year, along with new cannabis-infused candy ranges as well as a $221m strategic investment from British American Tobacco [BTI] to develop products.

US legislation set to be a boon for the cannabis industry

Even if US federal legislation fails this time around – although Cantor Fitzgerald’s Pablo Zuanic recently suggested that it could muster the necessary 60 votes — the future for cannabis stocks looks bullish. ETFMG expects the global cannabis market to grow at a CAGR of around 23.9% and reach $66.3bn by 2025.

“Progress is being made toward the inevitable final chapter here, which is federally legal weed,” wrote Luke Lango in InvestorPlace. “Mexico just legalised pot earlier this year. Across the pond, Poland and Ukraine are inching closer toward cannabis legalisation. The global stage is set for the long-overdue Pot Stock Boom.”

Jason Wilson, cannabis banking and research expert at ETFMG, also talked up increasing consumer and transaction volumes as well as growing sales in the US and Canada in Green Market Report.

“While the current challenges and headwinds have created significant volatility for investors to date, it appears that the catalysts remain in place for the domestic and global cannabis markets to continue to expand at a significant pace for the foreseeable future,” he wrote.