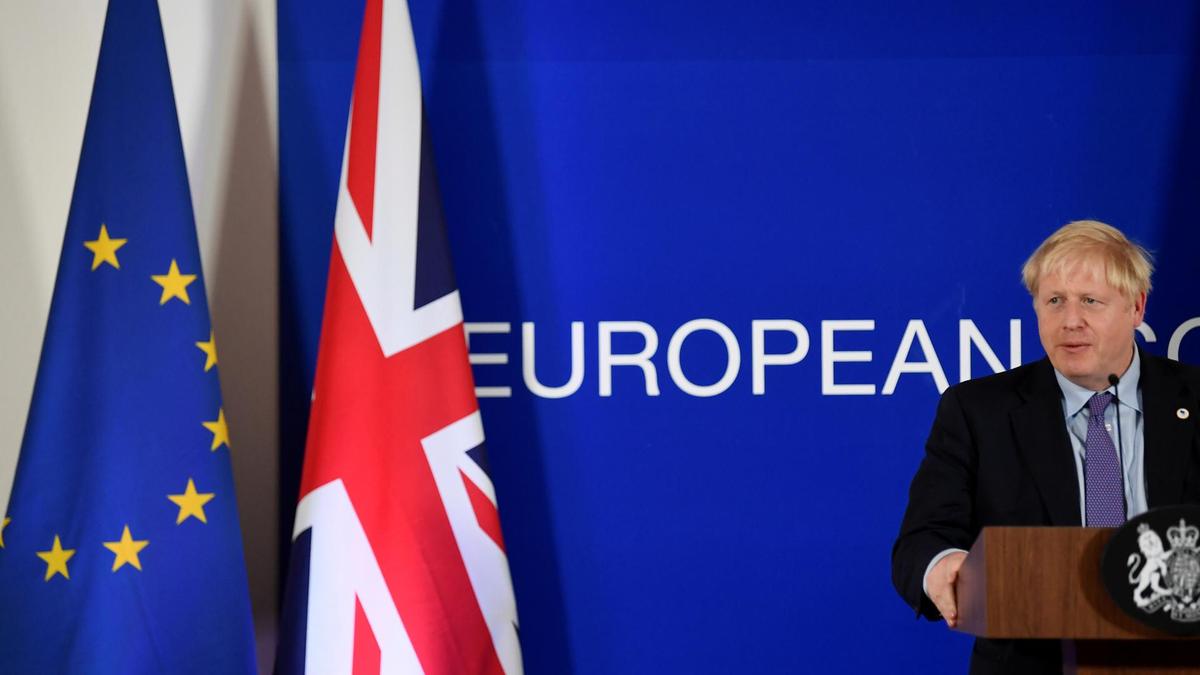 The British pound is on the ropes again. It has taken a battering since the UK voted to leave the European Union in June 2016, and the blows continue to rain down.

Less than two weeks before the country leaves the EU for good on December 31, Prime Minister Boris Johnson still hasn’t struck a trade deal with the bloc.

Both sides have been digging their heels in, with fishing rights said to be the final and most insurmountable obstacle.

Fisheries may contribute only 0.1 per cent of the country’s gross domestic product but they symbolise the UK’s desire to regain sovereignty, while French President Emmanuel Macron wants his country's fishing fleets to retain access to British waters.

As if that wasn’t enough, the country faces another two months of lockdown after being hit by a mutant strain of Covid-19 that is up to 70 per cent more transmissable. Mr Johnson’s worst fears have come true as he becomes the man who cancelled Christmas.

In a cruel irony, Europe has shut its doors on the UK as a string of countries block all flight, ferry and train arrivals to protect themselves.

Sterling is now at a tipping point. At the time of writing, it has dipped below $1.33 and €1.09. From here, it could go anywhere, depending on the outcome of EU talks. We will know in the next few days.

So what should UAE-based expats and residents who want to make remittances or buy assets such as property in the UK be doing right now?

Brexit may be a mess for the UK, but it has been an opportunity for anybody earning US dollar-linked dirhams.

In recent days, it picked up and hit $1.35, as much due to US dollar weakness as sterling strength, and many felt the opportunity to send money to the UK had passed. The opportunity may soon be back, though.

Gaurav Kashyap, head of futures at Equiti Global Markets in Dubai, says a trade deal could drive the pound as high as $1.42, while a hard Brexit could see it crash to $1.27, a fall of 6 per cent from today’s level.

Mr Kashyap says no deal would give dollar earners a fresh opportunity to send money back to the UK. “Over the longer term, I see good value as being any rate below $1.30.”

Fawad Razaqzada, market analyst with ThinkMarkets, also sees the pound climbing to $1.40 on a deal, but he reckons it could collapse to $1.20 on no deal. “Markets have been led to believe that a deal would be reached eventually, so no deal would be the greater surprise.”

John Hardy, head of FX strategy at Saxo Bank, says even if the UK strikes a deal and the pound bounces, the upside will be limited. “The trade deal may be a very weak one that still leaves further negotiations on key issues.”

The UK will also face mighty challenges. “The country runs enormous external current account deficits, despite having had a weak currency for years, and these are set to continue.”

After an initial bump upwards, the pound is likely to stay on “a relatively weak path until structural improvement is seen”, Mr Hardy adds.

Arun Leslie John, chief market analyst at Century Financial, says traders are actively buying any dip in the pound as they believe a deal will be done. “Mr Johnson and other EU political leaders want to be re-elected and blowing up the economy won’t help their cause.”

The pound enjoyed a boost as the UK became the first country to approve the new Pfizer anti-Covid jab. It has already started vaccinations, raising hopes that the UK could shrug off the pandemic faster than other developed economies, lifting the country’s stock markets and currency, Mr Leslie John says.

However, the country now faces a race against time as it battles to vaccinate its population before the new strain of the virus accelerates further.

The property may also cost more in sterling terms, as the UK is now experiencing yet another house price boom despite its many worries.

Official Land Registry figures, published on December 16, show UK house prices rising 5.4 per cent in the year to October, boosted by a temporary stamp duty holiday that saves buyers a maximum £15,000 on a £500,000 property.

Prime central London properties favoured by wealthy buyers are booming. Nick Barnes, head of research at estate agency Chestertons, reports new sales enquiries are up 40 per cent this year. “We think prices will rise by 2 per cent in prime London locations in 2021.”

Lockdown restrictions have prevented them from travelling to the UK but many have either purchased off-plan or without viewings.

Shaima Jillood, joint head of Middle East at Boodle Hatfield, says high-net-worth Middle Eastern investors are watching exchange rates and hope to snap up prime London properties at bargain prices. “Some are prepared to pay over the asking price as they still stand to make substantial savings on foreign exchange.”

Bidding wars have broken out between cash-rich Middle Eastern investors, Ms Jillood says. “Should sterling take a hit from a no-deal Brexit, we expect these to become commonplace.”

Investors should not base their decision entirely on exchange rate movements. Mr Leslie John warns that accurately timing currency markets is a hopeless task because of their volatility. “Those planning to purchase a property in London next year or considering any other UK investments should consider hedging their currency risk via futures and options.”

In a strange quirk, when the pound falls, the UK’s leading stock market index, the FTSE 100, typically rises (and vice versa).

This happens because blue-chip companies listed on the index generate three quarters of their earnings overseas, which are worth relatively more when converted back into a weaker sterling.

That explains why the FTSE 100 recovered after an initial post-referendum crash, and this could also reduce the negative impact of no deal.

No deal will not be the end of the world for UK shares, though. “They have underperformed substantially over the past few years, look particularly cheap and are already pricing in a fair amount of bad news,” he says.

Mr Thompson is increasingly optimistic about UK equities. “The recent rotation out of this year’s winners, such as China and the tech sector, into the laggards, such as the UK and the banking and energy sectors, has further to run.”

He adds: “This should be driven by a strong global recovery next year on the back of vaccine rollout and should not be derailed by Brexit.”

The world is waiting to see if the UK can strike some kind of deal with the EU. Many in the UAE will find it is in their best interests for the UK to crash out without any agreement.

If that happens, it could be time to go on a shopping spree. The dollar isn’t strong against many currencies, but the pound would be one of them.

We will know soon enough.