The National - NFTs explained: Why digital art, videos and tweets are selling for millions 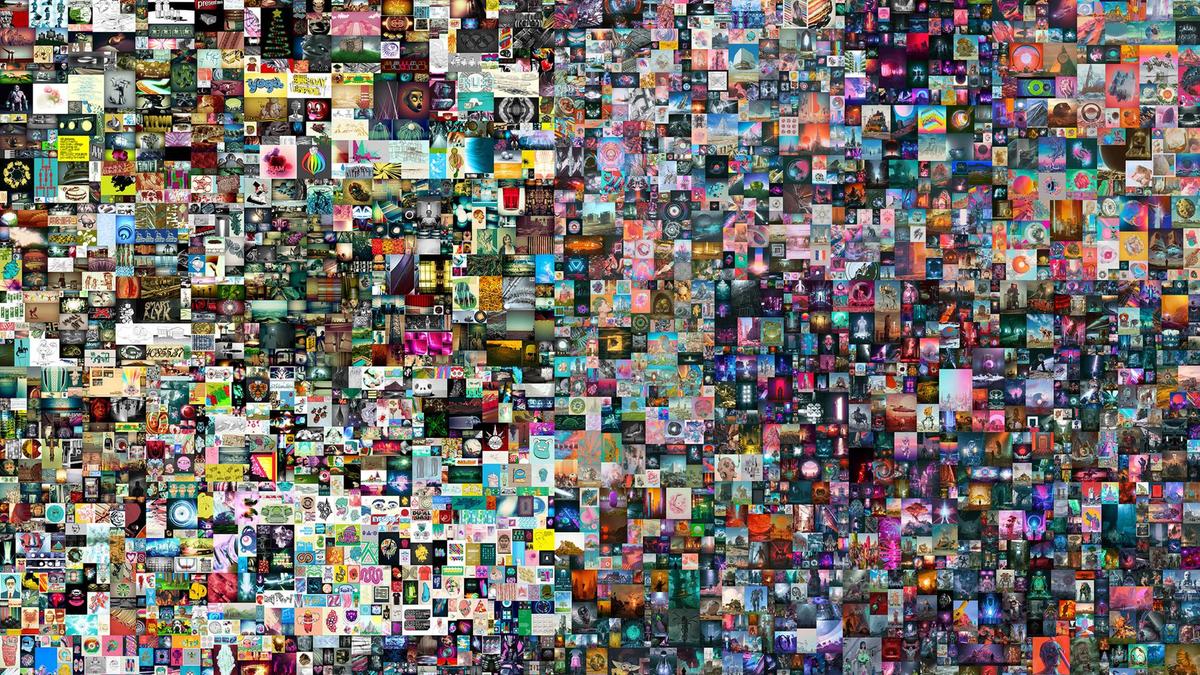 Would you spend $2.5 million buying somebody else’s tweet? Of course you wouldn’t, but there are investors vying to do just that.

Or would you blow almost $400,000 on a piece of video art lasting less than a minute that anyone can view on Instagram? No you would not, but people do.

If you think the investment world has gone crazy, with the frenzy over US video game retailer GameStop and dog-meme crypto Dogecoin, the latest hot trend will only confirm your suspicions.

Welcome to the world of non-fungible tokens (NFTs), where people are willing to spend more than $200,000 on an online video clip showing a great moment in NBA basketball history. A moment that anybody can view on the web, but you get to “own”.

It sounds daft today, but in a few months time you might be clamouring to buy NFTs, too. Either that or feeling smug as the craze turns out to be yet another of the bubbles afflicting today’s overheated bull market.

You don’t want to be close-minded, though. You didn't get Bitcoin at first, but kind of wish you did now.

So what exactly are NFTs?

First that word fungible. Wikipedia states: “In economics, fungibility is the property of a good or a commodity whose individual units are essentially interchangeable, and each of its parts is indistinguishable.”

Non-fungible tokens are the opposite of interchangeable.

[They are digital assets that exist on the blockchain, sometimes called digital passports as “each token contains a unique, non-transferable identity which distinguishes it from other tokens”, says Ivan Soto-Wright, chief executive and founder of crypto payment solution firm MoonPay.

This is the big attraction. “The singularity of each token makes them easy to verify and can drive certain tokens to be highly sought after,” he adds.

They offer a unique guarantee of authenticity as they cannot be copied, stolen or replicated. You bought it, you own it. You can sell it, too.

NFTs are created on smart contract platforms such as Ethereum, Mr Soto-Wright says. “They use cryptographically verified information to ‘lock’ and secure a particular asset, which can be bought or sold, but never replicated.”

You just knew cryptos would be involved at some point, didn’t you?

As a result, you can own, for example, art, music and images – or, as shown by the success of NBA Top Shops, a slam-dunk moment in basketball history.

If you are struggling to understand how or why people would do this, then picture the more familiar world of collectibles. Instead of a John Lennon doodle or Elton John’s unused toaster, you are buying digital art or memorabilia.

Mr Soto-Wright says digital ownership allows buyers to establish and enforce their property rights, and the principle can even apply to physical goods.

It can also help create a secure secondary marketplace for trading digital goods, which is where the investment opportunities may lie.

Artists have been early adopters. Canadian singer and musician Grimes recently auctioned off around $6m worth of NFT-based digital artworks at an auction.

Her most expensive piece, which sold for a thumping $389,000, was a video called Death of the Old, showing a ruined castle, floating “WarNymphs”, a cross and ethereal light, set to an original song by Grimes.

Electronic musician 3LAU was reported to have made more than $11m in a weekend by selling albums and other goods as NFTs.

Nashville rock group Kings of Leon made $2 million by selling Ethereum-based NFTs alongside their latest album When You See Yourself.

The band's “drop” included tokenised versions of the album featuring a limited-edition vinyl release and exclusive digital artwork. Unsold editions were burned to add to the scarcity of those sold. None of this can be reproduced later, so over time its value could rise, assuming other collectors want to buy it.

Digital artist Beeple sold $3.5m worth of art through Nifty Gateway last year. His work Everydays: The First 5000 Days became the first purely digital work to be sold by a major auction house, Christie’s. Bidding closed at $69.3 million, which is a lot of money to pay for a JPEG.

Robert Norton, chief executive of Verisart, says the advantage for the artist is that NFTs can help distribute royalties fairly and in more direct ways. “They can be configured to pay an artist, say, a percentage every time their work is sold. Buying NFTs can directly reward creators you admire and appreciate.”

As with cryptocurrencies, Mr Norton says there are potential benefits to being an early adopter and acquiring works early but he cautions: “To buy art purely for its monetary value misses the point of enjoying art for its own sake.”

He also warns that NFTs are still in the “Wild West phase” with plenty of speculative activity. “Buy what you like or what you believe is significant, rather than to resell at a profit.”

He says anything digital can be turned into an NFT, and companies are looking at applying them to physical art and collectibles as well. “After the initial frenzy subsides, the need to ensure legitimacy and scarcity mean this technology isn’t going away,” he says.

Tom Stelzer, cryptocurrency specialist at personal finance comparison site Finder.com, says NFTs can democratise the art market, making it easy for artists to connect directly with collectors and buyers, and cut out the need for gatekeepers or middlemen.

"They also have potentially revolutionary applications for things like ticketing and video games, especially games built around collectibles.”

It is important to note that NFTs are not the digital artwork or media itself, but a tokenised record of ownership recorded on the blockchain. “You can trade them like any collectible or valuable, but understanding which NFTs are likely to retain value and anticipating future trends, will be challenging.”

He adds a word of caution: “While the blockchain reduces the likelihood of fraud or forgery, this is still an unregulated market. Whether buying an NFT confers genuine legal ownership of the underlying asset is still a grey area.”

Another concern is that the market is relatively illiquid, and the pool of buyers remains small. “If demand for NFTs dissipates, investors may find themselves stuck with an item for which they can’t find a buyer.”

Early adopters can be winners, such as those who bought early NFT project CryptoPunks, 10,000 unique collectible characters with proof of ownership stored on the ethereum blockchain. “It has generated millions in sales this year alone, even though CryptoPunk characters could be claimed for free when launched in 2017,” Mr Seltzer says.

NFT investors can trade on popular market places such as OpenSea, Rarible and Atomic Assets, which had combined trading values of £340m ($474.6) at the end of February, Vijay Valecha, chief investment officer at Century Financial in Dubai, says.

"While you can buy NFTs with regular money, such as dollars and euros, current interest is tied up with the crypto boom, with most transactions through existing Ethereum holdings.”

The big question is why would someone be willing to pay millions of dollars for a virtual asset?

Some people are buying into brands they love, and artists and celebrities they admire. As in the case of that $2.5m tweet, which was sent in 2006 by Twitter founder Jack Dorsey. Bidding ends on March 21 and the proceeds will go to Give Directly’s Africa Response fund.

His tweet will remain viewable on the internet for free, assuming Twitter or Mr Dorsey do not remove it.

NFTs offer businesses exciting opportunities, allowing major brands to auction upcoming products, Mr Valecha says. “When rolling out a new product, a company like Apple might invite bids to be the first buyer. The owner can proudly claim to hold the virtual rights to such a precious asset.”

While early adopters may benefit from leaping into futuristic technologies, most should stand well clear, "unless they really understand the underlying market”, he adds.