The National -What happens to your assets when you die? 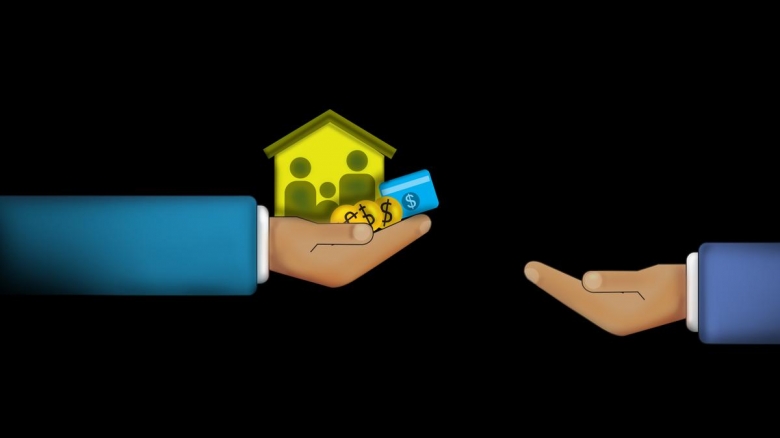 You may see yourself as a free-spirited internationally mobile expat but it is a different matter when it comes to your assets.

While you may float from one jurisdiction to the next, your property, pensions, investments and savings accounts may remain moored in a specific place and could be subject to the local tax and inheritance regime.

Most expats fail to question what happens to their savings should they die.

This can be complicated enough while you are alive but things can get really tricky when you die. If you hold assets in multiple jurisdictions, your loved ones could face a complex, protracted and costly probate process when you die, on top of the heartache of losing you. Inheritance laws differ from country to country and can be highly complicated, with conflicting rules on who gets what.

This is why you need to plan for today, even if you are brimming with life and health. Also, with careful planning you can reduce any inheritance tax bill your family may incur when you die.

Many expats wrongly believe that assets in their home countries are exempt from local inheritance tax if they are resident in the UAE, but that isn’t the case with property, which is usually taxed locally. You may be resident in the UAE but your domicile — your permanent home, or a country with which you have substantial links — may be elsewhere, giving you a tax liability there.

Stuart McCulloch, Middle East market head at The Fry Group, says many expatriates with a British domicile fail to realise their entire worldwide estate may be liable for UK inheritance tax. “By contrast, if non-UK domiciled, only assets physically based in the UK will be affected,” he explains.

There are three main types of domicile: domicile of origin; domicile of choice; and domicile by operation of law. One’s domicile is determined by several factors, including the intention of staying there long term.

Mr McCulloch advises having a will in your country of domicile and separate wills in any countries in which you hold land or property assets. Generally, there will be a court process in every jurisdiction where you hold assets, which may require specialist legal assistance, he says.

Arun Leslie John, chief market analyst at Century Financial, says if a non-Muslim expat dies without registering a local will, their UAE-based assets such as property, bank accounts and shares could be distributed among their extended family according to Sharia.

Local bank accounts may also be frozen until liabilities have been discharged, and dependent visas cancelled. Where there are minors under 21 years old, the courts could even appoint interim guardians.

Mr Leslie John says this applies even if you have a will in your home country. “A court case appealing automatic appropriation can take considerable time and has huge costs associated with it.”

To prevent this, those with assets in the UAE have the option of registering their wills with Dubai Courts or the Dubai International Financial Centre (DIFC). The DIFC Wills Service Centre, established by Resolution No 4 of 2014, allows non-Muslims to choose their home country law to govern inheritance and probate. The service applies to assets in Dubai and Ras al Khaimah, while Dubai Courts covers assets in all of the Emirates.

In Abu Dhabi, the Judicial Department allows the registration of non-Muslim wills, so they are not subject to Sharia. “UAE expats should consult lawyers across both jurisdictions and start drawing up their wills as soon as possible, if they haven’t done it already,” advises Mr Leslie John.

Many expats may end up with several different wills for different jurisdictions, but this can also be dangerous.

Jan Atkinson, partner and head of private client at London firm Osbornes Law, warns of the danger of making multiple wills, because unless done properly they can contradict and override each other, leading to confusion and legal wrangling over your true wishes.

She recently advised on an estate where the deceased had made four wills in rapid succession, intending three of them to deal with assets in a particular country. “Unfortunately, the last had been poorly drafted and inadvertently cancelled the earlier wills, leaving the executor in a quandary and depriving beneficiaries of assets the deceased had intended them to receive.”

Resolving this will require court proceedings in at least two countries, which will seriously deplete the estate, she says.

The simplest response is to make a local will in any country where you hold assets, as well as an overarching worldwide will covering the remainder of your estate, Ms Atkinson says.

Resist the temptation to do it yourself, she adds. “Both wills need to be professionally dealt with and care needs to be taken to avoid inadvertent revocation of the earlier of the two wills.”

Getting things wrong can be painful for family and even friends. “Disputes can arise between family members, while executors who are potentially liable for costs find themselves struggling to deal with the probate process,” Ms Atkinson says.

Philip Rose, founder of Halwyn, a Dubai-based firm licensed by the Securities and Commodities Authority, says when writing a will don’t neglect assets held on overseas investment platforms. “Most expats fail to question what happens to their savings should they die,” he says.

Holding your money offshore can simplify matters, and his firm offers a low-cost savings plan called FlexGlobal based in Jersey in the Channel Islands. “We include a Jersey will, giving investors the certainty of a well-regulated jurisdiction without concerns about Sharia,” he says.

Fadi Mehdi, country head of relationship management at Danish-based Saxo Bank, says when an overseas client passes away the bank must follow a legal process regarding their assets. “We are only allowed to act upon an instruction from the officially appointed trustee or trustees of the estate.”

The trustee or trustees will have to supply documentation such as a death certificate, a probate court certificate appointing the trustees, and identification that includes a signature.

Not every country will automatically issue a probate court certificate. For example, the UK will only issue one after a bank has supplied information on their client account’s value, Mr Mehdi says.

In contrast, DIFC Courts can issue probates. “If the DIFC Courts’ probate states who the officially appointed trustee is according to Dubai law, then we would transfer the client’s account value to the trustees,” Mr Mehdi says.

Walid Chiniara, partner of family enterprise consulting at Deloitte Middle East, warns that parents who live in the GCC but have children studying overseas could unwittingly find themselves tax resident in multiple jurisdictions.

Countries have different rules, for example, some apply the 185-day rule, which means that if you are in a country for that length of time, you are considered resident there, while others apply a much shorter 90-day rule, Mr Chiniara says.

Parents who regularly visit children who are studying overseas could accidentally become resident for tax purposes in that jurisdiction, if they exceed the maximum visitation days. “In this case, the fact that their domicile is in the GCC will become irrelevant.”

Mr Chiniara recommends that prior to undertaking a major investment, or moving their family overseas, expats should seek advice from a tax expert and perhaps an immigration expert on the rules in that jurisdiction.

The legal and tax implications are the least exciting thing about being globally mobile, but ignore them at your peril.