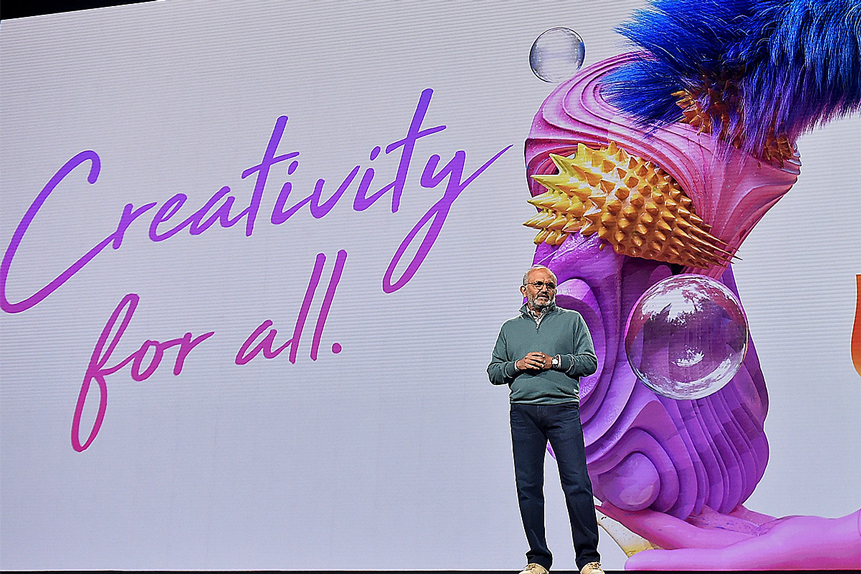 Adobe [ADBE] may not be the most glamorous of big tech names, but the company has benefited from the work-from-home trend and the increased use of digital documents and creative editing suites this year. What can we expect from its Q4 2020 earnings report, due on 10 December, and what might fiscal year 2021 have in store for the company?

Pushed along by the big tech rally in late summer, Adobe’s share price hit an all-time high of $536.88 during intraday trading on 2 September, before pulling back sharply during the market correction. 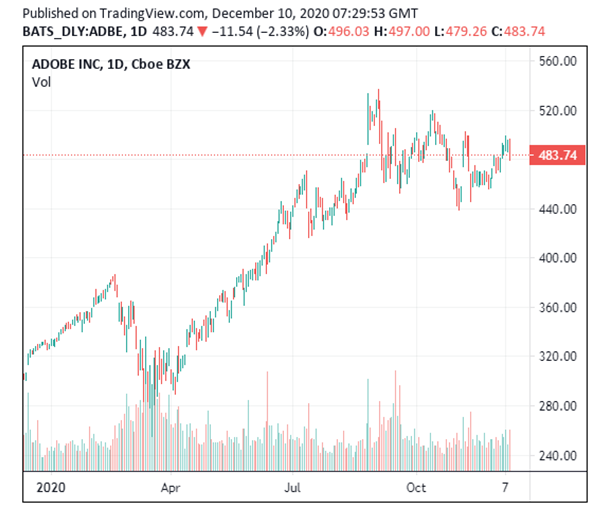 While Adobe’s share price hasn’t recovered to this level in the weeks since, the San Jose company reported record revenue for the three months to the end of August. It reported $3.23bn, a 14% year-over-year increase on Q3 2019’s revenue of $2.83bn. This also beat the analyst consensus of $3.16bn.

Adobe’s share price was volatile following the earnings call, despite positive numbers across the board. Its digital media segment revenue grew 19% from Q3 2019 to $2.34bn, creative revenue was up 19% to $1.96bn, and document cloud revenue grew 22% to $375m. The company saw a 24% increase in its digital media annualised recurring revenue (ARR), which John Murphy, Adobe CFO, sees as key to the company’s long-term ambitions. This increased by $458m quarter-over-quarter, taking the total ARR to $9.63bn.

"Normally, Q3 is a seasonally slow quarter for us, but small businesses and education fully embraced digital tools during the pandemic,” Murphy told MarketWatch.

The guidance is more or less in line with analysts’ estimates. According to Zacks Equity Research, nine analysts have estimated revenue will be in the region of $3.35bn and $3.40bn, and 11 analysts have forecast earnings per share to be between $2.63 and $2.69.

Tools of the trade

There is reason to be optimistic that Adobe can meet, and perhaps even beat, the guidance set, and continue the trend into fiscal 2021.

Adobe has enjoyed strong quarterly revenue growth for the last several years — MacroTrends shows that the last time the company reported a year-over-year decline was Q1 2014.

It was at the end of 2013 that Adobe decided to make the switch from selling software to licensing it out. This transition from being a provider of legacy technology to offering cloud-based software subscriptions is why the company has been able to thrive in the current climate, Paul Meeks, portfolio manager at Independent Solutions Wealth Management, told CNBC.

“Here’s a company that spearheads digital marketing campaigns. And, of course, they were on fire with very aggressive revenue growth before [COVID-19], but [the pandemic] and the world I see after [it] will only emphasise that more.

“I still think that out of all the tech majors, this is probably the one that still has ample upside to the price target, which I still think is either 10%, 20%, 30% higher than its current price,” Meeks said.

Since the interview on 25 October, Adobe’s share price has remained flat, meaning there should be plenty of upside from its current level.

Among the 28 Wall Street ratings available for the stock on MarketBeat, a majority of 23 are Buy and five Hold. The consensus price target of $507.96 would represent a 2.56% increase on Adobe’s share price as of close on 8 December.