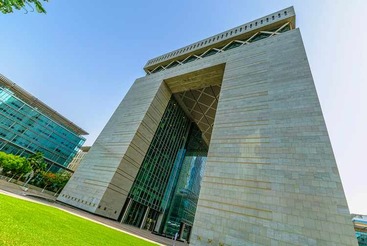 Amount of funds raised by MENA-focused funds dropped by 65% in 2018, according to Preqin data

As the private equity industry in Middle East and North Africa region closes a year of consolidation and slow fundraising in 2018, the alternative investment asset class is not expected to record many transactions in 2019, either.

Amidst rising interest rates and tough global macro-economic conditions, corporate governance-related concerns mean the industry is bracing for more scrutiny by investors, according to analysts.

However, the rising potential of fintech in the GCC, and a likely economic recovery in both Saudi Arabia and the UAE are expected to give the industry a much-needed boost, with the long term prospects of the industry remaining positive, according to industry figures who have spoken to Zawya.

“Regarding the MENA PE industry as a whole, we do not expect many more transactions (in 2019) given the lack of dry powder and the scarcity of new funds launched over the last few years,” Karim El Solh, co-founder and CEO of Gulf Capital, told Zawya by email.

According to Preqin, which tracks data for alternative asset classes, there were 17 private equity-backed buyout deals in MENA region in 2018, which was the same number as in 2017, but considerably lower than completion numbers in 2016, 2015, and 2014, when 32, 31, and 46 deals were completed respectively.

The largest buyout deal recorded in 2018, as per Preqin data, was Abu Dhabi-based Gulf Capital’s investment in Saudi financial technology firm Geidea in May for a reported sum of over $267 million.

“Hopefully, the burgeoning recovery of the regional economy will allow the return of investors to the region and the launch of new private equity funds and more PE transactions over the coming few years,” El Solh added.

2018 was a year of consolidation for the regional PE industry in the Middle East, according to El Solh, as more time was spent on growing portfolio companies and arranging exits than on fundraising. He also said the year marked the entrance of a number of Asian strategic buyers to the region.

Fundraising as a whole for the MENA private equity industry was slow last year, in light of the marked slowdown of the GCC economies and the recent geo-political events, El Solh noted.

“The growth of the regional economies was subdued, and this slowdown had an impact on the rate of growth of portfolio companies as well as the appeal of the region to global investors,” he said.

One crucial factor which made the job of raising funds difficult was the decline of Abraaj Capital. The Dubai-based private equity fund manager was the industry’s biggest player in the region until it collapsed last June following allegations it had misused investors’ funds. The liquidator’s job of unwinding its assets to return capital to backers is ongoing.

Eid Alrashidi, managing partner at Kuwait-based FGA Partners, agreed. “We think it will be hard to raise money for MENA region in 2019 because of Abraaj Capital problems,” he told Zawya by email. Alrashidi’s company, and its predecessor ‘Future Generations Advisors’, is a private equity firm specialising in distressed investments.

The Preqin data sent to Zawya showed that only eight private equity funds with exposure to MENA closed last year, with $406 million in aggregate capital raised – down 65 percent on the $1.168 billion raised through ten funds in 2017. Even this was considerably lower than the $14.283 billion raised in 2015.

“On the other side, we think that we will see many more companies for sale. But there are fewer buyers like us, so we are optimistic about 2019 and we think we will close at least one deal this year,” Alrashidi.

“Companies that were offered to us in 2018 were of bad quality. We started 2019 with a strong data flow and the quality of companies we see are much better,” he added.

Many of the bigger funds to achieve a fundraising close last year were focussed on the wider MENA region, as opposed to the GCC, such as the Ezdehar Egypt Mid-Cap Fund – a $100 million growth fund focused on consumer companies in Egypt – and the $220 million Maghreb Private Equity Fund IV focused on North African markets, which was raised by Tunisia’s Africinvest. 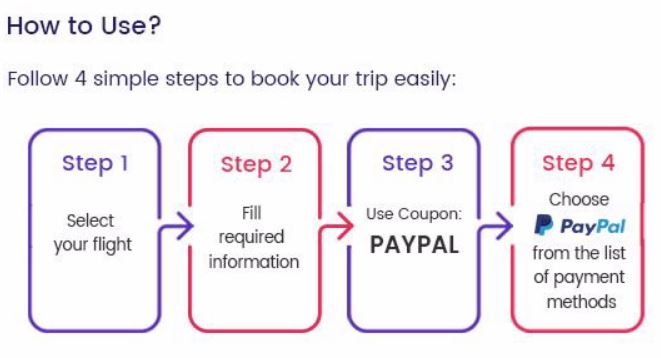 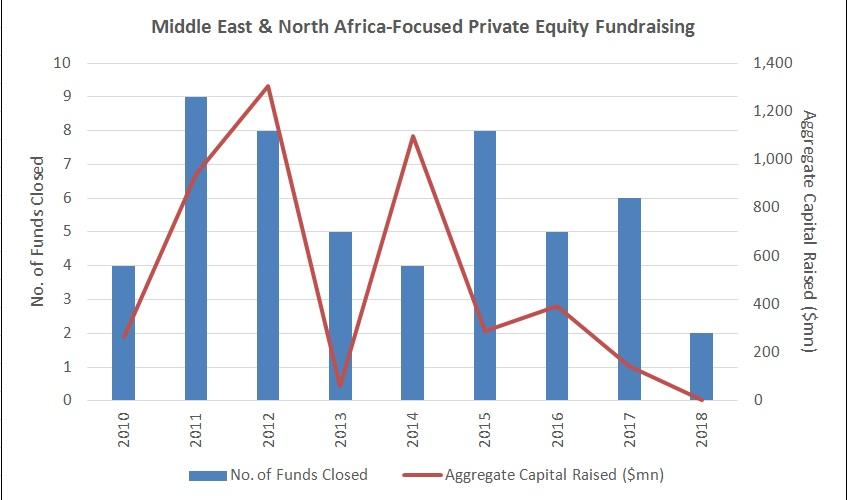 “In UAE, private equity fund raising is likely to be challenged in the near term and scrutiny on the industry will certainly increase. Being the financial capital of Middle East has meant that UAE is a magnet for investment firms that specialise in private equity, venture capital and asset management,” said Arun Leslie John, lead researcher at Dubai-based brokerage Century Financial.

“The sector is huge and it should be possible for them to withstand the reputational damage from failure of Abraaj,” he told Zawya by email.

Nevertheless, the incident is a wakeup call and regulators are likely to attempt to streamline corporate governance and compliance procedures, according to John.

In the medium to longer term, private equity will remain a viable asset class across the markets and new asset managers will emerge, Global’s Sancay argued.

“That said, the PE firms in the region will certainly now be subject to greater scrutiny by the investors which, in return, could bring in positive changes in the areas of corporate governance, reporting and internal control procedures within the industry,” he added.

There were still some notable exits last year which demonstrated that investors can still make strong returns innvesting in regional private equity,  such as Gulf Capital’s $173 million sale of B2B travel agency Destinations of the World to Australian listed Webjet, for which the fund claimed an internal rate of return (IRR) on its investment of 15 percent. Gulf Capital also sold a 74 percent stake in Egypt’s  Medco Plast to Thailand’s Indorama Ventures for 843 million Egyptian pounds ($47.18 million).

“While abnormal macro-economic conditions in this region have been a norm for the last 4-5 years, we think that the private equity market certainly has future in the MENA region and is poised for significant growth led by the GCC in light of intensified MENA-wide economic diversification and development efforts,” he said.

A GCC-wide GDP growth of 3 percent is projected for 2019, according to IMF officials, just below a global economic growth forecast of 3.7 percent.

The UAE economy is expected to recover in 2019 and is forecast to achieve an average real GDP growth rate of 3.8 per cent between 2019 and 2023, according to Dubai Chamber of Commerce, supported by a rise in investment flows and private consumption.

Key factors that are expected to drive economic activity in the UAE, according to Gulf Capital’s El Solh, include an expansionary fiscal policy and a growing number of infrastructure and construction investments in the run up to Expo 2020.

Similarly, Saudi Arabia’s economy is expected to start its recovery boosted principally by an expansion of the oil sector, fiscal and structural reforms and an ambitious diversification drive, he argued.

“With this economic recovery backdrop, we expect private equity activity to pick up both on the new investments and exit sides,” El-Solh said.

“We predict a number of exits in 2019, either to strategic buyers or through IPOs as the regional capital markets open up again and encourage new listings,” he added.

A note published in November last year by Fitch Solutions said that the region’s private equity industry has lost deal momentum that had been gradually rebuilding after the global financial crisis, and it seems unlikely to regain that uptick in activity again anytime soon.

“While the nascent PE market certainly has a future in the MENA region, we believe that 2019 will fail to provide much of a tailwind for its emergence on the global stage,” the report said.

The commentary cited weak macroeconomic conditions, oil price fears, along with rising political risks as the key reasons for the gloomy outlook for private equity in the region.

On the other hand, it highlighted Gulf Capital’s purchase of Geidea as a potential ‘green shoot’ for recovery, highlighting fintech’s potential in the region.

Fintech startups in the GCC are expected to attract $2 billion in private funding over the next ten years, compared to $150 million worth of investments in the last decade, according to MENA Research Partners (MRP).

“We are looking at numerous other similar opportunities in fintech, ecommerce, logistics, business services and consumer-oriented sectors. We hope to announce a number of new transactions in 2019 and to have an even more productive year than 2018, as we continue investing our third $750 million GC Equity Partners Fund III,” Gulf Capital’s El Solh said.

Attracting new investors to the market will be key, though, particularly as recent interest rate rises in the U.S. have been replicated in Gulf states such as Saudi Arabia and the UAE, whose currencies are pegged to the dollar.

Although higher interest rates will mean investors bracing for an economic slowdown could cut allocations to publicly-listed equity markets seeking higher returns from private equity, according to a recent Reuters report citing a Blackrock survey, it will also raise the cost of debt, which could prove problematic for highly leveraged private equity deals.

Century Financial’s John said that in some leveraged buy-outs, debt can comprise up to 97 percent of a deal’s capital structure, meaning small changes in interest rates can make big differences to repayments.

“It is through high debt that a private equity firm maximizes its return on equity. This makes the PE industry very sensitive to interest rates and in a rising interest rate environment deals are not very attractive,” he said.