Ivaylo Ivanov on how to play stock market panic 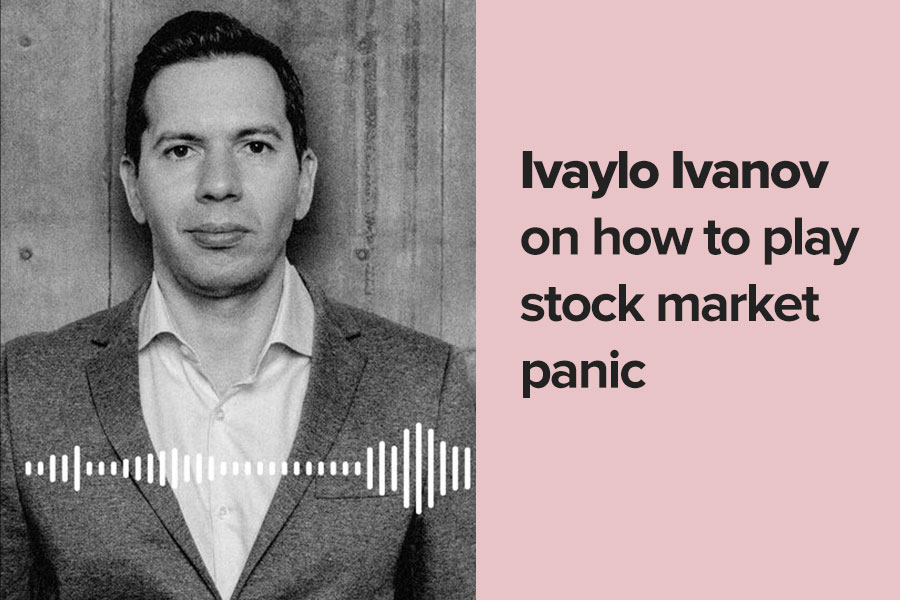 The market reaction to the coronavirus pandemic has been among the most astonishing in the long history of investment and trading.

Ivaylo Ivanov, portfolio manager and investment advisor representative at Zor Capital, told Opto Sessions that the correction had happened at a rare and remarkable pace.

“In six weeks we saw the size of correction that typically takes a year, historically, to happen,” he said. “A recovery that typically takes many months took four to six weeks. Some ETFs, which move 10% to 12% in a year, experienced a 60% drop in less than a month and then a similar recovery. Everything is happening much faster this time around. The magnitude of the moves has been incredible and something you see very rarely. It’s almost like a flash crash.”

As an author on books about market crashes and corrections, Ivanov perhaps has a better idea than most of the consequences of such volatility. However, he explained that no investor or trader knows how ferocious or gentle a correction will be when it begins.

How do markets correct themselves?

“There are two different types of correction. One is a shallow, normal pullback within a bull market of 4% to 8%, which typically can last several weeks. They happen at least twice a year every year,” he said. “Then there is a bigger correction that could last multiple months. That is where major averages go down by up to 40%.”

A correction typically starts, he added, with momentum divergences such as a major index like the S&P 500 rising, but fewer and fewer stocks participating in that climb and being above their 50-day moving average.

“The deep corrections typically see a big, quick drop of [up to] 20% in a week or two. It is a very quick sell-off and scares everyone. Then there is a quick bounce back, retracing about 50% of the first leg lower,” he said. “Then there is some time of choppiness. Indeed, the only thing that deep and shallow corrections have in common is there is a spike in volatility.”

He says psychology plays a large part in how investors and traders react to these often fast-moving events.

“Deep corrections typically last long enough to condition most people to become very nimble and sell positions very quickly,” he stated. “If you don’t, because these markets are very volatile, you see whatever profits you had evaporate. It’s why even investors become short-term, intra-day traders during corrections because it is the only way to make money. Instead of waiting a whole year to make 20% in a certain stock, you can do that every day. But if you don’t have the skills or the capital to trade intra-day or if you are a swing or position trader then just go to cash and wait it out.”

But the correction mindset is hard to alter even when a market recovers, most commonly by showing positive momentum divergence. This is when the number of stocks making new 50-day lows decreases, even if this does not conform to what the index itself is showing.

“When the recovery comes you have been conditioned into selling early and taking profits quickly,” Ivanov explained. “You are missing out on much bigger moves and it takes some time until you condition yourself again to stay longer." He suggests that every trader follows the same psychological path, swinging from a fear of losing and wanting to get out no matter what, to a fear of missing out on a quick recovery.

However, this could be more complex in current market conditions.

“Financial markets constantly strive to predict the future and they are currently pricing in a normalisation of our economy and our lives,” Ivanov said, however, he does note this doesn’t mean the market will necessarily end up being correct.

“If the raw data of economic numbers and new coronavirus cases do not conform to the current market thesis, then we might see another correction. It is why the stock market can seem counter-intuitive to people reading horrific news headlines. Stocks keep going up and they wonder why.”

However, there are things traders can do to alleviate some of the angst. “Follow prices, manage risk and don’t ask too many questions about the validity of this move or not,” Ivanov explains. “Market corrections usually mean even more opportunities than during normal times or a rise in the markets. You can make money on both sides.”