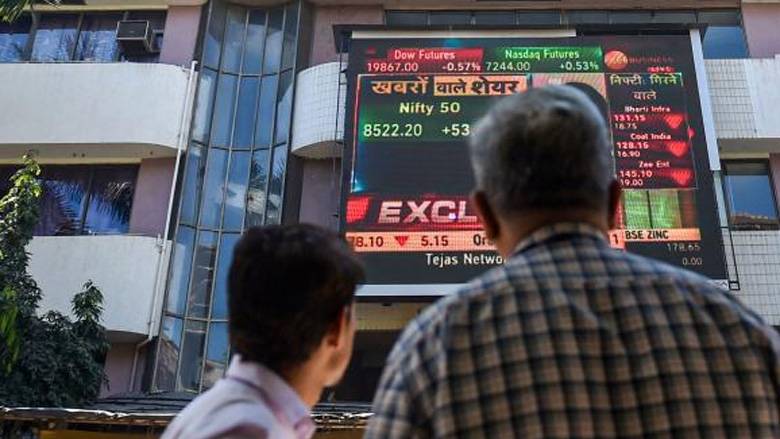 HDFC Bank was top Nifty gainer, recording 6 per cent jump after the Reserve Bank of India approved appointment of Sashidhar Jagdishan as managing director & ceo of the bank for a period of three years. He will be taking charge as the MD and CEO on October 27, 2020, the bank added. Sashidhar Jagdishan will replace Aditya Puri, who is due to retire as managing director of the Bank on October 26, 2020.

Meanwhile, the Indian rupee pared some of its initial losses and settled 3 paise down at 75.04 (provisional) against the US dollar to quote at Dh20.44 on Tuesday, even as domestic equity market was trading with significant gains.

The rupee opened weak at 75.13 at the interbank forex market, then pared some of its early losses to settle at 75.04 against the US dollar, down 3 paise over its previous close of 75.01 against the greenback.

During the session, the domestic unit witnessed an intra-day high of 74.85 and a low of 75.17 against the American currency.

Meanwhile, the dollar index, which gauges the greenback's strength against a basket of six currencies, fell 0.08 per cent to 93.46.

"Nifty50 and BSE Sensex both were up by 2 per cent. In nifty50 gain was led by HDFC Bank which was up by 6 per cent as RBI approved Shashidhar jagdishan as new CEO of HDFC Bank who is the top choice of Bank for CEO," said Arun Leslie John, Chief Market Analyst, Century Financial.