Where now for HSBC’s share price as profits crash? 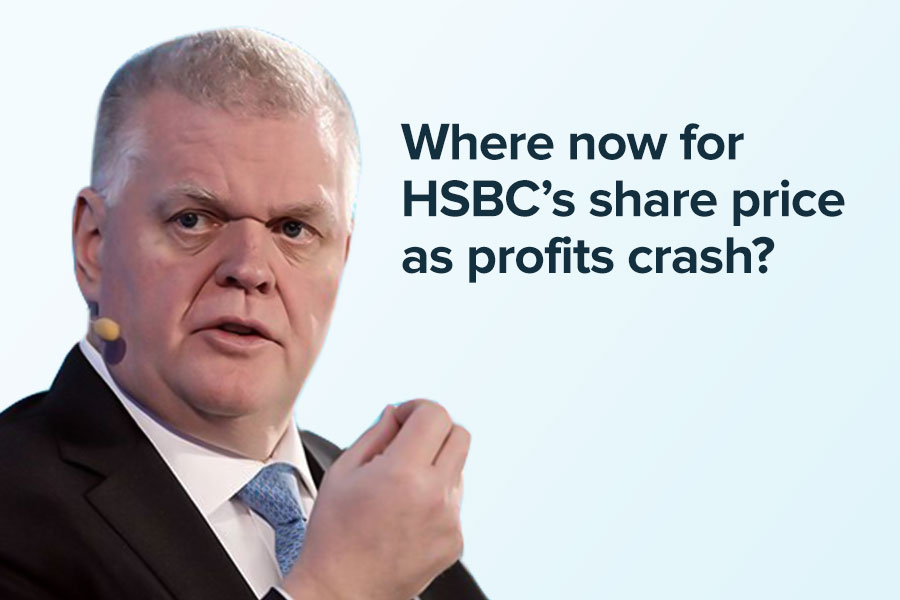 HSBC’s share price has crashed as the coronavirus plays havoc with global markets. Shareholders, analysts and traders alike got a first taste of the damage when the bank unveiled Q1 earnings. These saw profits dive and money set aside to cover probable bad loans.

But just how bad is the damage? And what does it mean for HSBC’s [HSBA] share price for the rest of 2020?

HSBC’s share price has tanked almost 32% this year due to the coronavirus outbreak. After briefly rallying last week, the share price again slipped as first-quarter earnings revealed the impact the pandemic is having on the bank. 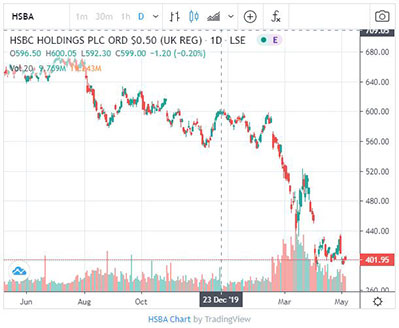 What happened in HSBC's Q1 earnings?

The bank cautioned that the figure set aside could rise to between $7 billion to $10 billion before the year's out. HSBC acknowledged that profits would be "materially lower" in 2020.

The sheer amount of money earmarked for bad loans effectively slashed HSBC's profits in half. Coming in at $3.2 billion, profits were down 47% while revenue dropped 5% to come in at $13.7 billion.

"The economic impact of the Covid-19 pandemic on our customers has been the main driver of the change in our financial performance since the turn of the year. The resultant increase in expected credit losses in the first quarter contributed to a material fall in reported profit before tax."

How vulnerable is HSBC to bad loans?

Common equity tier 1 capital ratio was 14.6%, a narrow drop from the 14.7% seen in the previous quarter. This robust figure indicates that HSBC has capital to stomach some credit losses.

Nicholas Hyett, an equity analyst at Hargreaves Lansdown, said: "If conditions get worse from here provisions for bad loans will increase, and together with credit downgrades that will eat into capital."

What about interest rates?

With central banks taking an axe to interest rates, banks are feeling the chop. In Q1 HSBC saw net interest margin fall from 1.54% last quarter to 1.56%. The year before it had been 1.59%.

“A change of five basis points might not sound a lot but HSBC has $1trn in loans on its balance sheet so every little change will make a big difference,” says Russ Mould, investment director at AJ Bell.

HSBC's outlook for interest rates is pessimistic with the bank warning that there would be a "material downward pressure on NIM in future quarters”.

Of the 22 analysts tracking the stock on the FT, only 3 rate HSBC a Buy. Almost half rate the bank Underperform. An average 12-month price target of 435.13p would see a 6.31% upside on the current share price.

Where next for HSBC?

"We are anticipating deep, severe recession events in western Europe and the US in the second quarter," HSBC's chief financial officer Ewen Stevenson said to the FT.

New CEO Noel Quinn had grand plans to reorganise HSBC and continue its 'pivot to Asia' where the bank makes most of its money. Those plans might have to be put on ice for the foreseeable future as the global economy recovers from the coronavirus.