10 stocks to add to your watchlist 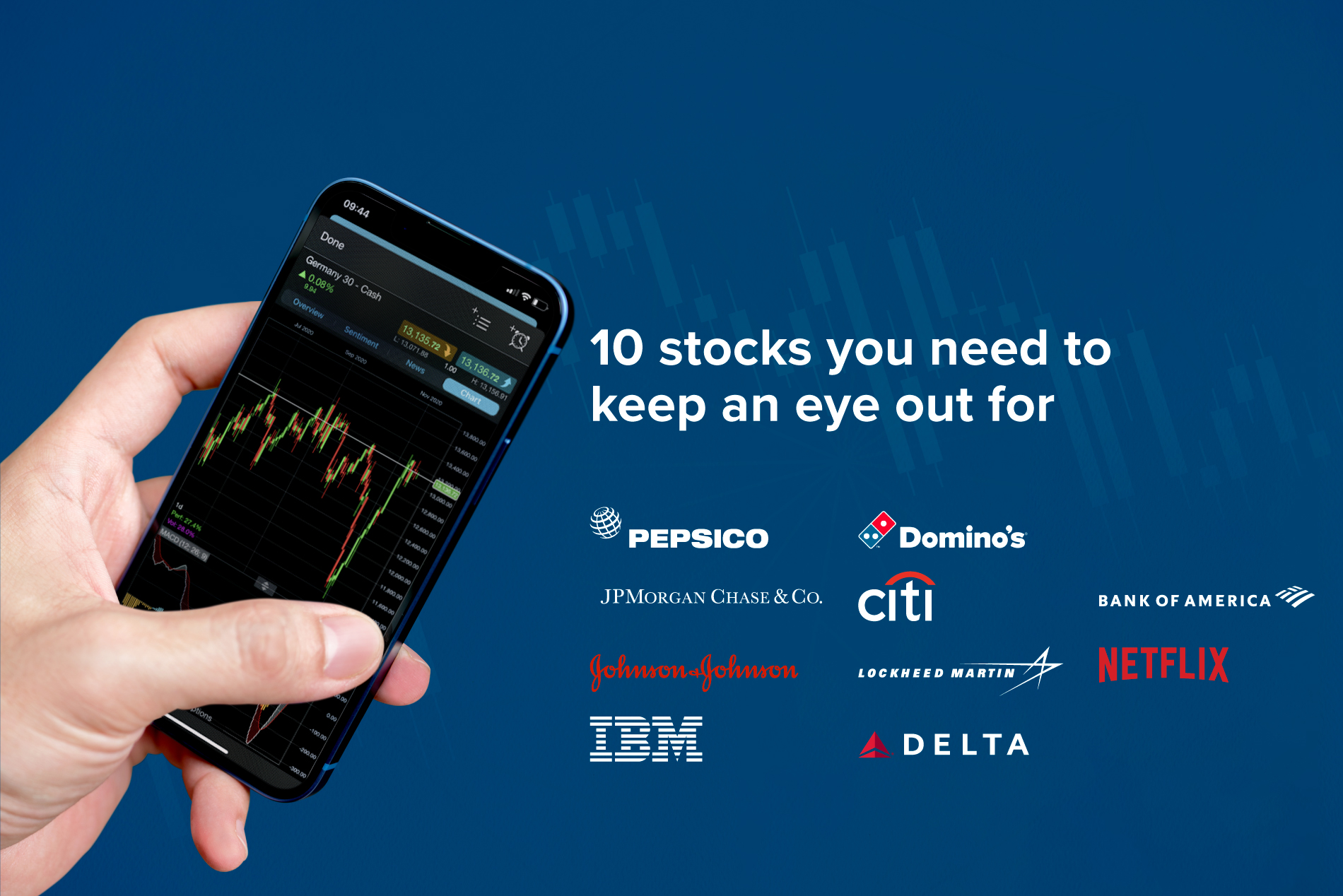 The year 2022 has so far been challenging as markets remain concerned about inflation, and the Federal Reserve continues to tighten rates aggressively. Plus, the ongoing Russia-Ukraine conflict is only serving to stress the markets. And even with these worries, here are some stocks that will be doing well.

Last week, PepsiCo reported better-than-expected quarterly earnings and raised its forecast for the year. This clearly indicated that even though rising prices squeezed household budgets, consumers were still willing to spend money on soda and snacks. In fact, they expect their revenue to grow for the year from 10% to 12%.

Key Catalysts: What is observed is that in recent quarters, PepsiCo's revenue has outpaced sales. They would have made an even bigger profit if not for the dollar strengthening, as its global sales were worth less when converted into dollars.

The multinational American pizza chain, Domino's Pizza, earned revenues of $1.06 billion for the third quarter. According to the company, the growth is a result of increased supply chain revenues powered by higher market basket pricing to stores.

Key Catalysts: Even though its revenue was good, its net income dropped by X%. However, its report did show efforts to control costs, and with the ease in labor cost, the stock is only likely to rise.

As inflation and a drop in purchasing power hurt demand for domestic travel, Delta Airlines, like a lot of airlines, garnered profits due to international travel. The company expects the growth trajectory to continue as leisure and business travel continues to recover.

Key catalysts: Aside from renewed interest by travelers to holiday, the airline carrier is taking significant steps to be further competitive by investing $60 million in startup Joby Aviation, to build and operate an electric vertical takeoff and landing aircraft.

JP Morgan Chase & Co beat investor estimates, as its revenue rose to $33.49 billion while net interest income surged 34% to $17.6 billion in the third quarter. The bank can thank the Federal Reserve as they battled inflation by increasing the interest rates.

Key catalysts: Even with the Fed tackling inflation, unemployment remained low. This has meant consumers and businesses are still able to repay loans. Plus, rising interest rates have suggested the bank's lending activity is generating profits. And a volatile market bodes well to fixed income traders.

Even as Citigroup reported a 25% decline in the third quarter profit, its revenue beat expectations, reaching $18.51 billion. However, investors were still apprehensive, and subsequently, shares of the company slid to 29%, the lowest among its peers.

Key catalysts: Even though in the short term Citigroup is likely to face a downward trend, in the long term, the stock is expected to remain strong as it has a sufficient allowance for bad loans, and its liabilities are made up of low-risk sources.

Bank of America's third-quarter earnings beat analysts' forecasts, as its revenue excelled expectations. Its earnings per share of $0.81 on revenue of $24.50. The results were a massive boost to the market sentiments, as they proved to lift investor spirits.

Key catalysts: As the bank has strong loan growth prospects, Bank of America is likely to benefit from the rising interest rates.

Over the past 12 months, Johnson & Johnson has added about 3% to its share price. The company has a stellar earning track record, and its pharmaceutical and medical device businesses are growing at a tremendous rate.

Key catalysts: Aside from generating consistent returns, the company announced it would begin a spin-off consumer health company called Kenvue. This is a major boost, as they are no more directly associated with Johnson & Johnson, limiting their exposure to lawsuits.

As the largest defense contractor in the US, Lockheed Martin Corporation has a steady inflow of orders, leveraging from its presence in the army, air force, navy and IT programs.

Key Catalysts: With a robust and steady flow of contracts, Lockheed Martin Corporation is poised to continue generating profits for its investors. And subsequently, a backlog of orders is only likely to boost its revenue prospects.

As the largest defense contractor in the US, Lockheed Martin Corporation has a steady inflow of orders, leveraging from its presence in the army, air force, navy and IT programs.

In the first half of the year, the video-streaming giant lost about a million subscribers and is expected to report a 30% drop in its earnings per share.

Why are we positive: Even as the company faces some challenges, its long-term business fundamentals remain strong. Plus, the streaming platform is focused on revenue growth and exploring paid sharing options, like a low-priced advertising-supported plan.

The tech giant is likely to come out with its results this week, with Wall Street expecting the company to earn $1.78 per share on revenue of $13.53 billion.

Key catalysts:The company seems to be in a transformation cycle, and its results show operational improvements underway. Even though it was late to the party, IBM boasts 3800 customers on its hybrid cloud platform, accounting for more than 70% of total software revenue and proving its no longer reliant on its legacy business.

Before you invest in stocks, you should also do your research to ensure the stocks are in line with your risk appetite. In stock trading, you should not be reckless as your capital is at stake.