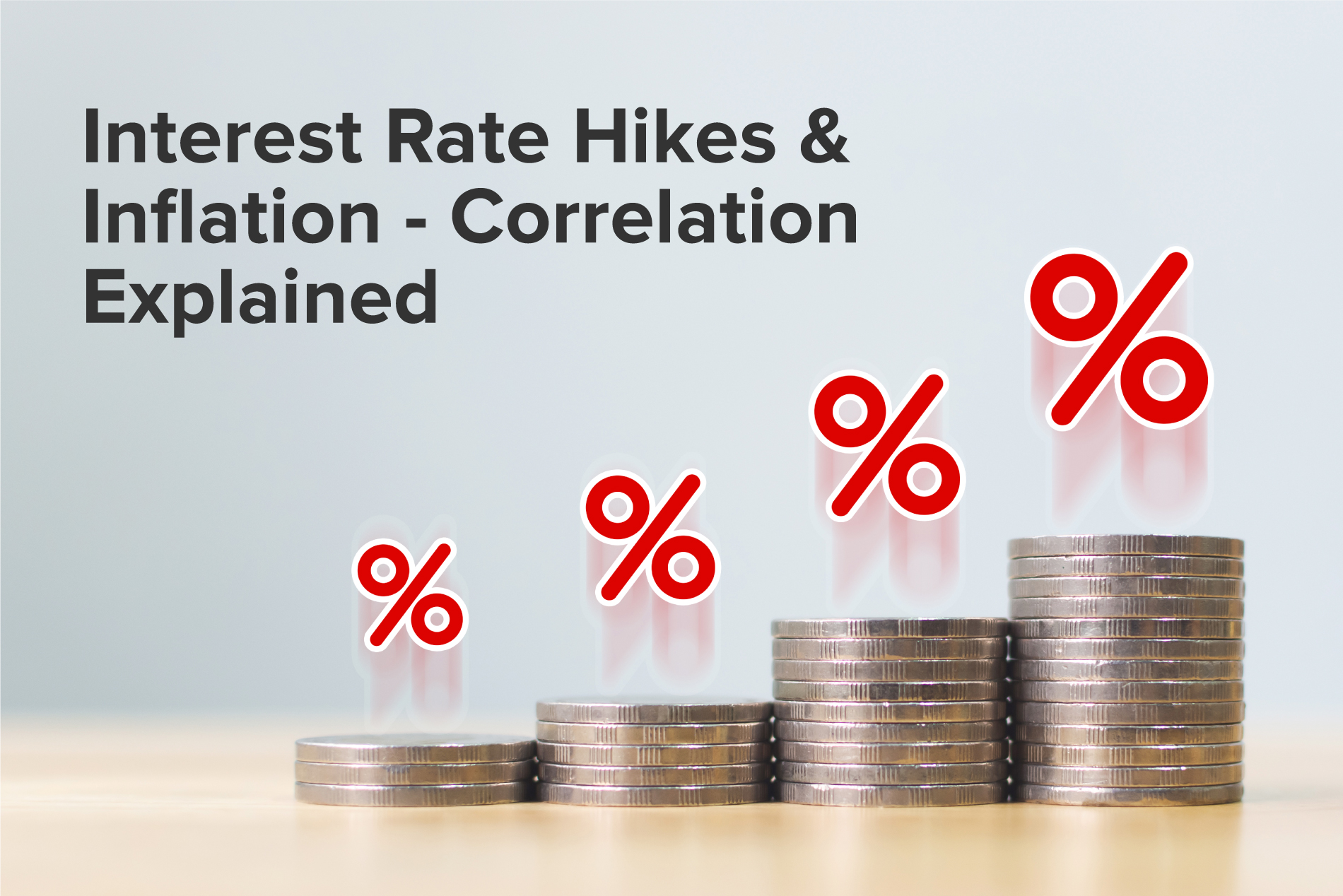 Inflation is at an all-time high and has grappled most economies.

As the stock market and bond valuation take a nosedive, the interest rate has increased across the board. Yet, at the same time, commodity prices are soaring like there is no tomorrow.

Most of us have heard the news of global central banks, such as RBI (Reserve Bank of India) and Federal Reserve, announcing significant hikes in interest rates multiple times during the same period.

So, is there any correlation between interest rates and inflation? This article should give you a basic overview. 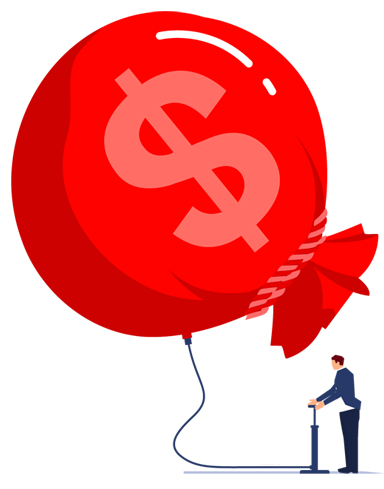 There is two fundamental valuations surrounding our money - real and nominal value. The latter refers to the denomination printed on a banknote and does not fluctuate. On the other hand, real value refers to the purchasing power of your money, which is subject to continual changes.

The term ‘inflation’ is defined as a phenomenon where prices rise throughout the economy, decreasing the general population's purchasing power. Inflation rarely affects any particular sector, is prevalent across businesses, such as commodity and oil trading, and affects the economy altogether.

Let's understand through an example. We had to shell out USD 2.89 on average for a movie ticket back in 1980. With inflation taking a toll, the same ticket cost USD 9.16 in 2019. From candies to consumer products, most items have suffered the same fate.

How do Governments Calculate Inflation?

CPI or Consumer Price Index is usually the most preferred inflation measure. But several central banks and governing bodies are also known to prefer PCE or Personal Consumption Expenditures index.

CPI refers to the monthly change in prices paid by consumers. It represents the weighted average of prices for a specific quantity of goods and services that can closely emulate consumer spending during a period.

In contrast, PCE refers to household expenditures, which can be calculated through business receipts. Some Government entities also use Core PCE Pride Index, which excludes the money spent on food and energy.

The Link Between Interest Rate Hikes and Inflation

As per the report released by the US Bureau of Labor Statistics, US inflation stood at 9.1% for a12 month period ending in June 2022, compared to 8.6% when the period began. The gain is the highest annual increase since 1981 for the US.

While gasoline and other oil trading commodities, such as fuel oil, saw a massive upswing, it also meant a 10.4% increase in food prices during the said period.

The government and governing bodies use interest rates to manage the free money supply in the market. This is why we usually see inflation and interest rate grow in tandem.

So, for example, when inflation rises, the Fed and other central banks will announce interest rate hikes to reduce the liquidity in the economy and boost savings.

The rate increase is a move to curb consumer and business spending, especially on items such as capital equipment. As a result, it would reduce the money supply in the economy, simultaneously leading to a reduced or controlled inflation increase.

But there is a problem: policy changes take time to implement, and it inadvertently means that every time inflation reaches the shore, it will do some damage before being shackled.

Although inflation and interest rates move in the same direction, there is a significant time lag. So by the time central banks realize that inflation is here and prices are affected, it already has played a part of its role. The interest rate hikes or cuts come after that to make amends.