Most traded currencies in the world 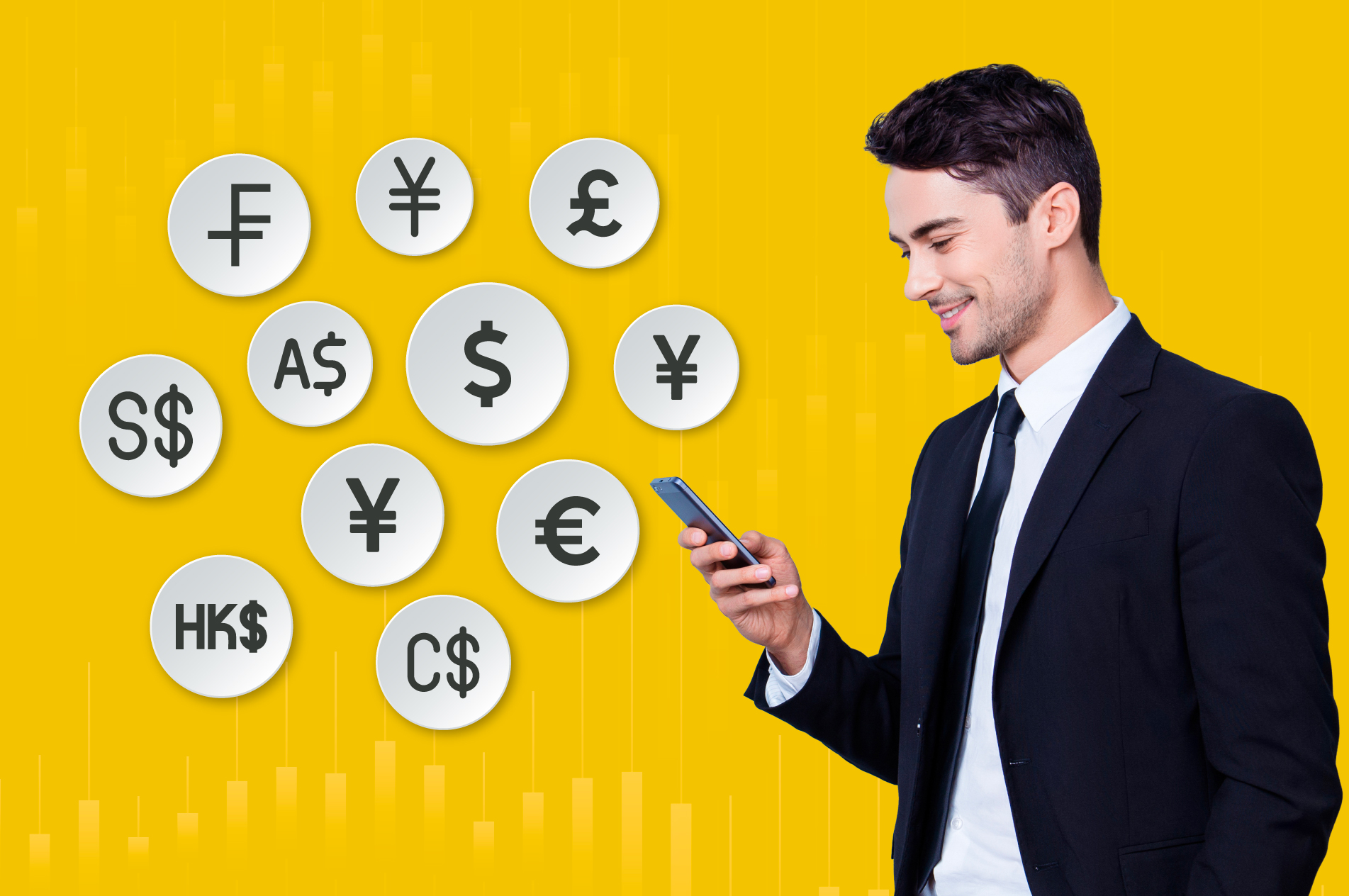 The US dollar is the dominant currency in the forex market, with 88% of all trades having a US dollar on one side. There are three reasons the US Dollar is popular among traders:

The US dollar is the dominant currency in the forex market, with 88% of all trades having a US dollar on one side. There are three reasons the US Dollar is popular among traders:

For international trade and investment, central and commercial banks hold the US Dollar as the main "reserve currency" of the world

Several commodities, including oil and gold, are priced in US Dollars

In fact, to maintain exchange rates, countries frequently lock their currencies to the US dollar rather than letting forex markets determine the relative value of the currencies.

The European Union's Euro takes second place on the currency trading list. Its appeal is directly related to the scale and economic clout of the area, which comprises 19 of the 28 countries within the European Union. Several nations in Europe and Africa peg their currencies to the Euro to stabilize their exchange rates. While investing in the Euro, you should consider political and economic developments like announcements by the European Central Bank, employment data, elections, etc. Such events strongly influence the Euro's value.

Issued by the Bank of Japan (BoJ), the Japanese Yen is the most traded currency in Asia. Many people see it as a good indicator of the underlying health of Japan's manufacturing-based economy that exports vehicles, electronics, machine tools, ships and textiles. Also, look out for oil prices when investing in JPY, as Japan is a major importer. Oil prices have a significant impact on the Japanese economy and the value of the Yen.

The pound sterling comes fourth on the forex trading platform, with its daily average volume reaching nearly US$422 billion. It accounts for 13% of global foreign exchange turnovers. However, the value of the GBP has been affected by Britain's exit from the EU in 2016. The recent changes in the country's political administration also added to certain fluctuations in its valuation.

In a 2022 survey, the CNH or the yuan rose to the fifth position in global currency trading from eighth in 2019. China's accession emerges from its steps towards liberalization of its foreign exchange regime, contributing to its rising economy. The country is also a major exporter of manufactured goods and commodities. Hence, China's terms with its trading partners, especially the US and Europe, impact the Chinese Renminbi's value.

The Australian dollar is a key currency in Asia-Pacific and is seen as one of the most important commodity currencies. Hence, price changes in Australia's main exports, like coal, iron, and other mined commodities, can impact the currency's value. Other factors affecting the AUD are Australia's foreign liabilities and the difference between the Reserve Bank of Australia and other central banks' interest rates.

Canada, like Australia, is rich in natural resources and a significant exporter of commodities. Therefore, the prices of these products can play an essential role in deciding the value of the CAD.

You must be aware of Switzerland's reputation for financial services. The country's 'banking secrecy' and low debts make the CHF a safe haven currency. As a result, the value of CHF rises amidst global uncertainties as money pours into the country. However, the Euro also influences the CHF, as nearly half of Switzerland's trades are within the eurozone.

The ninth most traded currency with a global FX turnover of 2.6%, the HKD is the only currency on the list which is not a major reserve currency. Profit opportunities with HKD depend mainly on the political scenario of Hong Kong, a major reason why HKD rose in the global currency trading list in 2016.

The SGD surpassed major currencies like the New Zealand dollar in 2022 to make it on this list. Three factors make the SGD an attractive investment

Major Currency Pairs To Watch Out

You can use the forex trading platform to deal in currency pairs, where two currencies quoted against each other can be bought and sold as a unit. The top currency pairs to watch out for are:

EUR/USD or the Fiber.

USD/JPY or the Gopher.

GBP/USD or the Cable.

EUR/GBP or the Chunnel.

There are various other currency pairs like AUD/GBP (minor) or USD/RUB (exotic). Choosing a currency pair largely depends on your trading goals and risk management.

You can get started on forex trading in Dubai or America with a well-planned trading strategy. Consider the influential factors for each currency before trading, and you will be set to venture into the forex market in no time.