This Halloween will Bulls continue to party or will Bears spook the markets? 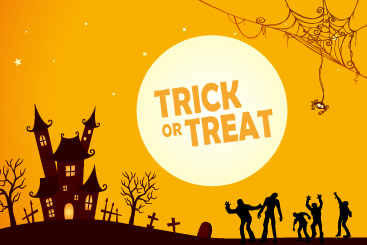 According to a theory called the Halloween Effect, stock investors might be in for some more treat. The theory is based on the idea that the stock market tends to rally more during the six months after Halloween (November through April) than it does in the six months before Halloween (May through October). Research shows that stock markets exhibit significant seasonality with the performance being consistently better in the winter months between November – April. Last year the Halloween effect did hold true as from May 2020 to October 2020, SPX 500 rallied by 15%, however from November 2020 through April 2021, SPX 500 rallied by another 27%. 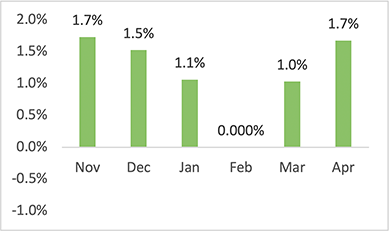 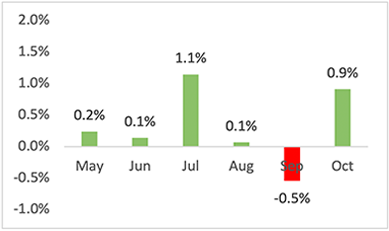 The old adage “sell in May and go away” has been around for decades. However, many have ridiculed the theory over the years and attempted to disprove it. But two new pieces of academic research have confirmed the Halloween effect, is a highly dependable trading strategy to hack.

In the biggest study of its kind, Professor Ben Jacobsen from TIAS Business School and Professor Cherry Zhang from Nottingham University Business School, examined the monthly returns from all 114 stock markets in the world, spanning more than three centuries. The research observed that on average stock markets rose 5.1%, from November to April, compared with just 1.1%, between May and October. The higher mean returns were evident in 89 of the 114 countries with the difference statistically significant in 42 of those countries, compared to only one country, Mauritius, that had significantly higher returns for May-October.

If we were to go by the books, Halloween effect should not work. According to the efficient market hypothesis, pricing of assets reflects all known information. So anomalies like the Halloween effect, which are both known and highly predictable, should quickly fade away. However, according to a separate study by four academics, one of the recent research pieces, the Halloween strategy is real and continues to provide opportunities to develop a trading strategy that can beat the market.

However, with the economy still facing the ravages of COVID-19 further burdened with surging inflation costs and supply chain-related issues, investors need to be prudent this year. Especially, after a stellar rally of SPX 500 index by almost 25% so far this year and with tightening monetary policy on the cards, bulls need to exercise some caution. Besides, this week US lawmakers proposed a billionaire tax and a minimum corporate tax proposed to fund the US stimulus plan that is forecast to cost nearly $2 trillion in spending over the next decade. The billionaire tax will be on unrealized capital gains of the super wealthy, and it would tax the increase in the value of uber-wealthy individuals' assets. If this proposal comes to fruition, there is a possibility that billionaires would be forced to sell a part of their shares to pay the tax bills. It would impact approximately 700 Americans with a net worth of over $1 billion or annual incomes over $100 million for three consecutive years. Another proposal, “The 15 percent minimum corporate tax”, would apply to companies that make $1 billion or more in income for three straight years, which means roughly 200 corporations. It would impact companies like Amazon, which reported more than $40 billion in profits over the past three years yet paid an effective tax rate of just 4.3 percent. This could potentially have an adverse effect on markets if the bill is passed.

Data shows short interest is at an all-time low and the quacking ducks are being fed well by the Wallstreet. Extremely low short-interest suggest overly optimistic markets- warranting some caution that markets could correct. The charts below show that the short interest is as low as it was in the year of 2000, i.e at the height of dot.com bubble when markets crashed. Meanwhile, stock issuance on the Wallstreet is at the highest level ever, as firms and Wallstreet know when its time to sell to eager buyers. 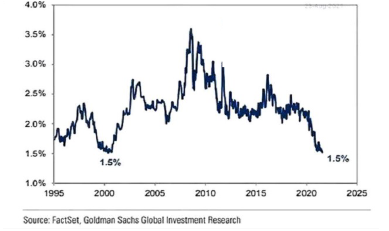 The chart below shows Wallstreet is issuing stock at a rate not seen in decades. 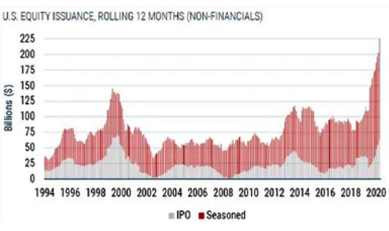 Nonetheless, Halloween theory cannot be ignored and challenging the current momentum in markets would not be the most sensible choice. As a result, investors are advised to be highly prudent and should play their trick wisely to enjoy the privilege of a treat.

Investors could continue to hold their long positions but need to resort to proper risk management practices. Protective Put strategy or covered call strategy could be some of the feasible options to hedge part of the portfolio while participating in the rally. Investors are advised to get in touch with their consultants to device an appropriate strategy suitable for their investment objective.

Having known about the Halloween effect, one question popping up in everyone’s mind, would be what contributes to this seasonal effect. Well for all the academic study that has been carried out into the Halloween effect, none has ever been able to provide a satisfactorily explanation with regards to why it happens.

Following are some previously explained theories as to why stocks rise from November through April:

However, these past theories have all been debunked and may be its just that the Halloween effect that retains an air of mystery.