By Century Financial in Media 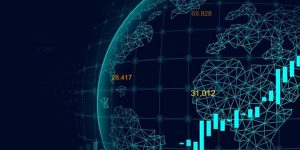 Devesh Mamtani is the President – Investment and Advisory (Financial Markets) at Century Financial since January 2017. He is responsible for risk monitoring and evaluation and the supervision of the research and trading divisions at the firm. Prior to joining Century Financial, Devesh was the Deputy Vice President for Global Wealth Management at the Edelweiss Group – India’s leading diversified financial services company. Devesh’s illustrious career kicked off in 2007 when he joined Deloitte Consulting (India) as an Associate Analyst before joining Motilal Oswal Securities – India’s leading integrated financial services company a year later. He later joined Asit C. Mehta as its Senior Vice President for Asset Management then moved to Edelweiss Group. Devesh graduated with a Bachelors Degree in Information Technology Engineering from Thadomal Shahani Engineering College in 2007 and is also a certified Financial Risk Manager.

Unemployment today is at multi-decade lows in many developed countries and wages, as well as consumer confidence, are strong today. In the United States, the unemployment rate of 3.5 percent in September was at a 50-year low, Eurozone unemployment of 7.4 percent is the lowest for 11 years while the UK rate is the lowest in 45 years. US Federal Reserve has cut the Federal Funds rate twice since July; however, it has termed it as more of a mid-cycle adjustment rather than the beginning of a rate cut phase. In fact, Federal Reserve chairman Jerome Powell has repeatedly stated that economic expansion is sustainable. In a recent meeting at Denver, United States, he referred to the 1990s scenario where the US economy recovered from a mid-cycle softness after Fed rate cuts.

Nonetheless, all is not well with the German economy on the cusp of a recession and fundamentals in China deteriorating. Chinese data released recently could be a source of concern to the global financial markets. Against expectations of stabilization; industrial production, retail sales, and fixed asset investment deteriorated. In fact, the industrial production showed the weakest reading since 2002. With additional tariffs coming into force on 15th December we could see Chinese data weakening further. To combat the slowdown, China has reduced the Required Reserve Ratio (RRR) of banks from 13.50% to 13.00%. RRR is the amount of cash that banks hold as a reserve and the cut has released $126.35 billion in liquidity to the economy. People’s Bank of China (PBOC) has now cut the RRR by seven times since 2018 and the move reflects concerns on the part of policymakers regarding the state of the economy.

The latest US ISM manufacturing PMI came in at 47.8 which was much lower than the figure of 50.4 expected by analysts. The drop was much sharper than the expectations of economists and represented the second consecutive print of a number less than 50. It confirms the fear that a global manufacturing weakness is spreading to the United States.

Whether the global economy will fall into a recession or not will be entirely dependent on the outcome of the US-China trade war. In economics, Rational choice theory assumes that people, given their preferences and constraints, are capable of making rational decisions by effectively weighing the costs and benefits of each option available to them. Well, if we go by the theory, it seems China and the United States should reach some sort of agreement to defuse the tensions. And there are enough reasons to do so with both their economies weakening and political risks also rising. US President Donald Trump will be facing elections next year while Chinese President Xi Jinping is beset with massive political protests in Hong Kong. If a deal happens, that could provide a boost to the global trade which will help in easing the recession fears.

Dubai being a microcosm of the world will benefit from the fall in interest rates as well as re-launch of stimulus measures across the world. Liquidity in the system is expected to rise on account of stimulus measures like the €20 billion per month bond-buying as well as cut of interest rates into negative territory by the European Central Bank (ECB).  Real estate is a sector that benefits from the rise in global liquidity and this is true of Dubai as well.

Statistics reveal that the total value of real estate transactions grew by 12 percent to Dh106 billion in the first five months of 2019 when compared to Dh95 billion in 2018. Looks like 2019 will be a good year for Dubai and there is a strong possibility that transactions this year will surpass the 2018 figure of Dh223 billion. Of particular interest is the fact that almost 57 percent in 2019 was fresh investments coming from new investors.  This indicates that there is strong interest in Dubai real estate among global investors. Dubai has improved transparency regarding upcoming project developments and deliveries in the real estate market, so prices might have already discounted the upcoming supplies and they could have already bottomed out.

Starting from October 20, 2020, and for 173 days, until April 10, 2021; Dubai Expo 2020 is expected to attract over 25 million visitors to its pavilions. Current projections indicate that Dubai is expecting 11 million visitors from the UAE and 14 million from overseas. Massive amount of supply is needed to accommodate these visitors and all EXPO related construction is expected to be finished by the end of the year. The event is likely to create 49,700 full-time jobs and boost the economy by Dh 122.6 billion over the long term. Given the track record of Dubai, the event is likely to be a success and 2020 economic growth should get a good lift.

GCC to bounce back?

Dubai economic scenario will also be supported by improving GCC fundamentals. Many of the GCC nations, especially Saudi Arabia and UAE have undertaken a lot of fundamental reforms to attract more foreign investment into their countries. Capital market reforms of Saudi Arabia have helped Tadawul’s inclusion in global benchmarks like FTSE and MSCI and this alone can attract foreign inflows of $20 billion. In UAE, cabinet has formally approved a 10-year visa scheme for professionals as well as the five-year retirement visa which should be a game-changer for the real estate industry.  Retirement visa will be issued to non-Emiratis over 55 who have investment property worth at least Dh 1 million or with financial savings of Dh 1 million or with a monthly income of Dh 20,000 or more. GCC nations are certainly moving in the right direction and there seems to be an urgency to their moves.

Competition between GCC nations is very high as all of them are oil-based economies trying for economic diversification. The good thing is that Saudi Arabia is also undertaking deep structural reforms to boost economic prospects. For the first time in decades, it is removing restrictions on the entertainment sector and this should be appealing for foreign investors as it is still in early stages of growth with a lot of potentials. Tourism projects in Saudi Arabia is also a growth sector since it is offering previously unexplored archeological destinations and pristine environments to outside investors for the first time ever. The banking and financial sector across GCC is also very attractive as there are consolidating which should drive higher profits.