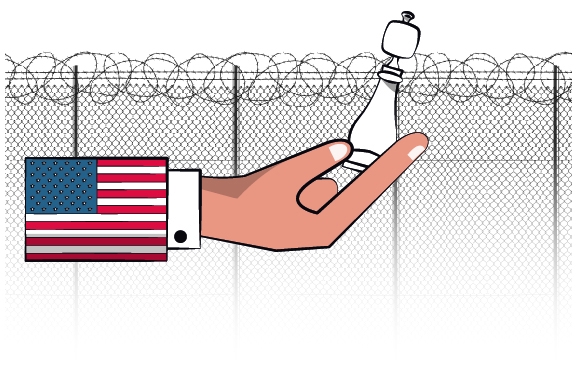 Trade wars between countries have been around a lot on the news lately, particularly that of U.S. with China and Mexico. Since Trump got into power as the 45th president of the United States, his Administration has tried to make several changes to the economy as part of his propaganda “Make America Great Again.” When Trump set a timetable to renegotiate NAFTA within a month of his presidency,fears of a trade war between the United States and Mexico were heavily speculated. One of the policy changes by Trump was to stop the flow of illegal immigrants from Mexico. To support this agenda of his, Trump dispatched a large number of troops to the southern border for security by declaring a national emergency.

Furthermore, he also went on to pass a $5.7 billion bill to raise funding for his border wall, which was heavily opposed and rejected by government officials and authorities and it eventually led to the longest ever shutdown of the US government – 35 days between December and January. Apprehensions at the border had been in an overall decline since the year 2000 but have seen a rise again since 2017 with around 99,000 arrests in April alone this year, the highest figure in over a decade (Rodgers and Bailey, 2019).  Many different nationalities such as Cubans, Haitians, and Africans desire to seek asylum in the United States due to many factors, some of them being domestic violence and poverty in the origin country and Mexico seems to the staging ground for these migrants mainly from Guatemala, Honduras, and El Salvador.” May this year alone saw a total of 144,278 apprehensions at the border which alarmed Mr. Trump.

Trump had consecutively warned Mexico to stop this illegal border crossing, including from Central America. However, Mexico failed to comply with Trump’s warning, to which Trump unexpectedly announced 5% tariffs on all Mexican imports starting June 10th, 2019 which would continue to rise every month unless the dispute was settled on his terms. If this were to come into play, it could have dreadfully harmed the U.S. economy as more than 6 million jobs depended on the trade with Mexico, not to mention the fact that Mexico is also the third-largest agricultural export market for the U.S. (FP Editors, 2019). The biggest losers of these tariffs would have been companies like GM and Ford, who moved a bulk of production to Mexico in order to cut costs. There has also been a recent rise in companies moving their production from China to Mexico in order to avoid Tariffs. Video company GoPro was one of these companies, deciding to move its production in May to ‘insulate against possible tariffs’.

Mexico stood to lose as well primarily with regards to its beer industry. While the beer was brewed and bottled south of the border, the key ingredients—the hops and the barley—came from north of the United States and tariffs could not only make the process more complicated but would make beer, Mexico’s No.1 agricultural export, more expensive.

However, On June 7, the US and Mexico signed an agreement where Mexico would try to crackdown the migrant flow into the US, and Trump would dissolve his threats of the tariffs. US demands included securing the border, making it hard for people entering Mexico from other countries to claim asylum in the US and cracking down on criminal smuggling organizations that charge migrants thousands of dollars to cross borders. Mexico has made efforts to uphold to its side of the deal and formed the Mexico National Guard and deployed a total of 6000 troops to the Mexican border for patrols to control the flow of these asylum seekers to more “reasonable levels.” While Mexico increased its efforts to control migration flow, the Mexican government had agreed to this deal in March itself during the secret talks in Miami between the secretaries of the two countries. Many believe that President Trump understood the limits of the deal but accepted it as a face-saving way to escape from the political and economic consequences of imposing tariffs on Mexico.

The sticking point of this deal isn’t the fact that the tariffs were lifted or that the deal was agreed quickly. Donald Trump’s use of these tariffs to get his trading partners to do his bidding sets a dangerous precedent for the US. In his aim to put the US first, self-christened ‘Tariff Man’ has opted not to trade under the Trans-Pacific Partnership. This has closed off many favorable terms for US producers and manufacturers. Trump promised to remedy this by striking individual deals with the countries. But these agreements were there to protect exactly what happened with Mexico. The NAFTA or the new version USMCA protected the member countries from arbitrarily applying tariffs. And the precedent this sets for any other country trying to negotiate with the US is a dangerous one.