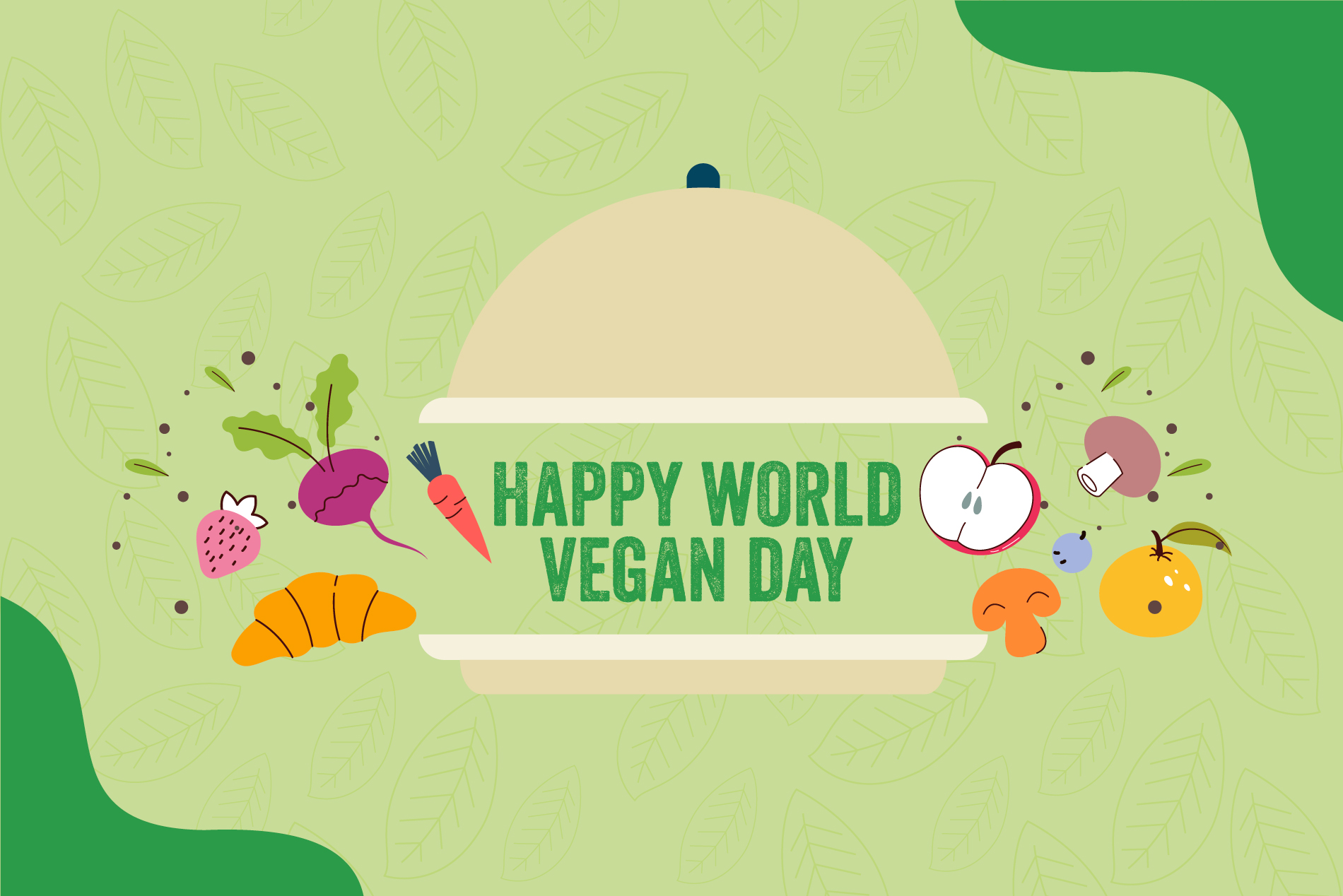 From coffee chains to restaurants, the above line has been increasingly appearing on menus. 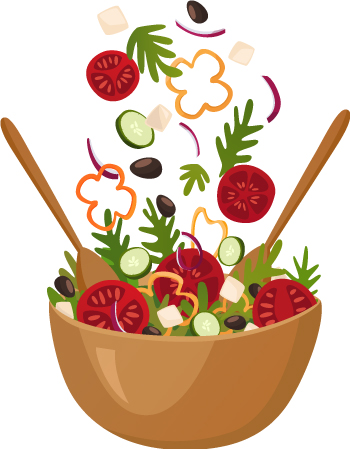 Veganism as a diet and lifestyle has been around for ages. But earlier, it may have been about fruits and veggies for your 3-meal course, while now you can have anything from burgers to beverages.

What if you could add it to your portfolio?

The terrible carbon footprint of the traditional meat industry, along with the sacrifice of animals for meat, has increased the transition to veganism and, therefore, plant-based food. The motivation for a sustainable environment and better health is seeing more people going the vegan way.

But how can plant-based burgers and beverages be an investment opportunity? You could make them a part of your portfolio using Exchange Traded Funds (ETFs), Commodity CFDs, and more!

First, let us dive a bit into the vegan market.

The value of Vegan

It is estimated that there are 79 million vegans in the world. If you were to form a country with only a vegan population, it would be the 20th most populous country. So, you can imagine the market size.

According to a study by a Growth Markets Report, the plant-based food market is expected to reach $34 billion by 2030. 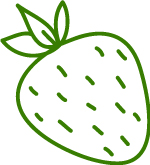 No one in the past would have thought that the meat industry would be disrupted at such a huge scale by an alternate option.

But it is not only the economic value that veganism brings. There is also the environmental value it adds.

The production of animal-based food and farming is considered to be the leading reason for the drastic climate change. The consumption of beef and dairy globally is believed to generate more greenhouse emissions than all of the world’s cars!

But are environment and ethics the only reason for the switch to plant-based food? 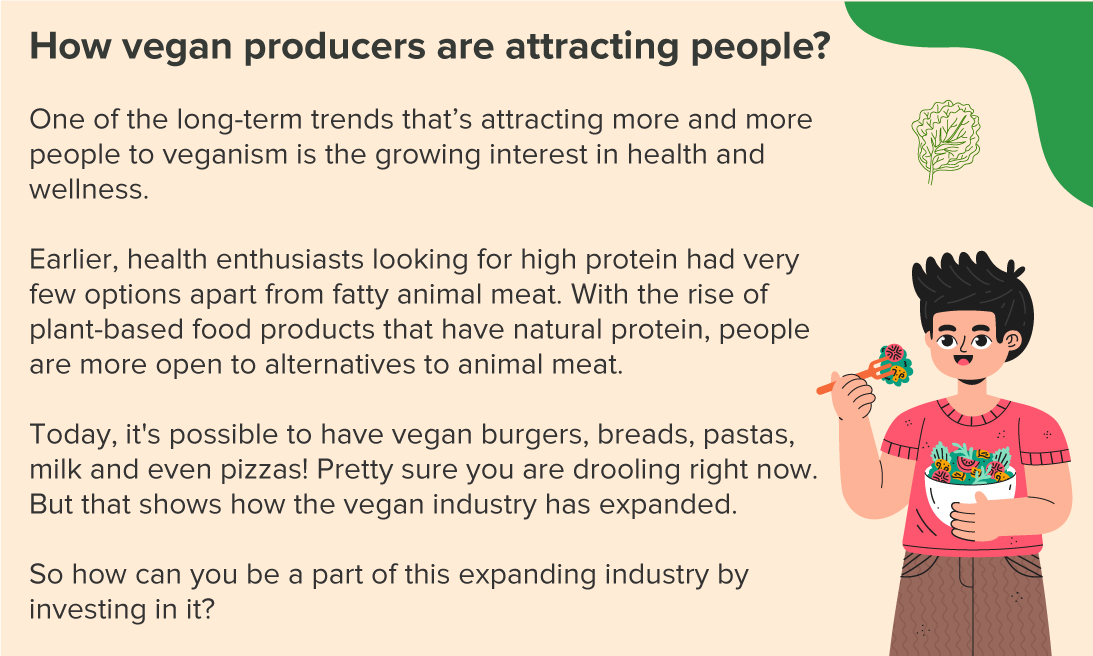 How can you invest in the vegan industry?

If you are looking to invest in the vegan market, the avenues available are wide, just as how the vegan menu is these days.

You could also look to invest in companies directly from the growing usage of plant-based food. Some of the companies you may wish to explore in this segment are:

California-based Beyond Meat is one of the largest companies in the vegan industry. It was the first vegan IPO when it was listed on Nasdaq in 2019. It was also 2019’s most successful IPO.

The company has shot to fame due to its production of plant-based meat alternatives, which are available in more than 80 countries. The company has also partnered with several major chains like KFC, Dunkin Donuts, Starbucks, Subway and more.

Bunge is an agribusiness and food company based in the United States. The company is an international soybean exporter, which is widely used in plant-based meat alternatives. Bunge is also involved in food processing and grain trading.

Oatly Group AB is a Swedish company engaged in producing dairy alternatives using oats. At the end of 2020, Oatly’s products were available in over 60,000 retail stores and 32,000 cafes. 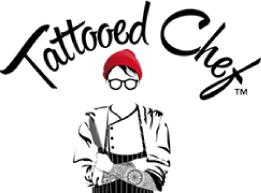 Tattooed Chef is a plant-based food company that offers a broad portfolio of innovative plant-based food products. The products include ready-to-cook bowls, acai and smoothie bowls, pizza crusts and more.

You can also indulge in commodity trading with the use of commodity ETFs. These ETFs generally track a commodity index, and your returns are based on the performance of the index. Some of the leading ETFs in the commodity space are:

Another way to invest in the vegan industry is through the use of Contracts for Differences (CFDs). Commodity CFDs can be used to get exposure to commodities, while you can also use CFDs for stocks, currencies and also trading indices. The high leverage and not having to own the underlying are some of the key reasons why more and more people are getting attracted to CFDs.

The growing awareness for preserving the environment and animal rights are making people turn to veganism. The industry has also been at the forefront of sustainable finance and ESG investing.

The vegan industry also provides a diversification opportunity for investors by not placings all the eggs in one basket quite literally.